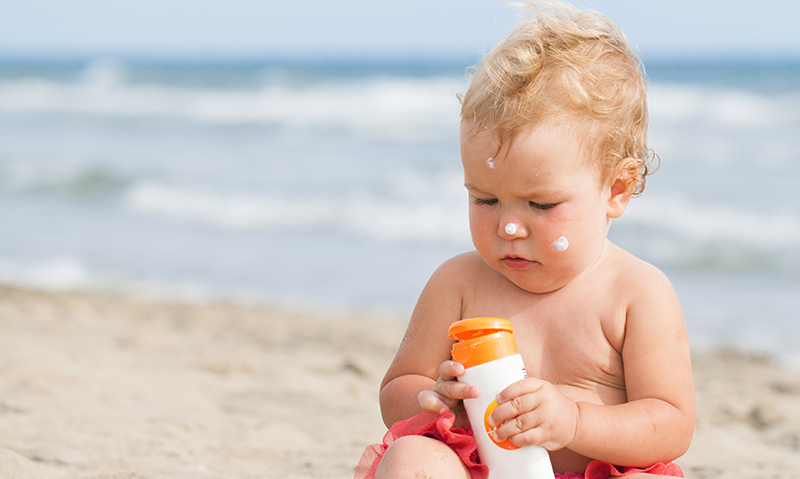 GENERAL practitioners must cut through mixed media messages about nanosunscreens and vitamin D to give fearful patients clear advice about appropriate levels of sun exposure and the safety and efficacy of sun-safe products, say experts.

The MJA article, by Associate Professor Paul Wright, a toxicologist and head of the Nanosafety Research Group at RMIT University in Melbourne, tackled public concerns about the safety of sunscreens containing nanoparticles, saying that not only were they safe, but also provided more effective protection than “regular” sunscreens.

“Safety concerns were first raised a few years ago when tradies working with painted roofing materials discovered that if they were wearing nanosunscreen on their hands, they left their fingerprints,” Associate Professor Wright told MJA InSight.

“After many months under the Australian sun, the ultraviolet (UV) light bleached the surface where the fingerprints were, and that voided the guarantee on the roofing material. So the manufacturers told tradies that if they were using nanosunscreen on their fingers, they shouldn’t touch the material.

“From that stemmed a concern in the general community along the lines of ‘if it can do that to roofing, imagine what it can do to your skin’.”

Those safety fears were unfounded, Associate Professor Wright said, with evidence showing that in fact, the differences between human skin and roofing material changed the effect of nanosunscreens significantly.

“Nanosunscreens are formulated to stay on the surface of skin, which is a dead layer,” he said. “Very little gets through that dead layer, and in fact we’re constantly shedding that layer – millions of cells a day.

Craig Sinclair said that the MJA article was an important addition to the body of evidence about the safety and efficacy of nanosunscreens.

“It certainly reinforces the outcomes of the Therapeutic Goods Administration review that found that there is not sufficient evidence for concern about the safety of nanosunscreens,” Mr Sinclair told MJA InSight.

“It’s important that consumers and patients are reassured so they are not inhibited in their use of sunscreens.

“Nanosunscreens are more efficient on a number of levels, not the least of which because they are more cosmetically appealing and therefore people are more willing to use it.”

Associate Professor Wright explained that because of the minute size of nanoparticles – less than a thousandth of the width of a human hair – nanosunscreens rub on clear.

“If you put zinc oxide in sunscreen at that very small size, it becomes transparent, but is still opaque to UV light,” he said.

“Nanoparticles are more efficient per weight than the big bulk particles in scattering and absorbing UV light, and they don’t break down under UV light.

“Some of the organic sunscreens break down under UV light and turn into allergens for some people.”

Mr Sinclair said consumer surveys had shown that people preferred to use sunscreen that went on clear, without the “ghosting” effect of regular sunscreen, and so they were more likely to use it and reapply it often enough for it to be consistently protective.

The other sun-safety related issue proving contentious for the general public was vitamin D and the fear of risking sun exposure to ensure adequate levels.

Both Mr Sinclair and Associate Professor Wright said that a minimal amount of exposure to the sun was sufficient to provide Australians with enough vitamin D, unless they were in high-risk groups for vitamin D deficiency – osteoporosis, osteomalacia, disorders of calcium and parathyroid hormone, malabsorption, chronic renal disease, darker pigmented skin or reduced sun exposure, as well as those under 16 years of age and patients taking drugs known to reduce vitamin D levels.

“In summer, between 10 am and 4 pm, when the UV index is below 3, you only need as little as 8 minutes of sunshine to the arms and face to get enough vitamin D,” Associate Professor Wright said. “In winter, in Melbourne, you might need half an hour.”

Mr Sinclair said the Cancer Council’s message to Australians was simple and important.

“We encourage people to be outside and physically active, using protection against the sun when the UV index is over 3,” he said.

“Following those guidelines, and using sun protection when necessary, they shouldn’t be concerned about their vitamin D levels.”