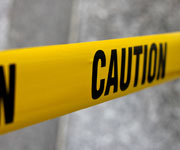 UNIVERSITIES around Australia are pressing ahead with physician assistant (PA) training programs, despite a “turf war” with the AMA, which says they will take scarce clinical placement and training positions away from trainee doctors.

The recruitment of trained PAs from overseas has also met some obstacles, with a pilot trial demonstrating initial difficulties with their introduction to the South Australian health care system. Outcomes of the trial are reported in the MJA. (1)

A question mark also remains over whether PAs will be approved as registered practitioners with the Australian Health Practitioner Regulation Agency, which would allow them to order radiology and pathology tests and prescribe medications.

The American Academy of Physician Assistants defines PAs as health professionals who are members of a medical team with supervising physicians. PAs deliver a broader range of medical and surgical services than nurse practitioners. They can conduct physical exams, diagnose and treat illnesses, order and interpret tests, counsel on preventive health care, assist in surgery and prescribe medications.

In the United States, where there are more than 75 000 PAs, they work in primary care, hospital and ambulatory care settings including emergency departments, procedural medicine, the defence forces, and in metropolitan, rural and remote areas.

They are considered by some as a new hope to relieve the severe workforce shortage of doctors in Australia.

But in the SA trial of two US-trained PAs at Queen Elizabeth Hospital, their scope of practice was limited, full use of their prescribing licence was not allowed until 3 months into the trial, and their authority to order radiology tests was limited.

However, coauthor Professor Guy Maddern, head of surgery at the University of Adelaide, told MJA InSight that the PA role and its fit into the SA health system had since been evaluated by independent contractors, who found that it was effective and well received.

As a result, PAs could be considered a useful workforce solution in SA provided they were accepted as a registered profession, he said.

Professor Maddern, who is helping set up a 2-year PA masters course at the University of Adelaide, said PAs would not take jobs away from graduating doctors.

“The whole concept of the PA is not to be a doctor but to make the doctor you’ve got more productive,” he said.

They also would not make a big impact on clinical placements, he said. For example, the University of Adelaide would have about 25 PAs and 600‒700 medical students in clinical attachments at any one time.

However, the Adelaide PA course was unlikely to start next year unless PA registration was assured, Professor Maddern said.

Professor Peter Brooks, director of the Australian Health Workforce Institute, who set up the University of Queensland course, said there was still a lot of turf warfare with doctors over PAs.

“But there is plenty of work for all of us,” he said. “We are going to have to recruit about half a million people to the health workforce in the next 10 years.”

Professor Brooks said the US experience showed that PAs who worked for GPs and specialists made more money for doctors because PAs enabled them to see more patients.

Fears that PAs would cut into clinical placements for trainee doctors were also ill founded, he said. “The trials in Queensland and SA suggested, in fact, that [experienced] PAs actually taught the nurses,  doctors and medical students a lot of stuff and that is the experience of the US as well,” he said.

“There are a lot of situations in remote towns, especially, where there is too much work for one doctor and no relief for them as far as being on call … but there is not enough work for two doctors so it is a perfect situation for a PA,” Mr Forde said.

“PA proponents are hopeful about addressing two major barriers to practice: indemnity coverage and access to Medicare billing and the Pharmaceutical Benefits Scheme,” he said.

Associate Professor Moira Sim, postgraduate medicine coordinator at ECU, said they were aiming for 20 students in their first PA training cohort next year.

“The ageing population means that despite increased training of medical students, demand for workforce will outstrip supply,” she said. “We need new models of health care to meet these needs.”

AMA vice-president Dr Steve Hambleton said the AMA opposed the introduction of any new health care professional because of the enormous increase in the number of medical students who needed training and placements.

“There are some conceptual benefits in having a new health professional who is actually assisting or leveraging doctors’ skills but the timing is entirely wrong,” he said.

“Even senior, trained PAs, who are quite useful in the health system, will still take away clinical experience [from students].”