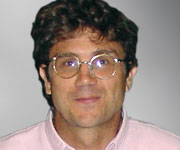 YOU wouldn’t expect astrophysicists to be involved in changing cancer treatment, but Paul Davies and I have developed a new model for the origin and evolution of cancer.

The main conceptual novelty of our model is that the complex adaptive behaviours of cancer do not predominantly come from internal Darwinian evolution during the several decades in which cancer may progress inside a human body.

Rather, these behaviours have their origin in the destruction of the relatively recently evolved genes that control cell propagation and the reactivation of ancient genes that were in control a billion years ago, before the evolution of highly differentiated cell types in multicellular organisms.

Our model conceptualises cancer as a genetic and physiological atavism, not as a result of mysteriously resilient and adaptive rogue cells.

How could this reconceptualisation change cancer treatment?

Our model gives hope because it predicts that the number of adaptive behaviours available to cancer is not open-ended. The “weapons” cancer uses to progress are old and limited in variety.

Our model is described in more detail in our paper published in Physical Biology, in which we describe ways to test the model.

So where did this idea come from?

Although Paul Davies and I were both trained as astrophysicists, about 10 years ago, we both became interested in astrobiology and the question “Are we alone?” Astrobiologists study the big picture view of the evolution of life on Earth — macro-evolution on time scales of billions of years.

The origin of multicellularity in terrestrial life is one of the important things we need to know about, if we want to make guesstimates about multicellular life forms on other planets.

Our paper had its origin in a cancer workshop that Paul hosted about a year ago. As astrobiologists, we had studied the evolution of the cellular differentiation that leads to the different organs in a multicellular body.

As new students of cancer, we were taught that cancer cells de-differentiate and survive all too well. So it seemed natural to us that to reverse the pathways of differentiation and survive ― as cancer does ― it had to depend on the toolkit of genes that had evolved before differentiated cells.

The evidence in support of our theory includes the following:

Our genomes are like an oil painting on a canvas that has been painted over and over again with multiple scenes in the different layers. When turpentine is splashed on it, removing regions of the surface painting, you don’t get random scenes — you get glimpses of the underlying scenes that were painted years earlier.

Those underlying scenes are like an ancient genetic toolkit. As those ancient scenes do not contain the genes to strictly regulate cell proliferation, the cells can proliferate without knowing where they are in the body, and cancer emerges.

Looking at the very big picture of evolution over billions of years has provided the model that we think biomedical researchers need to find better treatments for cancer.

Professor Paul Davies is a physicist, cosmologist and astrobiologist and director of the Beyond Center for Fundamental Concepts in Science, at Arizona State University, USA.