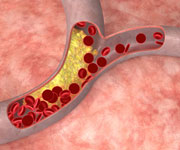 AUSTRALIAN experts say there is no need to change the way statins are prescribed for primary prevention of heart disease despite a Cochrane meta-analysis concluding there is not enough evidence to recommend their widespread use.(1)

The experts said the review did not provide information that would warrant changing current prescribing guidelines and that there were proven benefits from the use of statins.(2)

Death from any cause as well as the incidence of heart disease and stroke were lower in patients on statins, and blood cholesterol was reduced.

There was no clear evidence of any significant harm or reduction in quality of life.

They said there was limited evidence of cost effectiveness and recommended that statins be prescribed with caution for patients without coronary heart disease.

Professor Glasziou, a GP and director of the Centre for Research in Evidence-Based Practice at Bond University, Queensland, said the review did not overturn anything in the current Australian guidelines on prescribing statins.

He said the review may make doctors think more about which patients should be prescribed statins for primary prevention.

“For example, someone with a low-ish risk, such as a 45-year-old woman with a cholesterol of 6-plus but no other risk factors, probably doesn’t need to be on statins as her total cardiovascular risk is still low. But that is in line with current guidelines,” Professor Glasziou said.

He said these meta-analyses were more statistically valid than the Cochrane review.

They showed that more intensive statin therapy reduced the rate of vascular events with no evidence of increased risk.

Professor Hamilton-Craig, clinical lead in internal medicine at Griffith University, said the Cochrane review sent the wrong message about the use of statins and would be seized on by governments looking for ways to save money.

“GPs should look at baseline risks when deciding whether to prescribe statins,” he said.

“But this review will not affect guidelines on recommending statin therapy for primary prevention.”

6 thoughts on “Stick to statin therapy”