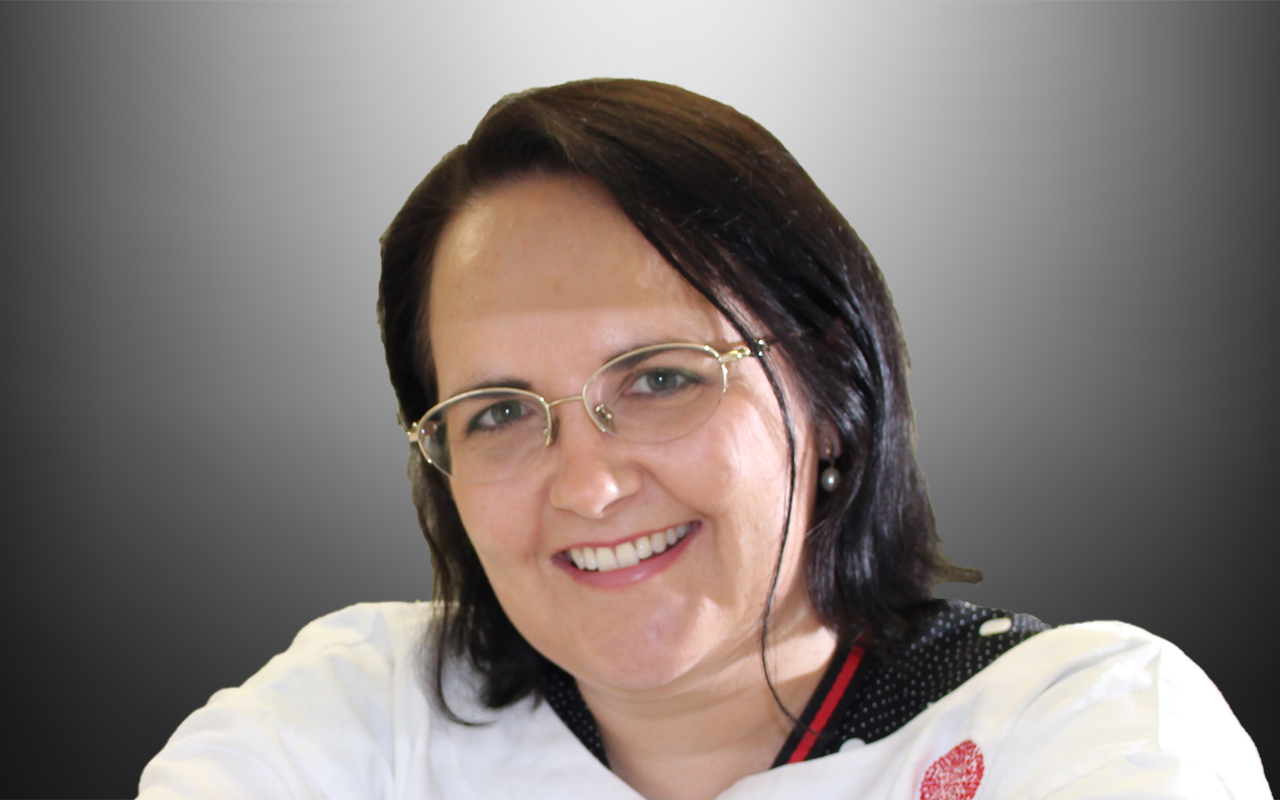 WHERE you live should not determine if you survive a serious accident, yet people who live in rural and remote Australia are up to five times more likely to die from their injuries than those in major cities. Time is the real killer. The farther you are from a tertiary hospital, your risk of death after traumatic injury increases minute by minute.

Bleeding is responsible for up to 40% of all trauma deaths, and up to half of these deaths occur before the patient reaches hospital. There is an urgent unmet need for improved treatments to resuscitate and stabilise injured and bleeding patients in distant locations before they reach hospital.

For the past decade, my mentor, Professor Geoffrey Dobson, and I have been developing ALM, a novel fluid therapy for use on the battlefield. We’ve shown that ALM can slow biological time and potentially buy the 10 minutes required to save a life.

ALM is a combination of three drugs: adenosine, lidocaine and magnesium. It rescues and stabilises the heart, protects the organs and stops bleeding. ALM’s capacity to increase survival rates in hostile environments is a potential game changer for the US military, which has funded our research since 2012.

For me, the most exciting potential application of ALM is closer to home: ensuring the people of north Queensland, most of whom live in outer regional, rural and remote areas, have the very best possible access to health care. Being part of the College of Medicine and Dentistry at James Cook University and learning about the incredibly important work so many of the staff and students have done and continue to do to address the inequities in rural and remote care inspires me to do the same in my field of trauma research.

My goal is to have ALM therapy in every soldier’s backpack, in ambulances, in LifeFlight rescue helicopters and Royal Flying Doctor Service (RFDS) planes, in rural medical centres, and in medical kits on remote stations, so first responders can resuscitate and stabilise injured and bleeding patients as close to the point of injury as possible and give them a fighting chance.

Our objective for the US military was to develop a small volume fluid therapy that could reduce potentially preventable deaths from haemorrhage within the first 30 minutes after injury and stabilise wounded combatants for extended periods until safe evacuation. To afford this kind of protection, we took a whole-body systems approach.

ALM reduces metabolism and, in doing so, reduces the body’s demand for oxygen, thereby preserving vital supplies. Simultaneously, it redirects the blood flow, improving oxygen delivery to the heart, brain and other vital organs.

ALM’s ability to act like a pharmacological tourniquet and stop bleeding is key to its effect of improving early survival, while its anti-inflammatory and whole-body protective effects will help to prevent later deaths in those casualties who survive their initial injury. This includes stopping infection after damage control surgeries conducted in far-forward field hospitals.

Preclinical studies to date (here, here and here) have shown 100% survival up to 3 days after severe abdominal trauma and uncontrolled bleeding, with current grant submissions aimed at extending this to 7 days’ survival. This is in direct response to the future needs of the military, who are preparing for forthcoming missions in austere, far-forward environments where teams may be accompanied by only one trauma surgeon or medic in the field. They need to be able to rescue, resuscitate and stabilise multiple casualties for up to 7 days without any other resources coming in.

ALM’s small volume – 250–280 mL administered intravenously per injured casualty – is an important advantage for use on the battlefield. The resuscitation fluids that combat medics have to carry are the heaviest component of their packs and can be depleted quickly. To be an effective therapy for the battlefield, ALM needed to be a solution that could fulfil multiple roles, was stable, easy to administer and logistically useful. Our drug does not require refrigeration and is stable for about 180 days at a wide range of temperatures.

Safety and toxicology studies of ALM therapy have recently been completed (unpublished data under embargo), a key milestone in the drug development process. Our transition plan sets out a goal of field use of ALM to treat injured soldiers on the battlefield at the point of injury and during evacuation by 2027.

Trauma care in the tropics

While we don’t often equate rural and remote Australia with a battlefield, when it comes to the provision of trauma and emergency care, there are many similarities. Both environments share analogous challenges, including longer times to reach hospital and fewer resources. The main issues are often weather and terrain. Often there might be no lights on remote airstrips, making them inaccessible at night. Hours may have elapsed before an injured patient is discovered, so rescue times blow out. There’s still a real lack of understanding in urban areas as to the unique challenges of providing care in a geographically diverse region such as north Queensland.

For this reason, we are working with Queensland Retrieval Services and the RFDS to assess trauma care in outer regional, rural and remote northern Queensland, and investigate the potential use of ALM therapy for pre-hospital emergency care. Throughout 2021 and into 2022, I have been gathering data on the incidence and severity of trauma in north Queensland, following approximately 2300 patients from point-of-injury through to hospital discharge (or mortality) over a 3-year period from 2016.

Five hospital and health services are collaborators on this first-of-its-kind study: Cape and Torres, Cairns and Hinterland, North West, Townsville and Mackay. After completing this study at the end of 2022, we hope to start planning for a pre-hospital trauma trial. We hope RFDS and LifeFlight medical officers will be administering ALM to patients across northern Queensland and into the Northern Territory and Papua New Guinea in this trial in 2024.

Stemming the ripples of concussion

Beyond battlefield and rural medicine, the potential scope for ALM is extraordinary: from treating concussion on the sporting field to improving surgery recovery times.

Head trauma is a critical health problem, with an estimated 70 million people experiencing a head injury around the world every year. Concussion is a mild head injury, now recognised as an increasing and serious problem in many sports, including amateur and junior sports. This is an area in which I want to make a difference because concussion can have debilitating persistent effects, and repeated concussions have been associated with increased risk of mental illness and neurodegenerative disorders such as Alzheimer disease.

These devastating consequences are becoming more prevalent in military personnel who served in Iraq and Afghanistan. It is estimated that more than 300 000 returned servicemen and women experienced at least one head injury, primarily from improvised explosive device explosions. While little can be done to influence the initial blow or primary injury, effective neuroprotective drug therapies are urgently required to prevent or reduce the secondary injury – all of the downstream ripple effects.

The neuro- and cardioprotective effects of ALM therapy make it an ideal candidate for early treatment of head trauma. Preclinical studies showed a threefold increase in blood flow to the brain one hour after injury, helping to prevent the death of brain cells, as well as a 70% reduction in brain injury markers.

Future studies of ALM therapy will also investigate new and innovative drug delivery mechanisms, such as a nasal spray or patch, particularly for concussion and paediatric patients, and for RFDS medicine chests on rural and remote properties. Simple, non-invasive, modes of delivery would enable ALM therapy to be administered anywhere a patient is injured, to improve outcomes even if there is a delay to ambulance or aeromedical medical personnel arriving on scene.

Surgeries are in themselves a major trauma, something that’s not always recognised. A serious car accident early in my university studies not only changed the course of my medical career, it had lasting impacts on my health. Multiple surgeries, including spinal surgery, while essential for repairing my injuries and quality of life, contributed to autoimmune conditions, nerve damage and chronic pain.

There are 310 million major surgeries performed globally every year, and there is a huge window to reduce surgical trauma and morbidity, including hyperinflammation, bleeding, infection, and development of scarring or adhesions. Preclinical orthopaedic models have shown ALM therapy, administered as a drip during surgery and into the joint prior to skin closure, reduces inflammation and scarring and improves function (and here). One of our current US military-funded projects is exploring ALM’s applications to get Special Forces soldiers back to full function after anterior cruciate ligament injury and knee reconstruction surgery, which happens at an increasing rate in military personnel and sportspeople.

The development of new therapies is often compared to a funnel, where thousands of potential drugs start the process at the top of the funnel, followed by mass attrition, until finally, if you are incredibly lucky, one drug may make it through to the other side of the funnel after up to 20 years of preclinical and clinical trials at an average cost of $US2.6 billion. The unfortunate reality is that less than one in ten drugs that show initial therapeutic promise actually translates to clinical application.

With each passing year and each milestone, including successfully translating initial results into a clinically relevant large animal pig model, and the recent completion of safety studies (unpublished data under embargo), our confidence grows. We will achieve our primary goal of having ALM therapy in every military, aeromedical retrieval, ambulance and remote-area medical kit. There are many more challenges to come, but we keep working at it, modifying and improving for the future benefit of every single soldier on the battlefield and trauma victim in regional, rural and remote Australia.

Dr Hayley Letson is a Senior Research Fellow in the Heart and Trauma Research Laboratory at James Cook University’s (JCU) College of Medicine and Dentistry. After graduating from JCU with a Bachelor of Science and a University Medal, Dr Letson completed a PhD developing a novel small volume fluid therapy for resuscitation of traumatic haemorrhagic shock. Her work in the field of trauma resuscitation science has been internationally recognised with three consecutive Young Investigator Awards from the American Heart Association. Dr Letson received a Queensland Young Tall Poppy Science Award in 2021 from the Australian Institute of Policy and Science and the Office of the Queensland Chief Scientist.