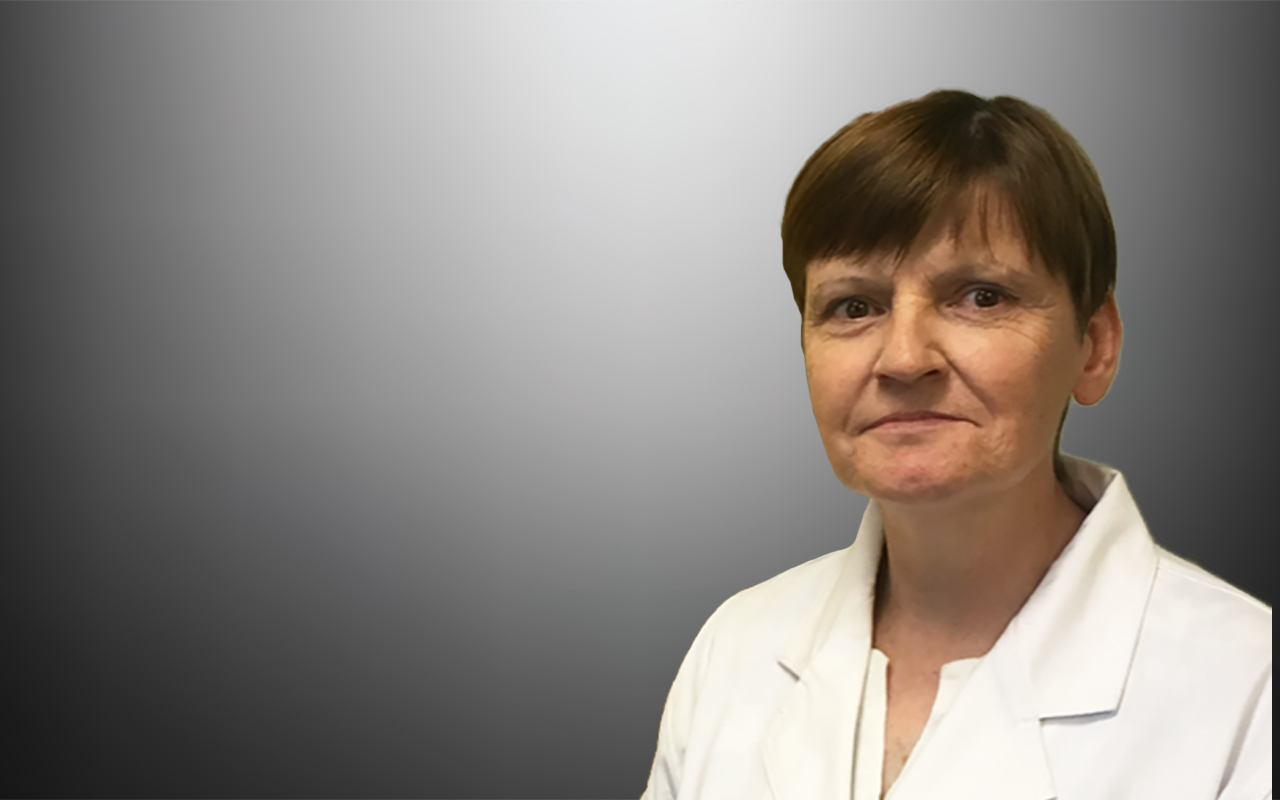 EVERY day, two Australians are diagnosed with motor neuron disease (MND) and two people die, while almost 1500 people live with the disease, adding more than $1.9 billon to the nation’s health care costs per year.

MND is rare, with GPs atypically encountering someone with the disease. Worldwide, the annual incidence is about two per 100 000 people, with an estimated prevalence of 5.4 per 100 000 (here and here). Only about 10% of cases can be reliably attributed to gene mutations, with most arising sporadically at 50–60 years of age.

The most prevalent MND symptom upon reporting to a neurologist is muscle weakness, caused by progressive loss of motor neurons in the brain and spinal cord. Unfortunately, there is no effective cure for MND yet, and death occurs within 3–5 years after the diagnosis — typically due to respiratory failure resulting from the progressive weakening of respiratory muscles.

Although a number of treatments have been and are being trialled for MND, thus far only two have been approved by the US Food and Drug Administration: riluzole and edaravone (which is not yet approved in Australia). Neither treatment improves life expectancy beyond a few months; therefore, the gold-standard multidisciplinary care offered to most people with MND in Australia relies on symptom management and respiratory support.

Although the cause of MND is still unknown, a common feature is that motor neurons and axons are vulnerable to pathological changes that result in motor neuron death. A great deal of research has been undertaken into the understanding of pathological processes, and many of the recent clinical trials have targeted these processes. Nevertheless, the disease is heterogenous, including where it starts in the body (bulbar or limb muscles), how rapidly it spreads, how fast it progresses, and if it involves frontotemporal dementia or a gene mutation.

Heterogeneity and why biomarkers are important

Common motor neuron neurodegeneration features (eg, muscle weakness) make classification criteria of MND, primarily based on the person’s signs and symptoms, inadequate to characterise the complex and heterogeneous nature of MND. It is difficult to design clinical trials that can hope to detect a benefit for the same reason.

This gap is where objective biomarkers are of critical importance. In stratifying people with MND into homogenous subgroups, there is a greater chance of seeing a benefit in clinical trials.

When biomarkers are discussed, an accepted definition by the National Institutes of Health is: “a characteristic that can be measured and evaluated as an indicator of normal biological processes, pathological processes or pharmacological responses to therapeutic intervention”.

Biomarkers hold great potential for accelerating efforts to develop effective therapies for MND. There are several types that can be useful in clinical trials for MND treatments.

First, prognostic markers (here and here) — for example, the A4V mutation in the SOD1 gene predicts an aggressive form of MND with a short survival — which aid in predicting the future course of disease could be used to reduce patient heterogeneity and potentially reduce the participant numbers required to reach statistical power.

Pharmacodynamic markers, such as a biological measurement that is elevated (eg, cerebrospinal fluid [CSF] SOD1 concentrations in a recent antisense trial for the treatment of MND due to SOD1 mutations), have the potential to show that a biological response has occurred following administration of experimental therapeutics and, thereby, provide a rationale for advancing experimental compounds from phase 2 to phase 3 clinical trials. A subset of pharmacodynamic biomarkers may also be markers of disease progression.

Significant progress has been made in developing generic biomarkers of neuronal degeneration that have utility as prognostic, disease progression and potential pharmacodynamic markers, with two notable examples being the blood-based measurement of neurofilament light (NfL) and the other, developed in Australia (at our Flinders University Laboratory), the urinary concentration of the extracellular domain of the common neurotrophin receptor p75 (p75ECD).

In response to neuronal damage, NfL chain, a structural component of the neural cytoskeleton, is released into the cerebral spinal fluid (CSF), and then found in blood. Urinary p75ECD is also indicative of neuronal damage, found at high levels in urine.

One advantage of urinary p75ECD as a biomarker is that urine collection is non-invasive, and so far, many people with MND, including clinical trial participants, have been willing to provide samples. Since human urine has a less complex matrix of protein and metabolites compared with serum, it is also an ideal biofluid for biomarker discovery and validation.

NfL has been extensively investigated as a biomarker for neurodegeneration and in MND over the past 17 years, and recent assay developments (eg, with high precision and femtomolar accuracy of the Simoa assay) have enabled NfL to reach the validation stage.

Urinary p75ECD holds promise as the only fluid-based disease progression biomarker but is relatively new (since 2014). NfL levels are constant over progression, but it is hoped that levels may decline as a measure of effective treatment. In contrast, urinary p75ECD also holds promise as a pharmacodynamic biomarker, as unlike NfL, it increases over disease progression, and this measurable increase can decrease with an effective treatment in clinical trials.

Biomarkers of inflammation for MND towards a predictive biomarker

The immune system is dysregulated in MND and an important part of this process is hypothesised to be the protective anti-inflammatory response becoming inefficient, leading to a damaging pro-inflammatory process that exacerbates neurodegeneration. This is supported by evidence from pre-clinical data that indicates that as motor neurons and neuromuscular junctions begin to degenerate, there is a protective anti-inflammatory response, involving microglia in the central nervous system as well as T-regulatory and T-helper type 2 (Th-2) cells in the periphery. This response then shifts from anti- to pro-inflammation as motor neurons continue to degenerate and accumulate MND-associated protein aggregates; microglia become pro-inflammatory and induce the release of neurotoxic factors from astrocytes that can also kill motor neurons. In the periphery, the pro-inflammatory state is also evidenced by a switch to T-helper cell types 1 and 17 (Th-1 and Th-17), as well as induction of cytotoxic CD8 cells, inflammatory monocytes and natural killer cells (NK). This cascade also results in Th-1 cell release of pro-inflammatory cytokines such as interleukins and interferon-γ (IFN-γ).

Several inflammatory biomarkers of MND have been proposed, examples of which are the anti-inflammatory monocyte chemoattractant protein-1 (MCP-1) (here and here) and chitotriosidase-1 and 3 (Chit-1, Chit-3) (here and here) produced by inflammatory cells such as macrophages in MND. Both are both found in CSF and inconsistently in blood in MND.

One potential biomarker is the small molecule neopterin, released from macrophages and dendritic cells in the periphery, and from microglia and neurons in the central nervous system (CNS), in response to the pro-inflammatory interferon (IFN)-γ. Neopterin is therefore a surrogate for IFN-γ and a candidate biomarker of the pro-inflammatory state.

Urinary neopterin has previously been used to assess the pro-inflammatory immune response clinically (including in COVID-19), and previously suggested as a biomarker in MND, but has not been extensively studied. In our recent publication, we sought to understand the potential utility of urinary neopterin as a disease progression biomarker for MND, with the knowledge that it might also serve as a biomarker of an underlying pro-inflammatory state. Secondarily, we compared urinary neopterin and p75ECD with respect to their potential utility as markers of disease progression.

Our research looked at 46 people with MND and 21 healthy individuals, using a number of biological and neurological tests. We also followed the progress of 29 people with MND, measuring neopterin and p75ECD in urine samples previously taken from people with MND at 3–6-month intervals over 2–3 years.

We found the concentration of neopterin was higher in patients with MND compared with controls. Neopterin levels also correlated to the ALSFRS-R (a questionnaire-based scoring system for MND progression). Notably, urinary neopterin levels increased each month as the disease progressed (measured from time from onset, first visit to neurologist or time from diagnosis), indicating it may be a useful progression marker.

Our study is not without limitations; it included a relatively small number of samples. However, in the future, we aim to analyse larger cohorts over progression, refining neopterin quantification using the high performance liquid chromatography (HPLC)-mass spectrometry method. We will also determine the usefulness of neopterin in MND clinical trials that target neuroinflammation.

The identification of neopterin as novel pro-inflammatory biomarker adds to p75ECD as being able to identify MNDdisease progression. We found both biomarkers are candidates to be used as quantifiable measures of the severity of motor neuron degeneration in MND and possible pharmacodynamic biomarkers in future treatment trials.

Neopterin could therefore be a predictive pharmacodynamic biomarker of immune dysfunction, useful in trials that target inflammation and immune dysfunction in MND. Urine, being a non-invasive source of biomarkers, also has advantages over other inflammatory biomarkers obtained by patients having to undergo invasive spinal taps for CSF.

Our research program is unique in using urine from people living with MND as a non-invasive biomarker source, aiming to build tools to help identify effective treatments for this devastating disease.

3 thoughts on “Motor neuron disease: the importance of finding biomarkers”