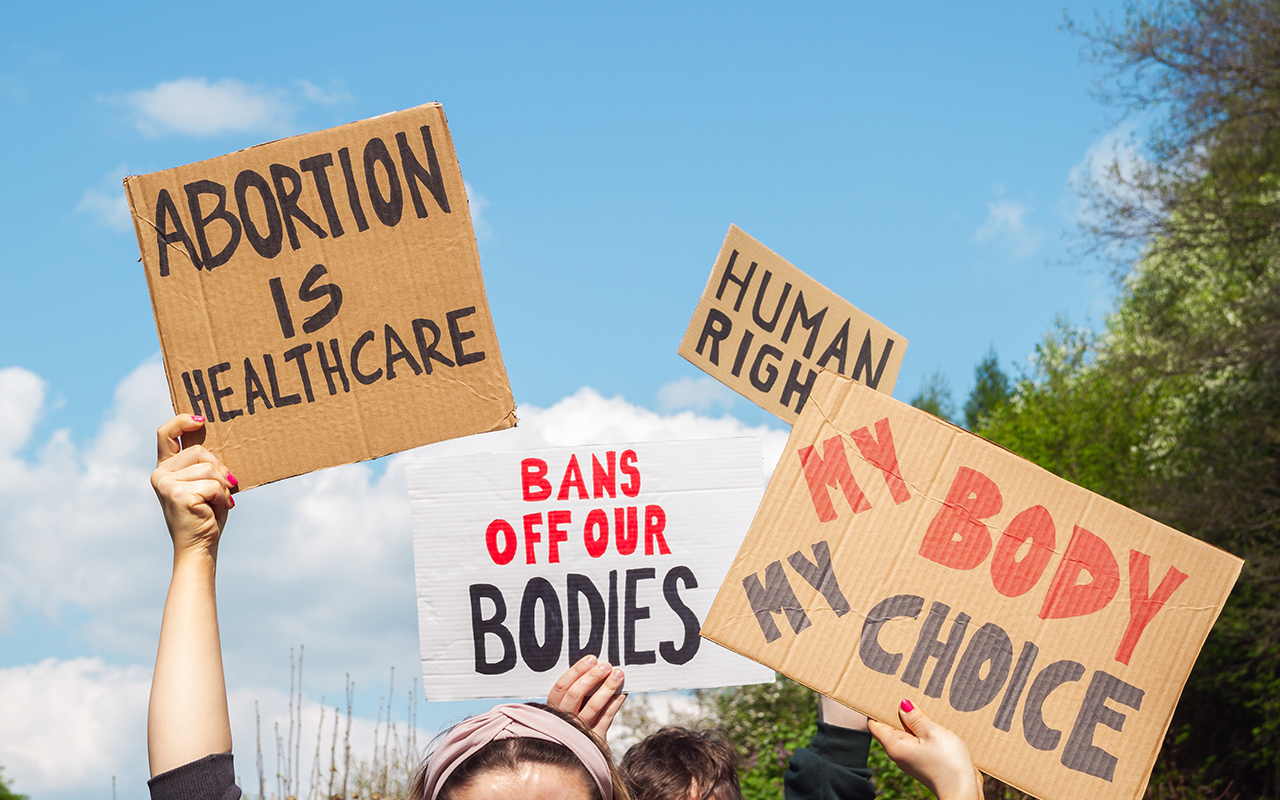 Navigating Australia’s “abortion deserts”: why is it still so hard?

LEGISLATIVE support for abortion is nationwide in Australia, to varying degrees, but that has limited value if there are not enough doctors willing to prescribe medical abortion, or public hospitals willing to provide access to surgical abortion, say experts.

With the overturn of Roe v Wade by the US Supreme Court (SCOTUS) last week, power to determine abortion access in the US has reverted to the states, with abortion bans in Arkansas, Kentucky, Missouri, Oklahoma, South Dakota, Utah and Alabama coming into immediate effect. Louisiana’s ban was temporarily blocked by a District Court judge. Idaho, Tennessee and Texas will implement abortion bans within 30 days of the SCOTUS decision. Abortion bans in Mississippi, North Dakota and Wyoming go into effect when legislative bodies certify the SCOTUS ruling.

Effectively people needing abortions in those states will be forced to either travel to a state where it is legal, carry the baby to term, or risk an illegal abortion with all the health and legal consequences that may entail.

So, surely Australian people needing abortion are in a stronger position than their US counterparts? It turns out, not so much.

But in reality, for people needing abortion services outside the major cities, nothing could be further from the truth.

“There’s an outcry that US women are going to have to travel hundreds of kilometres across two states to access abortion now,” he said.

“Well, our states are bigger in Australia, and there are women that have to travel hundreds of kilometres from, for example, Far North Queensland to Brisbane or from the top of Western Australia down to Perth.

“We have huge ‘abortion deserts’ in Australia.” 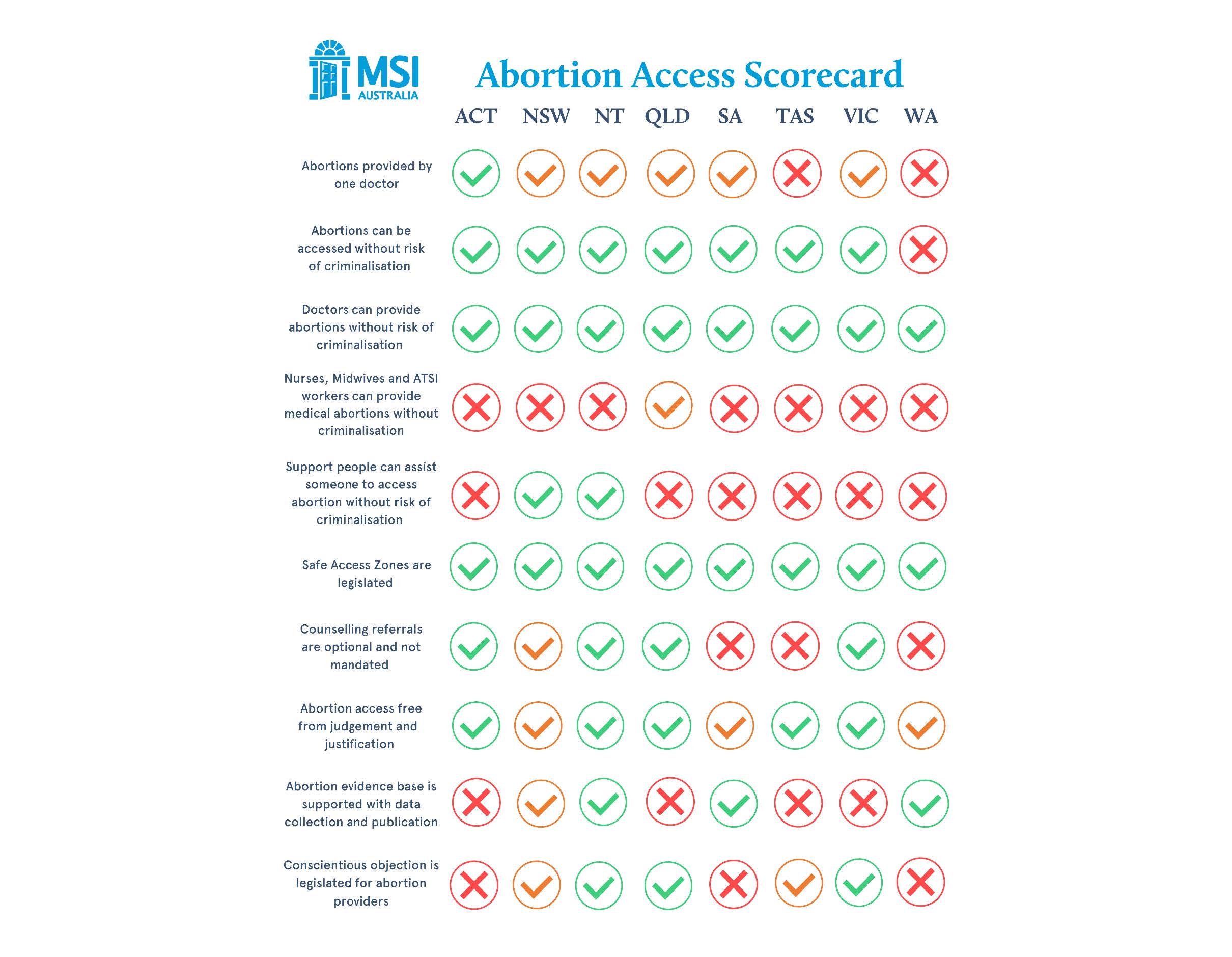 Those “deserts” hugely increase the cost of a surgical abortion.

“It’s often the people that can least afford these costs that are faced with unplanned pregnancy,” said Dr Goldstone.

“Yes, there are some state funding programs, but there’s still enormous barriers for people who live in areas [outside the large cities].”

The advent of early medical abortion has increased access to care, particularly since telehealth access boomed thanks to the COVID-19 pandemic, but a lack of providers, especially in rural and regional Australia is problematic.

So, why aren’t doctors willing to prescribe medical abortion?

“The training to become a certified prescriber takes a few hours,” Dr Goldstone said. “But I think stigma still plays a big part.

“Either a doctor doesn’t want to be known as the doctor that provides abortions, or, as we’ve heard anecdotally, other GPs in the practice, or even reception staff, are not onboard.

“That’s really unfortunate. What we would like to see is that every large general practice service has at least one GP that can provide medical termination in the same way that you might have a practice where one of the GPs does [intrauterine devices], for example. That’s the ideal scenario.”

“Back-up is also important and GPs may find that they don’t have the support from their colleagues in the practice, particularly if they’re in a small practice, potentially, in a small town,” she said.

“It’s important to ensure continuity of care during provision and follow-up of medical abortion, especially if you work part-time or want to be able to go on leave. Ideally there would be an agreement to provide this cover as there is for all other aspects of practice.”

Abortion care needs to be part of the core curriculum for GP and ob/gyn training, Dr Goldstone said.

“Ob/gyn trainees don’t get enough exposure to termination of pregnancy services, because it’s not provided in most public hospitals – that’s a big gap,” he said.

“The GP curriculum, while it talks about being competent in discussing unplanned pregnancy options and making referrals to abortion services, it actually doesn’t cover provision of medical abortion, which should be a basic part of GP training.”

There currently is no accredited training pathway in Australia for GPs or obstetrics/gynaecology trainees interested in providing abortion or contraception care.

Professor Kirsten Black, Chair of the Royal Australian and New Zealand College of Obstetricians and Gynaecologists (RANZCOG) Sexual and Reproductive Health Special Interest Group, told InSight+ that RANZCOG is now developing a 2-year pathway, but abortion clinics in the public health system were vital to giving trainees support and exposure.

“We need integration of abortion care into public hospitals so we can build that cadre of expertise,” Professor Black said. “Exposing students and trainees to abortion and contraceptive care is vital to ensure abortion is normalised as a health care issue.

“Some will decide those are not services they want to provide, but others will go on to take a special interest. Without that exposure, obviously, fewer will go on to provide that care.

“We need to push state governments to provide funding for those public services.

“Lots of funding is going towards [in vitro fertilisation], and that’s important for reproductive rights. But we also have to fund a person’s ability to plan the number, the timing and the spacing of pregnancies. That means abortion and contraception care.”

Professor Bateson said she was “greatly encouraged” by the strides being made in developing training pathways.

“Some regional hospitals (in NSW) have been very responsive to the abortion care needs of women in their area, especially for those with complex medical or psychosocial needs, which was not always the case even a couple of years ago. We now need more public hospitals to follow.

“It takes champions to lead the way and to make everyone around them feel more confident and supported to come on board. While we certainly can’t take access to abortion for granted there are some positive developments which will hopefully lead to equitable improvements across Australia.”

The National Women’s Health Strategy 2020–2030 states that equitable access to pregnancy termination services is one of its priorities, and aims to:

“Remove barriers to support equitable access to timely, appropriate and affordable care for all women, including culturally and linguistically sensitive and safe care [by] … [working] towards universal access to sexual and reproductive health information, treatment and services that offer options to women to empower choice and control in decision-making about their bodies, including contraception and options for addressing unplanned pregnancies, including access to termination services.”

“That will only happen if we get the involvement of public hospitals,” said Professor Black.

It’s apparent that the public hospital system’s attitude to providing surgical abortions lags behind the pace of law reform, according to Dr Goldstone.

“Prior to law reform, certainly here in NSW, health services hid behind the grayness of the law,” he told InSight+.

“It was an excuse for them not to become involved in provision.”

RANZCOG has tried mandating the provision of contraceptive care as part of its teaching hospital accreditation program, “with moderate success”, according to Professor Black.

In the end the SCOTUS ruling puts the US on a footing similar to Australia – no constitutional right to abortion, no national legislation, state control, access difficulties and a lack of “normalisation” of abortion.

“In an ideal world, we would have uniform laws across Australia, so you don’t have abortion tourism, where people may have to travel to another state.

“More importantly, we would mandate public provision of pregnancy termination services in all local health districts.”

“The Primary Health Networks can play a really important role in abortion care,” she said. “PHNs play a vital role assessing the needs of their communities and matching that to their health workforce and the delivery of services.

“This is the time to ensure the community’s abortion care needs are matched to the services that are provided.

“In the past couple of years we have seen the inclusion of medical abortion in the Therapeutic Guidelines and the development of the AusCAPPS Community of Practice, which supports GPs, nurses and pharmacists in providing medical abortion and long-acting contraceptive care. The increasing AusCAPPS membership highlights the growing appetite for belonging to a group passionate about providing high-quality sexual and reproductive health care to patients.”

In Queensland there are 11 services providing surgical abortion services, none further west than Emerald or Toowoomba.

In Victoria there are 24 services providing surgical abortion services, spread between Mildura in the north to Albury in the northeast, to Warrnambool in the southwest, and down to Wonthaggi on the south coast.

In the Northern Territory, there are two surgical abortion options – Royal Darwin Hospital and, at the other end of the NT, Alice Springs Hospital.

In Western Australia, where the abortion legislation is still the most restrictive in the country, two services provide surgical abortions – Nanyara and Marie Stopes Australia.

17 thoughts on “Navigating Australia’s “abortion deserts”: why is it still so hard?”