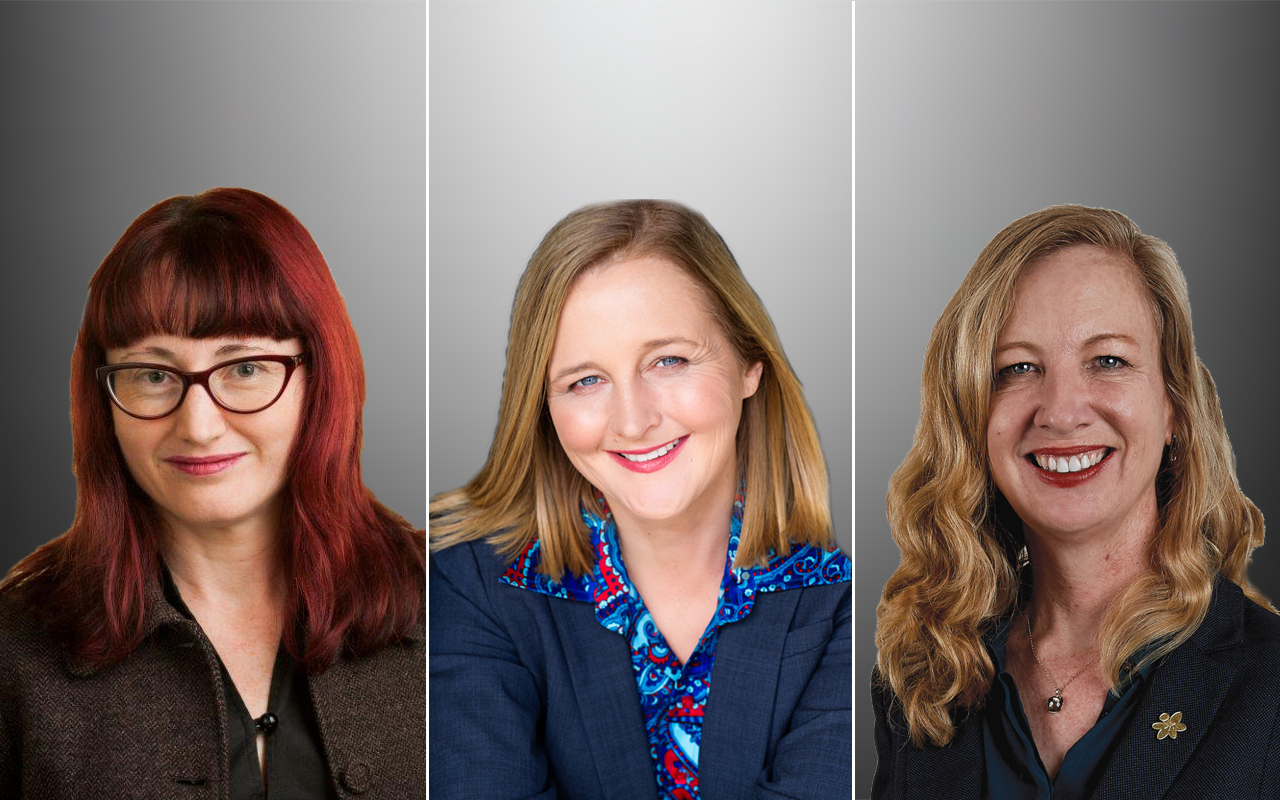 THANKS to human papillomavirus (HPV) vaccination and screening, elimination of cervical cancer is on the global agenda and Australia is on its way to achieving the elimination target of fewer than four new cases per 100 000 women.

Having introduced HPV vaccination in 2007 (including a catch-up program for people aged up to 26 years), Australia took its next major step towards elimination by transitioning from 2-yearly cytology to 5-yearly HPV screening in December 2017. This change also included the option for underscreened people to be screened using a self-collected sample.

From 1 July 2022, self-collection of HPV testing samples will be available as a universal choice. Being able to offer everyone the option to use self-collection will make it easier to promote screening to underscreened people, who frequently aren’t aware that self-collection is an option, and break down some previous barriers related to the restricted eligibility criteria.

In a recent study, we reviewed the first 2 years of the HPV screening program in Australia, including how referral pathways were working and the use of self-collection.

One thing Australia does differently to most other settings that have switched to HPV screening is to pay attention to the HPV type that is detected, rather than manage all HPV types in the same way. HPV16 and HPV18 are known to cause more cervical cancers than other types. HPV16 is especially aggressive, and HPV18 is strongly associated with adenocarcinomas that are hard to detect with cytology – over 25 years of cytology screening do not appear to have reduced these cancers. It makes sense to manage these two HPV types more aggressively, and managing HPV16 and HPV18 differently to other types is one of the options recommended in the new World Health Organization screening guidelines.

Our analysis of the experience in Australia supports this initial decision to manage the two HPV types differently – among the women with HPV16 or HPV18 detected at their first HPV screening test, 0.98% had a cervical cancer detected, compared with, for example, 0.76% of those with non-16/18 types and possible high grade squamous intraepithelial lesion (HSIL) or worse cytology. Among people with HPV16 or HPV18 detected, the risk of detecting cancer was highest in those with high grade or glandular abnormalities on their liquid-based cytology (LBC) test (which is automatically done on the same sample when HPV is detected), but even among women with normal cytology the cancer risk was still 0.32%.

Ninety cervical cancers were detected in women with HPV16 or HPV18 and normal cytology – 61 of which were adenocarcinomas or other non-squamous cell carcinomas. Being able to identify (and eventually prevent) cancers like these is one of the benefits of HPV-based screening compared with cytology. Overall, more than 80% of the cervical cancers identified through HPV screening were in those with HPV16/18 detected, and 20% of those cancers were in women with normal cytology.

Women aged up to around 39 years at the time of this analysis were age-eligible for free HPV vaccination in Australia, so many of them are protected against HPV16/18. As a consequence, HPV16/18 infections have become much less common in younger women than they were before the vaccination program.

As expected, we found that detecting HPV16/18 was relatively rare (2.2%) in women aged 25–39 years – but when it was detected in women this age, their risk of harbouring CIN3 or worse, or cancer specifically, was at least as high, and generally higher, than the risk among older unvaccinated women. Potentially, these HPV16/18 infections may have been acquired before vaccination (because women in their 30s were vaccinated as older adolescents or young women during the catch-up program and may have already been exposed to HPV) or that individual was not vaccinated – both of these will be rarer in people vaccinated at the target age of 12–13 years. Information about HPV vaccination status, including the number of doses and age at which vaccination was received, is not yet readily available at the point of clinical care. But managing people based on the type of HPV detected simplifies management and removes this issue – it’s not necessary to know whether or not someone was vaccinated and when. Detection of HPV16/18 is a good predictor of the risk of serious disease, especially for cancer.

The remaining non-16/18 oncogenic HPV types are much less likely to cause cervical cancer than HPV16 or HPPV18, but they are relatively common infections – non-16/18 types were detected in around 6.6% of routine screening tests, and up to 17% of tests in those aged 25–29 years. The vaccine used in Australia’s National Immunisation Program before 2018 did not protect against non-16/18 HPV types and so infections with these types remains high even in younger vaccinated cohorts.

As a result of this combination of relatively high prevalence and relatively low risk, women with non-16/18 types at a routine screening test are not referred for colposcopy unless they have high grade or glandular abnormalities on their triage cytology test; initially, they were advised to return for a repeat HPV test in 12 months and referred if HPV was still detected then. The recommendation to defer colposcopy referral was supported by an evidence review and detailed modelling.

We found that around 61% of women who had returned for this repeat test at 12 months still had non-16/18 HPV types detected, but the majority (90%) also still had negative or low grade cytology.

As a result of this finding of high rates of colposcopy referral and very low risk of disease, clinical management guidelines were changed for women attending for a 12-month follow-up test who have non-16/18 HPV types detected – most women without high grade or glandular abnormalities are referred for another follow-up HPV test in 12 months, rather than for colposcopy. As a precaution, there are some exceptions to this, including those who were overdue at the time of their initial screen, Aboriginal and Torres Strait Islander women, and those aged 50 years or older.

HPV testing is very effective at identifying not only current risk of disease but future risk. Based on our findings, in the first round of HPV screening around 1.4% of people screened will have disease identified where treatment would be recommended, but more than 90% will be HPV negative, at very low risk and can be screened again in 5 years.

This leaves a group of potentially around 8% who don’t require immediate treatment but are at higher risk of disease in the future and so should be followed up earlier than at 5 years (currently this happens at 12 months). So, HPV screening means a relatively small group of women will need to be seen more frequently, but the majority can be seen much less frequently than the 2-yearly interval recommended in the old cytology program. In most cases, people who are under surveillance will have an outcome within 3 years and so could leave surveillance – either their infection will clear (the majority of cases) or disease will be identified and can be treated.

Our findings reflect outcomes for a woman’s first round of HPV screening. The risk of detecting serious disease will likely be lower in women returning at 5 years for their next HPV test. Infections identified at a woman’s second round of screening are more likely to be recent infections and cervical cancer takes many years to develop.

One of the concerning findings in our review of program data was that, as at the end of 2019, 45% of screen-eligible participants were overdue for their first HPV test. While things have improved since then, by the end of 2020, there were still more than 30% who were overdue.

One of the new features of the HPV screening program that aimed to increase participation was the option for never- and underscreened people to use self-collection. We found that there were only 4522 tests on self-collected samples in the first 2 years when this was available to never- and underscreened participants – this represents a very small proportion (< 1%) of those who would have been eligible to use it. To date, practitioners have faced barriers to offering self-collection, including restrictions on who it could be offered to, difficulties checking eligibility, limited laboratories able to process samples, confusion about eligibility or guidelines, or concerns about test accuracy.

Updated screening guidelines for self-collection enable flexibility and innovation while maintaining the key connection between health care professionals and their patients. Providing this flexibility and choice for participants in screening is the next major step forward for the National Cervical Screening Program and towards cervical cancer elimination.

Professor Marion Saville leads the Australian Centre for the Prevention of Cervical Cancer, a not-for-profit organisation focusing on cervical cancer control through the delivery of laboratory and registry services.

Professor Karen Canfell is the inaugural Director of the Daffodil Centre, Professor and National Health and Medical Research Council Leadership Fellow, and leads key aspects of the WHO impact and investment case for cervical cancer elimination.