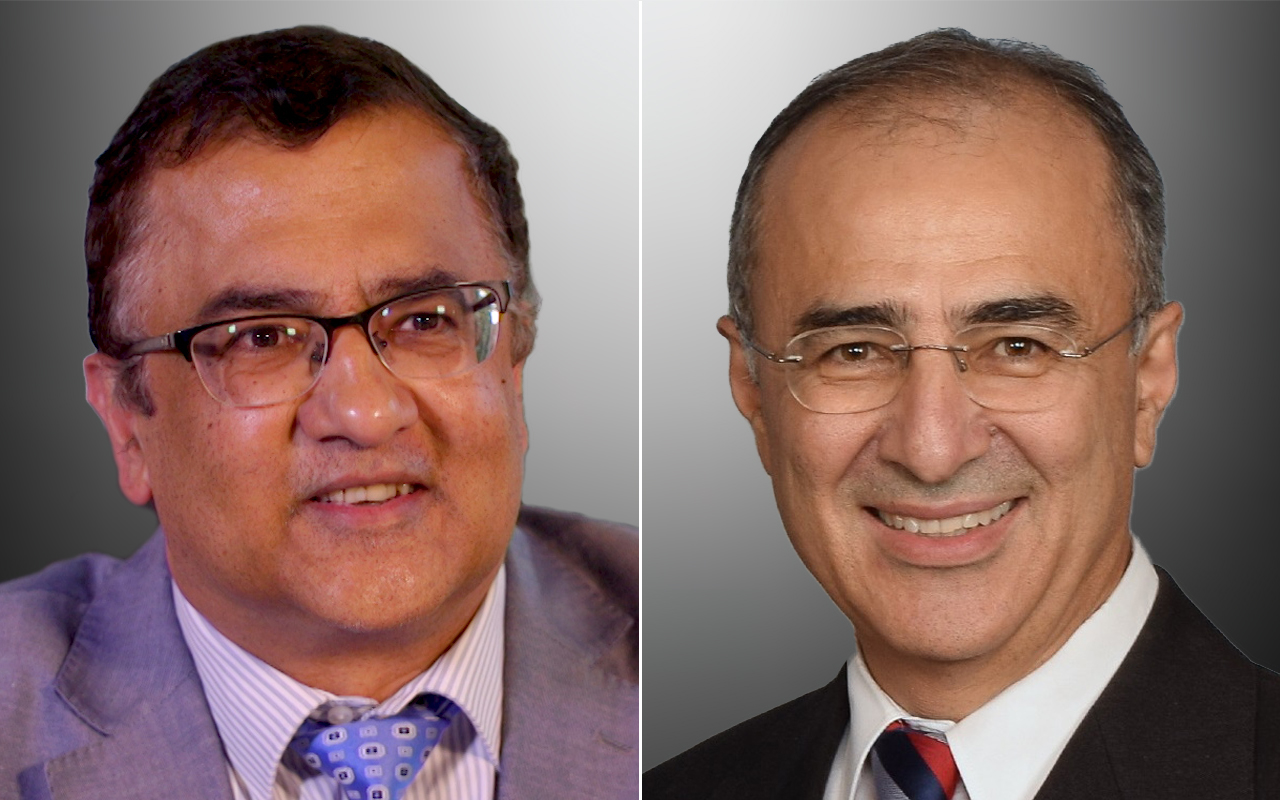 EOSINOPHILIC esophagitis (EoE) is a chronic allergic inflammatory disorder of the oesophagus, caused by a build-up of a type of white blood cell – eosinophils –causing inflammation and injury to the oesophagus.

Damage from EoE may cause food to become stuck after swallowing (dysphagia), as well as centrally located chest pain that does not respond to antacids. It may mimic reflux.

As the first to see patients with these symptoms, GPs have a vital role to play in identifying possible EoE and arranging prompt review for gastroscopy diagnosis so that diagnosis and treatment are not delayed.

Leaving aside viral pandemics, if there was a disease with the most rapid and exponential increase in prevalence in the past two decades it may well be EoE. Although the prevalence varies widely across the globe, its prevalence in certain parts of Europe is now estimated to be approaching approximately 40–56 cases per 100 000 (here, here and here). There are no Australian prevalence data available, but anecdotal evidence from local gastroenterologists suggests prevalence is rising here as well.

How does one explain such a dramatic increase in prevalence? The answer may in part be due to increased awareness of the condition but may also be linked to the underlying pathophysiology of EoE, that is, allergies and gastro-oesophageal reflux disease (GORD).

GORD is prevalent in the adult population (estimated at 11.6% in patients attending general practice in Australia). It has been suggested that acid reflux may disrupt the integrity of the oesophageal lining, making it more permeable to allergens and, thus, promoting allergic activation. This may explain why some individuals may go into complete clinical and histological remission with acid suppression with proton pump inhibitors (PPIs) as the sole therapy.

However, many patients with EoE do not have GORD.

Overall, there has been a significant increase in allergic disorders in the Western world. Australia has a dubious distinction of being the allergy capital of the world; Melbourne with its cool climate leading the way. Food allergy affects up to 10% of children and up to 4% of adults in the general population, according to the Australian Society of Clinical Immunology and Allergy. An ultraclean environment and reduced exposure to germs, especially in early life; lower levels of vitamin D; less sun exposure; and a delay in exposure to nuts and seafood in infancy are all possible mechanisms of the increase in atopy in general. With EoE, ingested food allergens appear causal; the most common triggers are cow’s milk (ie, dairy products), wheat, eggs, soy, seafood and nuts – both ground (eg, peanuts) and tree nuts (eg, almonds) (here and here).

Many patients with EoE also have other atopic conditions, such as asthma, eczema and allergic rhinitis. A causal link between other atopic disorders and EoE is not yet proven, although aeroallergen exposure that triggers hay fever may precipitate EoE symptoms.

Dysphagia, chest pain, regurgitation and, most notably, food bolus impaction are common presentations in adults with EoE. Indeed, currently the most common cause of food bolus impaction requiring endoscopic removal is EoE. Other oesophageal conditions, such as peptic stricture, cancer and achalasia, are uncommon. Difficulty swallowing may lead to avoidance of certain food items, such as meat or chicken and the fear of presentation to hospital with food bolus obstruction.

The anxiety of long term progression of the disease may significantly affect quality of life. In children, nausea, food avoidance, failure to thrive, and reflux symptoms are more common modes of presentation of EoE. However, as these symptoms are quite non-specific and given that endoscopy is not frequently performed in children, there could be delay in its diagnosis. It is suggested that EoE in children commences as an inflammatory condition. However, over time (especially after 10 years), it progresses from an inflammatory to a fibrostenotic phenotype (not dissimilar to other chronic inflammatory conditions such as Crohn’s disease), with the risk of oesophageal stricturing.

Endoscopy with biopsies is the mainstay of diagnosis of EoE. The characteristic macroscopic feature is an oesophagus with distinct fixed rings indicative of underlying fibrosis. However, other more common features include strictures (“narrow calibre oesophagus”), “crepe-like” fragile mucosa, vertical furrows, and whitish mucosal exudates (ie, eosinophilic-rich collections within micro-abscesses). The presence of oedema and fragility of the mucosal lining in patients with EoE can result in spontaneous tears with mere passage of a gastroscope.

The management of EoE is best undertaken by a multidisciplinary team involving a gastroenterologist with a histopathologist (who provides a consistent assessment of eosinophil count in biopsy specimens to detect interval change) and a dietitian (who is familiar with elimination diets), as required.

Online resources for GPs and patients can be found at ausEE, Living With EoE, and Allergy and Anaphylaxsis Australia.

Currently, there are three main approaches to therapy; anti-inflammatory (dietary or pharmacological) interventions or endoscopic intervention.

Although food allergens are known to be triggers, identifying putative food allergens using ex vivo allergy tests (such as skin patch or skin prick tests) or radio-allergosorbent testing (RAST) has been disappointing and is not recommended. As the main food groups that are potential triggers include wheat, cow’s milk products, eggs, soy (including legumes), nuts and seafood, the only effective approach is to employ food elimination diets to induce complete histopathological remission, and then to organise a sequential food challenge followed by objective assessment with endoscopic biopsies to ascertain ongoing remission or relapse with each of the culprit food items as they are reintroduced.

While the standard six-food elimination diet (6FED) followed by sequential endoscopy does help identify specific food items provoking the allergic response, it can be time-consuming and expensive. Hence, a less vigorous modified approach has been suggested which only targets the most likely allergens, such as dairy and wheat (2FED), or a slightly broader approach, with inclusion of soy and eggs (4FED). This method may be less cumbersome and time consuming, but still requires serial endoscopies.

In some ways, EoE mimics allergic asthma. Hence, topical steroids have been used and rigorous clinical trials have demonstrated that this treatment is successful in inducing remission (here and here). The methodologies currently employed to deliver topical steroids to the oesophageal lining have required patients to either swallow fluticasone directly from an asthma inhaler, or to ask patients to create a home-made slurry by mixing budesonide respules (used for asthma) with Splenda (Hartland Food Products) and then swallow the slurry to coat the oesophagus.

However, a more convenient and reliable way of delivering budesonide is via a new formulation as an orally disintegrating tablet (Jorveza; Dr Falk Pharma).

This is the first, Therapeutic Goods Administration-approved therapy for EoE in Australia. Clinical trials have confirmed that budesonide orally disintegrating tablets are able to induce and maintain long term remission in patients with EoE. Oesophageal candidasis is a common side effect of topical steroid therapy and can occur in up to 10% of patients, and may require treatment with oral antifungal agents. Adrenal suppression is a rare side effect and afflicts children more than adults. Monitoring of cortisol levels is recommended in children and adults on long term topical steroid therapy. The duration of therapy and/or the use of intermittent therapy must be individualised.

Endoscopic dilatation is the most effective modality to treat oesophageal strictures that result from fibrotic remodelling of the oesophagus, and can achieve rapid symptomatic relief for patients with EoE. It is a safe procedure when carried out by an experienced gastroenterologist, with the risk of perforations estimated to be < 1%. As the durability of response is variable, repeat dilatations will be required for long term effectiveness. Anti-inflammatory treatments (diet or medications) should continue in patients receiving endoscopic dilatation.

Many biological therapies have been tried but have failed to make an impact on EoE, such as anti-interleukin (IL)-5 agents (mepolizumab and reslizumab), IL-13-specific inhibitors, and anti-IgE monoclonal antibody (omalizumab) (here and here). Dupilumab, IL-4 receptor antibody has shown promise in a phase 3 trial, but long term studies of its efficacy are still required.

Awareness of the condition and identifying patients with EoE early should lead to effective therapy that controls tissue eosinophilia, improves quality of life and reduces the risk of long term fibrostenotic strictures requiring regular dilatations and emergency presentations with food bolus obstructions.

Dr Peter Katelaris is Head of the Gastroenterology Department at Concord Hospital, Sydney, and Clinical Associate Professor at the University of Sydney. His major research interests include Helicobacter pylori infection, GORD, IBD and bowel cancer. He has contributed to national and international clinical guidelines formulation over many years, as lead author of the World Gastroenterology Organisation (WGO) H. pylori guideline and the first Australian Guideline for GORD, as co-author of the WGO Global Guideline on GORD and the Asia–Pacific Consensus Guidelines for H. pylori and GORD. He has also co-authored Therapeutic Guidelines: Gastrointestinal for over 10 years.