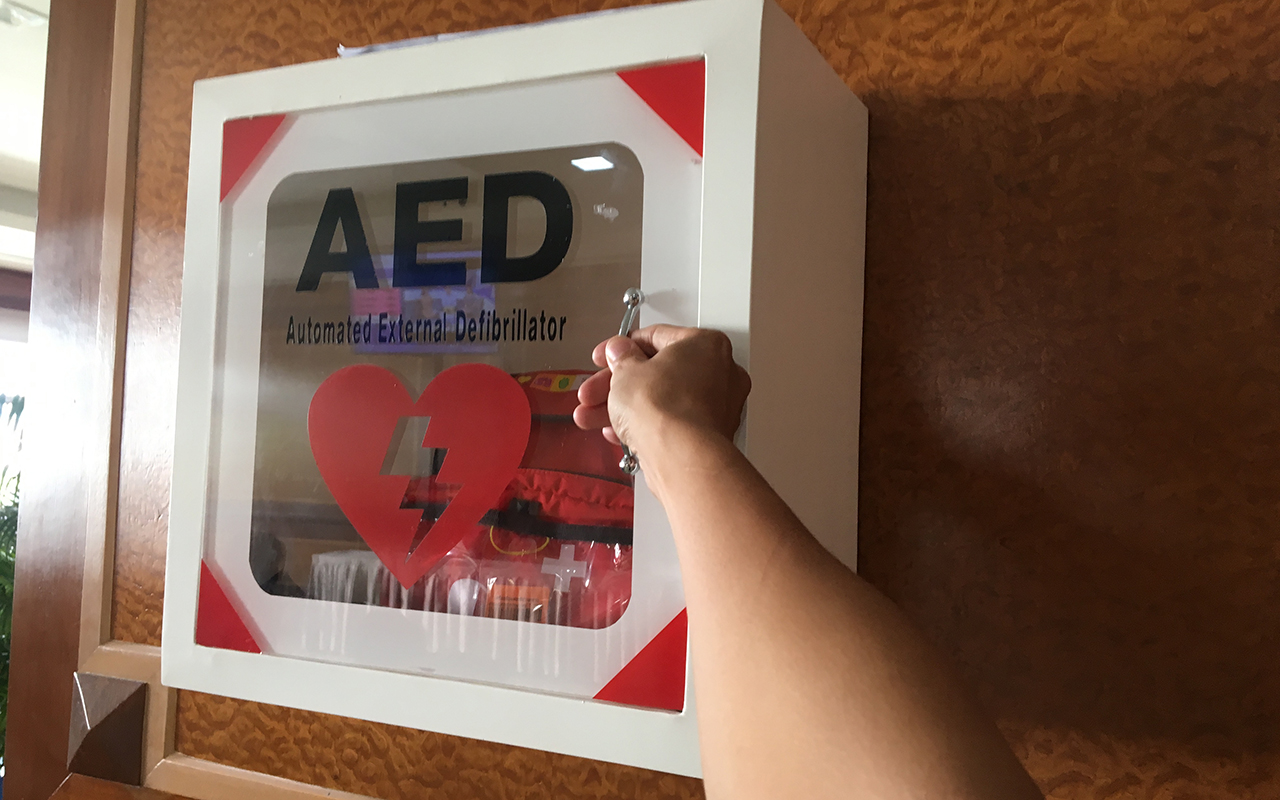 CARDIAC arrests in general practice clinics don’t happen often, but there’s a growing expectation for clinics to have automated external defibrillators (AED) in case they do.

A retrospective study into cardiac arrests in Victorian GP clinics or witnessed by emergency medical services shows the improved outcomes for patients who have rapid defibrillation.

Published in the MJA, the study examined 6363 cases of cardiac arrest over a 20-year period. There were 216 cases (3.4%) in GP clinics and 6147 cases (96.6%) witnessed by paramedics. However, despite many of the paramedic cases being sicker, their survival rate was often higher than the GP patients who didn’t receive immediate defibrillation, but received cardiopulmonary resuscitation (CPR) and then defibrillation once a paramedic arrived.

“For people with initial shockable rhythms, survival was more than three times as likely following paramedic-witnessed cardiac arrests than events in general practice clinics that did not provide defibrillation,” the authors wrote.

In the years between 2016 and 2019, 33% of patients received GP defibrillation and 58% had an initial shockable rhythm.

However, according to lead author and paramedic lecturer Mr Brian Haskins, the only way you will know whether a patient had that initial shockable rhythm is with defibrillation.

“Even with perfect CPR, the chances of being in a shockable rhythm go down over time,” Mr Haskins told InSight+.

“The average response time in that period was 7 minutes for the paramedics. Who’s to say the people were in a shockable rhythm in the first 2 or 3 minutes after arrest but when the paramedics got there, they weren’t? If you can get an AED on the patient in the first minute, the chance of getting them back are so much greater.”.

The fifth edition of the Royal Australian College of General Practitioners (RACGP) Standards for general practices requires all clinical and non-clinical staff to complete CPR training at least every 3 years.

The Standards also have a recommendation that general practices have an AED; however, in the current edition this is not a requirement.

The Standards explain that having an AED in a practice reduces the risk of a fatality from cardiac arrest, which is a rare event in general practice, and remind GPs they need to have a lead role in resuscitation that may occur.

However, the standards also advise clinics to consider:

According to Dr Louise Acland, Chair of the RACGP Expert Committee – Standards for General Practices, this wording is under review.

She said at the time of writing the Standards there were barriers that prevented making AEDs mandatory in the fifth edition, which were originally published in 2017.

“There is now clear evidence of benefit with rapid access to defibrillation and the application of shock to a patient with a shockable rhythm,” she said.

In the 20 years covering the retrospective study, access to AEDS has changed dramatically. Their price has decreased, and it is much more common to see them throughout the community, whether in shopping centres, sporting fields or at the GP clinic.

“They have a 5-year shelf life, so even for a very good AED, you’re talking about $1.50 a day for it to sit on your wall for 5 years. Even if they’re never used, surely it’s worth having,” Mr Haskins said.

According to the MJA study, many of the patients who had their cardiac arrest had experienced chest pain as their chief symptom and had felt it for at least an hour before visiting their GP.

Dr Amanda Buttery, the Heart Foundation’s Manager of Clinical Evidence, said this highlighted that more work needs to be done on educating the public about the warning signs of a heart attack.

“Around two in three people who experience a heart attack don’t call an ambulance because they are unsure if they are having a heart attack or think they are at a low risk of actually having one,” Dr Buttery said.

“Rather than go to their GP surgery, people who experience chest pain for greater than 10 minutes should call Triple Zero (000), as an ambulance is the quickest way to get lifesaving treatment.”

Other patients visited a GP practice to get immediate help, Mr Haskins said.

“In a number of cases we included in the study, it wasn’t their GP. They were driving to hospital, and the patient had such chest pain and they stopped at the GP to get help. If people are going to GP clinics to get help, they really should be able to get that help. Having an AED is one the keys for survival.”

Regardless of RACGP accreditation, according to Dr Buttery, there is an expectation that all GP practices have an AED.

“Patients expect a GP practice to have the necessary equipment should an emergency arise. Patients expect it and we support those patient expectations,” she said.

Podcast: Professor Jennifer May, Director of the Department of Rural Health at the University of Melbourne, and Professor Anthony Scott, a health economist with the Melbourne Institute: Applied Economic and Social Research, talk about supporting doctors to practice rurally … FREE ACCESS permanently.

AEDs should be mandatory in GP clinics

3 thoughts on “Growing evidence for mandatory AEDs in GP clinics”