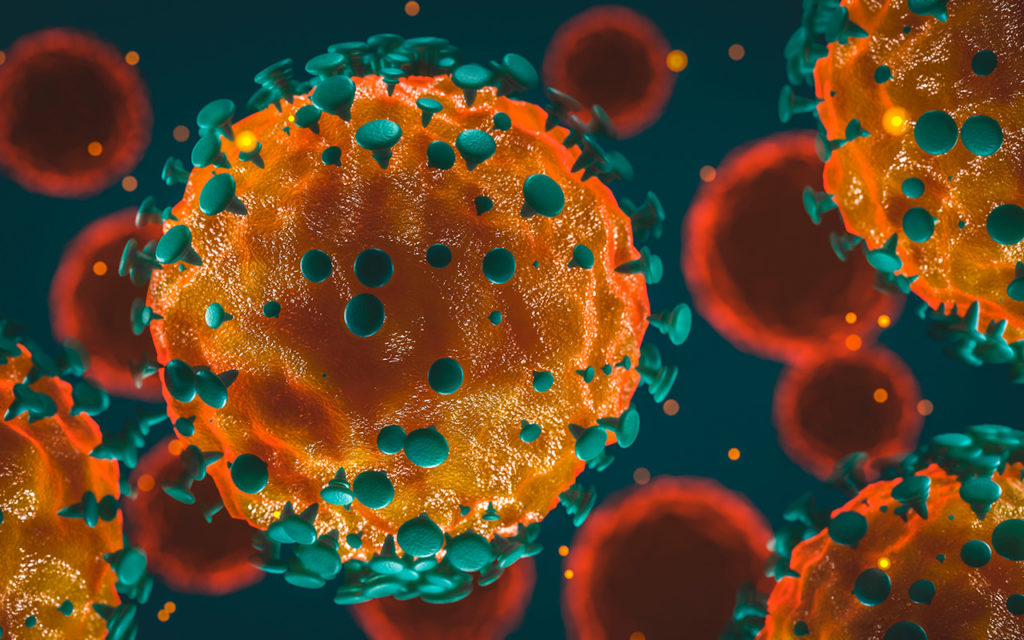 A new risk tool, developed by UK researchers to predict a person’s risk of being admitted to hospital and dying from COVID-19 has been published by The BMJ. The risk prediction tool (known as QCOVID) uses readily available information about people, such as their age, ethnicity and whether they have certain pre-existing conditions (comorbidities) to help identify individuals at highest risk of developing severe illness. The tool provides nuanced information on people’s risk of serious illness due to COVID-19 and is designed for use by clinicians with patients to reach a shared understanding of risk. The tool will need to be updated regularly as the pandemic evolves and its performance closely monitored. The UK-wide research group set out to develop and validate a population-based prediction model to estimate the overall risks of becoming infected with and subsequently being admitted to hospital or dying of COVID-19. Their findings are based on data from more than 8 million patients aged 19–100 years at 1205 general practices in England, linked to COVID-19 test results and hospital and death registry data. Data from 6 million patients were used to develop the model over a 97-day period (24 January to 30 April 2020), and a further 2.2 million patients to validate its performance over two separate periods (24 January to 30 April 2020 and 1 May to 30 June 2020) during the first wave of the pandemic. Over the study period, 4384 deaths from COVID-19 occurred in the development group, 1782 in the first validation period and 621 in the second validation period. The model performed well, predicting 73% and 74% of the variation in time to death of COVID-19 in men and women respectively. People in the top 5% for predicted risk of death accounted for 76% of COVID-19 deaths within the 97-day study period. People in the top 20% for predicted risk of death accounted for 94% of COVID-19 deaths. The researchers say that QCOVID represents a robust risk prediction model that has the potential to support public health policy, from enabling shared decisions to mitigate health and workplace risks to targeted recruitment for clinical trials and prioritisation for vaccination. Although QCOVID has been specifically designed to inform UK health policy and interventions, it has international potential, subject to local validation, they conclude.

Living in noisy communities could be linked to Alzheimer

Results from a new study published in Alzheimer’s and Dementia support emerging evidence suggesting that noise may influence individuals’ risk of developing dementia later in life. Researchers studied 5227 participants of the Chicago Health and Aging Project who were aged 65 years or older, of whom 30% had mild cognitive impairment and 11% had Alzheimer disease. They found that persons living with 10 decibels more noise near their residences during the daytime had 36% higher odds of having mild cognitive impairment and 30% higher odds of having Alzheimer disease. “These findings suggest that within typical urban communities in the United States, higher levels of noise may impact the brains of older adults and make it harder for them to function without assistance. This is an important finding since millions of Americans are currently impacted by high levels of noise in their communities,” said senior author Sara D Adar, ScD, of the University of Michigan School of Public Health, Ann Arbor. Professor Adar added that “although noise has not received a great deal of attention in the United States to date, there is a public health opportunity here as there are interventions that can reduce exposures both at the individual and population level”.