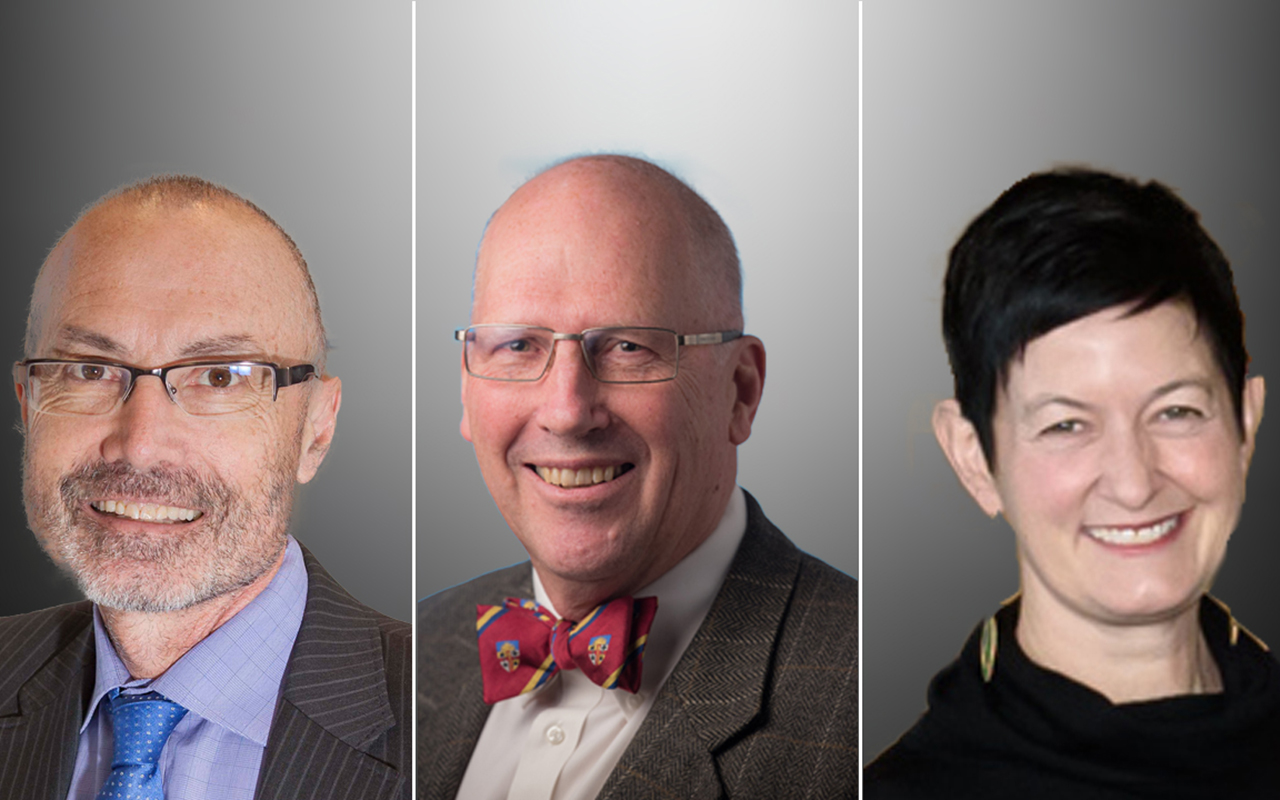 IN 2019, the World Health Organization listed vaccine hesitancy as one of 10 threats to global health. Vaccine hesitancy is the reluctance or refusal to be vaccinated despite the availability of vaccines. This countermands progress made in tackling vaccine-preventable diseases. Many people are unaware of the severe impact of these diseases, in particular the burden of blindness.

Sight is our most valued sense. Awareness of the risk of one’s children going blind from vaccine-preventable illness may increase vaccination uptake. Among the infections prevented by vaccines listed in the Australian Standard Vaccination Schedule, Haemophilus influenza type B (HiB) disease, measles, rubella, meningococcal meningitis, chickenpox and shingles all have potential blinding complications and are preventable.

All clinicians need to be knowledgeable about the ophthalmic complications of vaccine-preventable diseases, as well as the historical burden these diseases have inflicted on the public. Along with general medical questions, ophthalmologists routinely should inquire about vaccination history. If a child has not been vaccinated, an ophthalmologist should be comfortable discussing the benefits of vaccination with the family, highlighting the potential sight-saving aspects. There are excellent websites describing vaccine-preventable diseases and related statistics (Table 1).

Sydney-based ophthalmologist, Norman Gregg, discovered that congenital eye abnormalities were associated with rubella. In 1941, he saw 68 children with cataract following maternal rubella. A follow-up study by Charles Swan in South Australia identified 31 children with congenital abnormalities (14 had cataract or glaucoma, seven were deaf-mute, 17 had cardiac abnormalities, and 26 had microcephaly) born to mothers who contracted rubella during pregnancy.

The 1964–1965 rubella epidemic in the US resulted in 12.5 million cases, with 11 250 abortions, 2100 neonatal deaths, and 20 000 cases of congenital rubella syndrome. Of these children, 11 600 were deaf, 3580 were blind and 1800 were intellectually disabled. The economic cost was estimated at US$840 million. The emotional toll on families is epitomised by the experience of Queen Juliana of the Netherlands, whose daughter Christina was born in 1947 almost totally blind from congenital cataracts. Another tragic story is that of Hollywood actress Gene Tierney, whose daughter Daria was born blind with severe congenital rubella. Agatha Christie used Tierney’s story as the basis for her novel The Mirror Crack’d from Side to Side and named a key character after Gregg.

The rubella vaccine was released in 1969 and introduced in Australia in February 1971. A 25-year audit of childhood cataracts conducted in Melbourne in 2002 linked all nine cases of congenital rubella originating from mothers born overseas in countries where vaccination was not routine. Since 2002, there have been no cases of congenital cataract caused by rubella. In 2018, Australia was declared free of rubella, which means that there is no ongoing local transmission of rubella within the population. Unvaccinated pregnant women may still be exposed to rubella, however, especially when travelling overseas. An inflammatory eye disease associated with rubella, Fuchs heterochromic iridocyclitis, has become rare as rubella infections have decreased.

Measles is highly contagious, spread by air or droplets for up to 4 days before the appearance of a rash. This rash resembles an allergic reaction but is accompanied by fever, cough, runny nose, and conjunctivitis. One in 20 children with measles contracts pneumonia, one in 1000 develops encephalitis, and up to two in 1000 do not survive. In 2018, the WHO reported 140 000 measles deaths globally, primarily children under 5 years of age. Overall, measles causes up to 60 000 cases of blindness per year globally.

In addition to conjunctivitis, measles causes keratitis, which may ulcerate or perforate. Measles is particularly severe when associated with vitamin A deficiency; together these conditions have been a leading cause of corneal related blindness in low income countries. Measles also causes retinopathy and optic neuritis that may lead to permanent vision loss.

A rare, delayed-onset reactivation of measles is subacute sclerosing panencephalitis. Roald Dahl, who wrote Charlie and the Chocolate Factory and Matilda, also wrote of his grief after losing his daughter, Olivia, to measles encephalitis.

Meningococcal meningitis typically begins as a rash of red or purple pinprick spots or larger bruise-like areas that rapidly progresses to fever, headache, neck stiffness, photophobia, nausea, vomiting, diarrhoea and feeling extremely sick. Long term effects of the disease include loss of limbs, scarring of the skin, tinnitus or deafness, kidney or liver failure, blindness, and learning difficulties. Meningitis may involve the optic nerve, causing papilloedema and optic atrophy, and may affect the other cranial nerves, causing diplopia.

Cortical blindness is also possible. Helen Keller is thought to have become deaf and blind due to childhood meningitis. The film The Miracle Worker recounts how Keller was taught to speak. Her advocacy for the deaf and blind is unparalleled. Her 1925 speech to Lions Clubs International, calling on them to become “Knights of the Blind in this crusade against darkness”, has had a lasting legacy.

Between 1997 and 2016, meningococcal infections caused 396 deaths in Australia.

HiB is spread by asymptomatic carriers with nasopharynx colonisation producing droplets from coughing and sneezing. The most severe HiB infections include meningitis, epiglottitis and pneumonia. Sinus infection may progress to potentially blinding orbital cellulitis. The first use of injectable penicillin by Florey and Chain was for a case of orbital cellulitis.

Introduction of the HiB vaccine coincided with a sharp decline in HiB cases including orbital cellulitis. It is speculated that Lewis Carroll, who wrote Alice in Wonderland, died from HiB pneumonia.

Between 1994 and 2016, there were 503 hospital admissions for HiB meningitis in Australia, including 35% for children aged under 1 year.

Varicella and herpes zoster are due to primary infection with, and subsequent reactivation of, varicella zoster virus, respectively. Varicella (chickenpox) is characterised by a widespread vesicular eruption that is highly contagious. Although consequences of varicella are usually minimal, encephalitis and pneumonia may occur in the immunocompromised. The virus remains dormant in sensory ganglia and may reactivate causing shingles, particularly when host immunity is compromised. Herpes zoster begins with hypoesthesia, pain, burning, itching and a macular rash, which becomes vesicular within 24 hours. Post-herpetic neuralgia is often debilitating.

Involvement of the first division of the trigeminal nerve may result in herpes zoster ophthalmicus. Corneal lesions, associated with nasociliary involvement, include punctate epitheliopathy, pseudodendritic keratitis, disciform stromal keratitis, neurotrophic keratitis and scarring. Iritis, glaucoma, optic neuritis, and acute retinal necrosis may also occur. Although chickenpox cases are fewer since vaccination became available, there has been a paradoxical increase in herpes zoster in adults over the past decade. This may relate to reduced exposure to infected children, which acts to boost immunity.

Shingles vaccination was introduced for older people to reduce the likelihood of shingles but may trigger acute retinal necrosis in immunocompromised individuals. As the vaccinated generation ages, we expect a drop and eventual disappearance of herpes zoster.

As outlined in a recent review in Nature: “Immunization is one of the best investments in health and should remain a priority for research, industry, public health and society.”

The burden of vaccine-preventable diseases has been forgotten by younger generations, who have never seen these diseases acutely let alone the devastating complications causing blindness or death. We are living in an era when a large number of patients are surviving cancer, HIV and autoimmune diseases but living with suppressed immune systems.

It is estimated that in Sydney, 17% of the population is immunosuppressed. An epidemic of any of the vaccine-preventable illnesses may cause unprecedented deaths and morbidity in this population. As global migration and international travel increases, so does the likelihood of exposure to vaccine-preventable diseases. Physicians need to be conversant with the ophthalmic complications of these infections, as well as the human impact.

When ophthalmologists and optometrists encounter vaccine-hesitant families, they should emphasise to them that although their children may escape direct illness through relying on herd immunity, failing to have their daughters vaccinated places future grandchildren at risk of congenital rubella, for example. The WHO has produced an excellent booklet – Best practice guidance: how to respond to vocal vaccine deniers in public – in which they stress several key rules. Most importantly, the general public, not the vocal vaccine denier, is your target audience.

We can make the public more resilient against antivaccine statements and stories as we support the vaccine-hesitant in their vaccine-acceptance decision.

David A Mackey AO is Professor of Ophthalmology and NHMRC Practitioner Fellow at the University of Western Australia. He is a paediatric ophthalmologist researching gene and environment interactions leading to blindness.

Hugh R Taylor AC is a Melbourne Laureate Professor and Chair of Indigenous Eye Health at the University of Melbourne. He is the  Immediate Past President of the International Council of Ophthalmology.

Justine R Smith is the Matthew Flinders Distinguished Professor of Eye and Vision Health at Flinders University. She is a clinician-scientist ophthalmologist whose research and clinical work focuses on uveitis.

3 thoughts on “Blindness: converting the vaccine-hesitant”