Exit strategy: we can do it for COVID-19, why not tobacco? 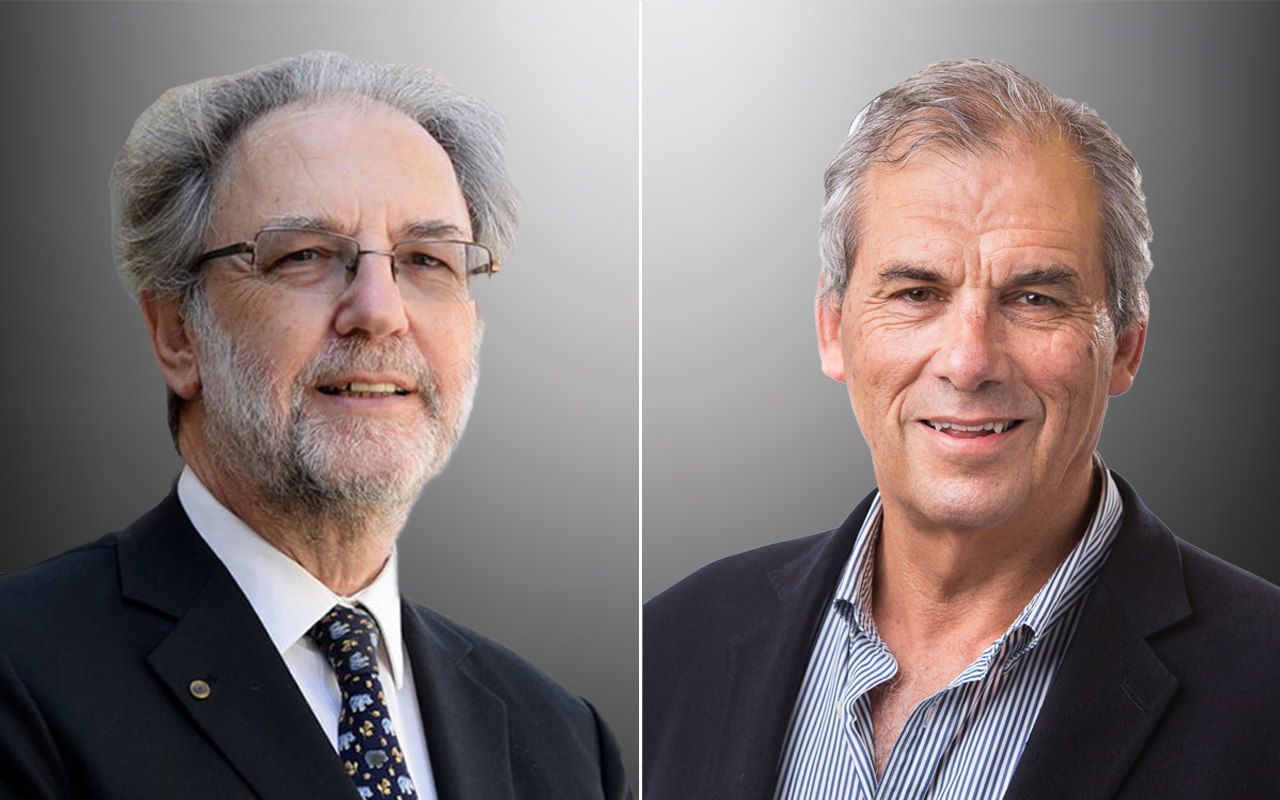 COVID-19 was first identified in December 2019 and declared a pandemic by the World Health Organization in March 2020. Australia is now seen as a world leader in taking action based on public health advice. This has entailed profound restrictions on social and economic activity, adverse impacts on many industries, and massive expenditure by government, resulting in extensive population-level behaviour changes, with strong community support. Our governments deserve praise for their early and effective action, as do many others, from health professionals to the wider community which has adhered so well to the restrictions.

There is another pandemic, stealthier and even more lethal, that we have known about for exactly 70 years. It causes 8 million deaths a year globally, 20 000 in Australia. We know the cause, the harms, the vector and the comprehensive public health approach recommended to bring it to an end. But tobacco, unlike COVID-19, is knowingly generated, promoted and sold by an industry with a history of lies, deceit and aggressive opposition to action that reduces the death, disease, misery and economic costs its products cause.

The two articles that first clearly identified smoking as a cause of lung cancer were both published in 1950 – Wynder and Graham’s Tobacco smoking as a possible etiologic factor in bronchiogenic carcinoma – a study of 684 proved cases, in JAMA on 27 May 1950, followed by Doll and Hill’s BMJ article, Smoking and carcinoma of the lung, on 30 September 1950. The years since have seen countless further reports confirming smoking and passive smoking as the causes of an extraordinary range of diseases. Fifty years ago, on 15 May 1970, the World Health Assembly passed its first resolution calling for action on smoking. For over 40 years, authoritative reports have recommended a comprehensive approach to combat this epidemic, with the same broad themes of public education, regulation, taxation and cessation support.

So how does Australia measure up, 70 years on?

Governmental action initially entailed little more than posters and leaflets. The first television advertisements about smoking, generated in 1971 by the pioneering Director of the Cancer Council Victoria, Dr Nigel Gray, were initially rejected by television stations. Substantial government media campaigns started in the 1980s, albeit at levels well below those for commercial products. The introduction of protective regulatory measures around the nation has been hard-fought against fierce opposition from the tobacco lobby. The Australian Government is a signatory to the WHO Framework Convention on Tobacco Control, including Article 5.3, specifying that tobacco companies should play no role in public health policy. The current federal Minister for Health, Greg Hunt deserves great credit for maintaining strong governmental resistance to relentless tobacco industry lobbying. He and his state and territory counterparts have also insisted on a strong, evidence-based approach to the regulation of e-cigarettes, with a special focus on protecting children and young people from the products and promotions that have caused much concern in the US and elsewhere.

After World War II, almost three-quarters of adult males were smokers, and smoking was increasing among females. The latest national surveys show 12% of adults as regular daily smokers (with further encouraging reports from some jurisdictions), and regular smoking among school students fell from 24% in 1984 to 5% in 2017 (3% in children aged 12–15 years). After plain packaging was implemented, the Imperial Brands company reported dolefully that “Australia is the darkest market in the world”. A recent study in Lung Cancer shows that if present trends in Australia continue, between 2016 and the end of the century, 1.9 million premature deaths will have been averted from lung cancer alone. Australia is widely recognised as a global leader, from advocacy to action, and from research to implementation.

But smoking remains a national catastrophe — our largest preventable cause of death and disease. Two in every three deaths among smokers can be attributed to smoking. Disadvantaged groups suffer disproportionately – Indigenous people, people with mental health problems and people with lower levels of education. Further, our successes in reducing smoking and achieving measures such as plain packaging and increases in the cost of cigarettes have led to unwarranted complacency. The reinforcing action that we needed has not occurred; we have good strategies, but little immediate action; and despite overwhelming evidence supporting well funded public education (and tobacco tax revenue of $17 billion p.a.), the last national media campaign was in 2012.

Now, more than ever, we have clear evidence about exactly what is needed to end the tobacco epidemic. Business as usual will result in some 20 000 tobacco deaths annually for decades ahead. Seventy years on from the certainty that smoking kills, this is unacceptable. The time is long overdue for Australian governments to plan an end to this preventable pandemic.

While there is rightly much planning about COVID-19 exit strategies, we must also plan for a tobacco exit strategy. There is now serious discussion internationally about the agenda for an end point – a target date for phasing out tobacco sales (here, here and here). This will require an agreed national strategy with a realistic date after which cigarettes and other tobacco products are no longer sold as standard commercial products. Importantly, this is not a strategy for banning smoking, but for phasing out commercial sales of tobacco products.

The strategy should comprise public education, regulation, and cessation support, with additional support for disadvantaged groups that suffer disproportionately from the health and economic harms caused by smoking and appropriate means of access for those remaining adults who are unable to quit. Nothing in this strategy would approach the constraints that have been so well accepted in relation to COVID-19.

In the COVID-19 context, WHO and other health authorities have emphasised evidence on the importance of smoking as an avoidable risk factor for COVID-19 and a poorer prognosis for smokers who are hospitalised as yet another incentive for smokers to quit (here, here, here, here and here). Early evidence from the United Kingdom suggests that more than 300 000 smokers there may have quit because of COVID-19 concerns.

Ironically, tobacco companies have sought to use the COVID-19 pandemic to promote their image through means such as philanthropy, and even to assert their concerns for health protection. The Philip Morris company closed a facility in Italy temporarily to protect its employees “out of an abundance of caution”, phrasing also used by Altria Tobacco. Sadly, the “abundance of caution” does not prevent these and other companies from selling and promoting products they have known are lethal for 70 years.

Moves to phase out tobacco sales will generate well funded and aggressive opposition from the tobacco companies that operate in Australia (albeit based overseas). Their concern will be twofold: first, the loss of a lucrative market; second, an awareness that, as with plain packaging, once approaches previously considered impossible have been successfully introduced in one country, others will follow, including in low and middle income countries, where their annual market growth is some 20 times greater than in high income countries. But even despite the industry’s lobbying, there is widespread awareness that, as summarised by a 2016 British Supreme Court judgement, this industry “facilitates and furthers, quite deliberately, a health epidemic. And moreover, a health epidemic which imposes vast negative health and other costs”.

All those now selling cigarettes have long been aware that they are selling a lethal product. This further applies to all who support the operations of tobacco companies, including public relations agencies, lobbyists, lawyers, accountants and front groups. The Australian tobacco market is dominated by supermarket chains, but they and smaller outlets would have time to plan for the end of their tobacco business in the knowledge that people will still be able to spend – although on healthier products. There should also be scope to provide corner stores with some support for transition from the government’s tobacco revenues. Treasury would have to plan for an end to those revenues, but also for an end to the much greater social and economic costs that smoking engenders.

Within weeks of evidence demonstrating cause for concern, Australian governments responded strongly to the COVID-19 pandemic, acting on the basis of public health recommendations. This will have prevented thousands of deaths. Just as we need to get to the other side of the COVID-19 pandemic, after 70 years, we also need to get to the other side of the tobacco pandemic. We have made great progress in reducing smoking, but we need a new sense of urgency. Even now, the tobacco giants are running global public relations and lobbying campaigns seeking to circumvent the WHO Framework, and to present themselves as responsible, even health-focused companies. Meanwhile, we daily see further examples of the ways they seek to counter and chill public health action, market their products to young people and vulnerable populations, attack and undermine health organisations and experts, and ensure further increases to the global tobacco death toll.

World No Tobacco Day is on 31 May 2020. Seventy years on from Wynder and Graham and Doll and Hill, Australian governments have shown over the years that determined governments working with well organised health coalitions can take on and beat Big Tobacco. They are currently seeing the substantial health benefits that accrue from relying on public health advice in response to a global pandemic without a commercial vector. Now they can show the world that a tobacco exit strategy is feasible. They should develop a plan to phase out the commercial sale of tobacco products in Australia by 2030.

Emeritus Professor Mike Daube AO is with the Faculty of Health Sciences at Curtin University.