People with epilepsy: sailing against the wind 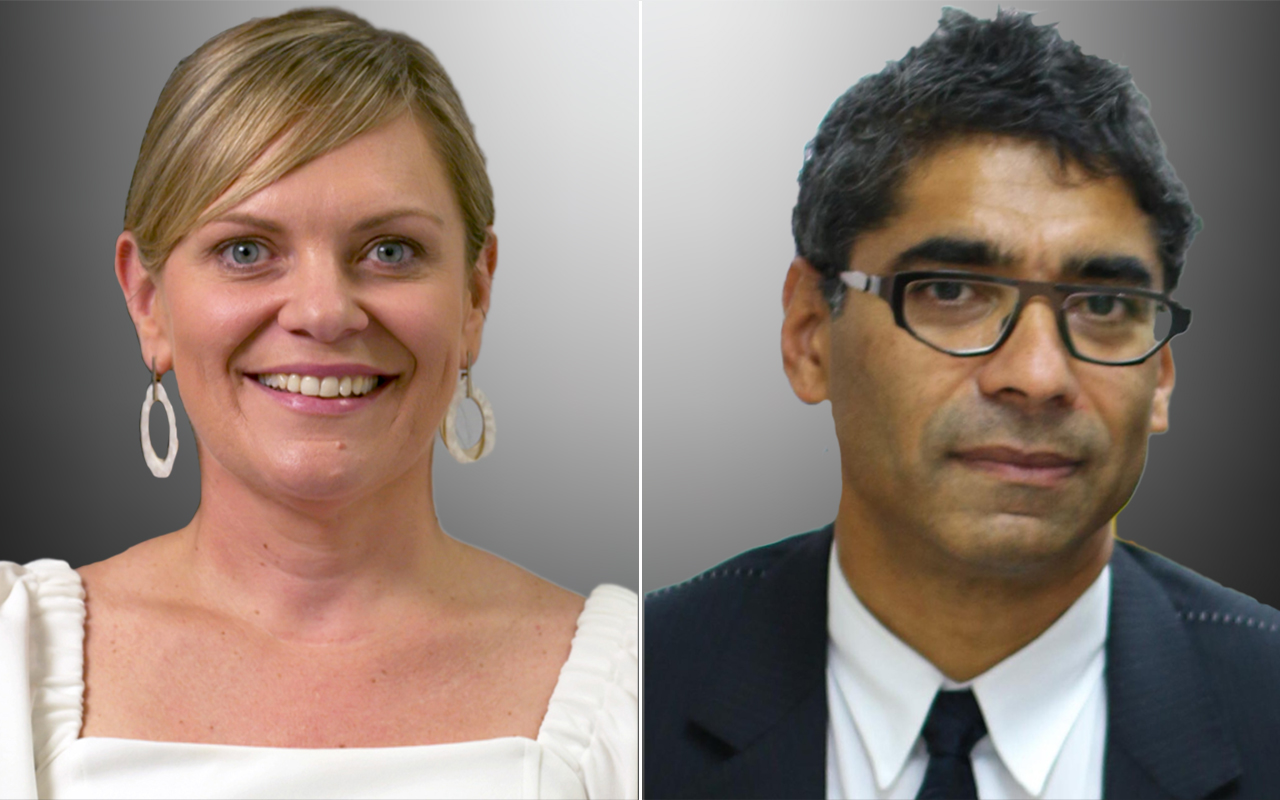 FOR many people, the enduring stigma, uncertainty, social exclusion and restriction of an epilepsy diagnosis can be more disabling than the episodic nature of seizures themselves.

The word “seizure” derives from the Greek meaning “to take hold”. Unfortunately, for many people living with epilepsy, this “hold” is metaphorical as well as physical.

Epilepsy is a disorder of the brain characterised by recurrent and unpredictable interruptions of normal cerebral function, referred to as seizures. In reality, it is so much more. The International League Against Epilepsy recognised this when they defined it as an enduring predisposition to generate epileptic seizures and by the neurobiological, cognitive, psychological and social consequences of this condition.

The definition of an epileptic seizure is a transient occurrence of signs and/or symptoms due to abnormal excessive, or synchronous neuronal activity in the brain. While much uncertainty still surrounds how epilepsy develops and subsequently how seizures are generated, this is a reasonable scientific definition. What it fails to reflect, however, are the tremendous physical and emotional consequences of seizure experiences, often publicly visible aberrant behaviour; injuries, including serious fractures; and the spectre of sudden unexpected death in epilepsy.

A long term community study in Tasmania observed that each year about one in ten people with epilepsy are injured from a seizure. Of these seizure-related injuries, the most common is head injuries (27%), one in four of which requires stitches. Further, the risk of drowning is 15–19 times greater for people with epilepsy compared with the general population, with water immersion injuries accounting for nearly 26% of all seizure-related injuries.

Other injuries can include those that occur while driving (14%), burns (14%), and fractures and dental injuries, which each make up 10%. Impaired awareness, cluster seizures, sleep‐only seizures and convulsive seizures were characteristics found to significantly influence injuries irrespective of seizure frequency. Patients’ perception that they had a warning was not protective. The Australian study found that having even just one seizure per year was a risk for injury to the person with epilepsy, emphasising the importance of seizure freedom for maximising the safety of patients with epilepsy.

The unpredictable nature of seizures creates an invisible burden for people with epilepsy. We frequently proclaim that our patients spend relatively short portions of their lives having seizures, but people with epilepsy remain perennially at risk, and this uncertainty pervades every life choice. It percolates into educational and work opportunities, relationship and social functioning and independence, thereby affecting ultimate life trajectories and psychological wellbeing. Emerging research into intrinsic seizure cycles, seizure detection and seizure prediction has the potential to leverage the development of a whole range of wearable devices aimed at identifying seizures in real time, advise patients how to make safer choices and ultimately lead to more certainty and control for people with epilepsy.

Groundbreaking research by Karoly and colleagues revealed more than 80% of patients have seizure cycles – daily, weekly and sometimes even longer. Cyclic patterns were studied using a combination of a unique dataset comprising the longest continuously recorded invasive brain wave monitoring in humans (NeuroVista data) and data from a self-reported study Seizure Tracker diary. Some patterns were highly significant, suggesting people with epilepsy may each have a person-specific but robust rhythm or pattern to their seizures. It is hoped this may provide new strategies in seizure forecasting and active preventive strategies tailored to times when people with epilepsy are most at risk. If successful, these bespoke adjustments to behaviour or medication could finally combat these seemingly random events. This brings hope of minimising uncertainty and may reduce the risk of adverse outcomes of seizures including sudden unexpected death in epilepsy. In the same way, non- electroencephalogram-based seizure detection devices with robust evidence in clinical trials are now available and reliably detect generalised tonic–clonic seizures and raise the alert to carers.

While technology and trials evolve to reduce uncertainty, we must accept and aim to optimise the management of comorbidities associated with epilepsy. The broad categories of cognitive, psychological and social morbidity are included in the definition and spawn a myriad of subcategorical problems affecting patients in daily life. The silent and poorly acknowledged factors endemic for people living with epilepsy are comorbid anxiety and depressive disorders that lead to reduction in quality of life and increased health care utilisation. Mood disorders may also have an impact on medical outcomes, including poorer seizure control and higher adverse effects associated with anti-epileptic medications.

A recent meta-analysis showed a prevalence of anxiety and depressive disorders in people with epilepsy to be 20.2% and 22.9% respectively, compared with population estimates in the general community of 8.2% and 9.4%. It is noteworthy that the prevalence did not change according to whether patients had well controlled or drug-resistant epilepsy.

We recently developed a valid and reliable Epilepsy Anxiety Survey Instrument (EASI) and a brief counterpart (brEASI), which may be useful in busy neurology clinics. Such tools have the potential to improve detection and generate active interventions for anxiety management in people with epilepsy. The importance of this is paramount. There is ample evidence of the adverse impact of anxiety on overall quality of life. Improved recognition using well established (eg, DASS-21) and novel tools (EASI and brEASI), can drive active management to optimise care for people with epilepsy. This must become more prominent on our agenda to improve the care and wellbeing.

The quality of life for people with epilepsy may be affected by numerous other factors over and above mood disorders. Work published in 2020 using an internet-based survey model in Australia provides us with insights into some of the factors that affect the lives of people living with epilepsy. Although there were some acknowledged limitations due to the novel mode of delivery and collection of data, from patients accessing an online survey setting, the insights supported previous findings that comorbidities are commonplace and do not directly correlate with seizure control. This highlights that we should not only be asking about seizure frequency and medication tolerance in the clinic. Clinicians and multidisciplinary care teams need to probe into psychiatric comorbidities, sleep quality, memory and social functioning to address patient concerns. This allows appropriately directed interventions and streamlined support to optimise the quality of life in our patients with epilepsy.

Social stigma is a major player in reduced quality of life for people living with epilepsy. This discrimination is ingrained in society and dates to the earliest civilisations – the Mesopotamians, for example, attributed the disorder to “the hand of sin”. Hippocrates started our legacy of awareness and understanding when he wrote:

“… the popular superstition, the magicians, the wizards and charlatans, who named the disease sacred, are being attacked … The assumption of the gods being its cause reveals those people as fundamentally impious, for the gods do not make men’s bodies unclean, as the magicians would have them believe … Epilepsy is no more divine than other diseases … its cause lies in the brain”

Despite this revelation in 400 BC, stigma remains a critical issue among people with epilepsy. Stigma is a phenomenon wherein an individual faces social rejection because of an attribute perceived as undesirable or disgraceful. In one study including 343 Australians with epilepsy, half reported perceptions of unfair treatment as a result of their condition. Stigma remains prominent around the globe, resulting in discrimination in all aspects of life. The individual (understanding, disclosure status, disease control, psychological comorbidity, education, social and financial status) and community factors (general impression and beliefs, social restriction, occupational status, social supports) that contribute to stigma require ongoing careful attention from the medical profession.

It is essential that accurate information and education about epilepsy is proactively filtered to both these groups in the expectation that improved knowledge will hasten a paradigm shift in understanding, attitudes and equal opportunities for people with epilepsy.

Seizures affect at least one in 100 Australians at some stage in their lifetime. It affects people of all ages and gender. It is time for us to talk, consider, educate and engage with individuals and communities about epilepsy. Purple Day is 26 March 2020, a global initiative for the awareness of epilepsy.

This year, through the joint efforts of Epilepsy Action Australia, Epilepsy Australia, Epilepsy Queensland, Epilepsy ACT, the Epilepsy Foundation, Epilepsy Tasmania, the Epilepsy Centre (South Australia and Northern Territory) and Epilepsy WA, it is planned that more than 100 landmarks Australia-wide will turn purple to honour this occasion and applaud all of those living with epilepsy locally, and around the world. Some of the Australian landmarks may include the Story Bridge in Brisbane, the Royal Mint in Canberra, the Melbourne Star Observation Wheel, the Government House in Hobart, the Adelaide Oval and the Optus Stadium in Perth. COVID-19 restrictions may effect these plans.

With ongoing efforts from the local and international epilepsy community, we hope in time, people with epilepsy will be given calmer waters in which to navigate their medical, psychological and social journey. It is time for the winds to change, from denial and ignorance, to awareness and understanding. More than 50 million people worldwide depend on it.

Purple Day is a registered trademark of the Anita Kaufmann Foundation.

Dr Kaitlyn Parratt is a Neurologist and Epileptologist at Royal Prince Alfred Hospital and Sharp Neurology, Sydney. She is a specialist in epilepsy, headache disorders, botulinum toxin for neurological disorders and electroencephalography. She is an active member of the Australian and New Zealand Association of Neurologists and the Royal Australasian College of Physicians. Her work has been dedicated to ensuring optimal education, training, supervision and support systems for neurology trainees in Australia and New Zealand.

Associate Professor Wendyl D’Souza is a Consultant Neurologist, Head of Epilepsy Services and supervisor of neurology advanced training at St Vincent’s Hospital, Melbourne. Since 2000, he has also held a conjoint appointment in Neuro-epidemiology and Health Services Research at the University of Melbourne. His current focus is on estimating and treating modifiable comorbidities in the most common group of inherited epilepsies, idiopathic generalised epilepsy, and using privacy-preserving data linkage techniques to improve epilepsy-related health outcomes.

One thought on “People with epilepsy: sailing against the wind”