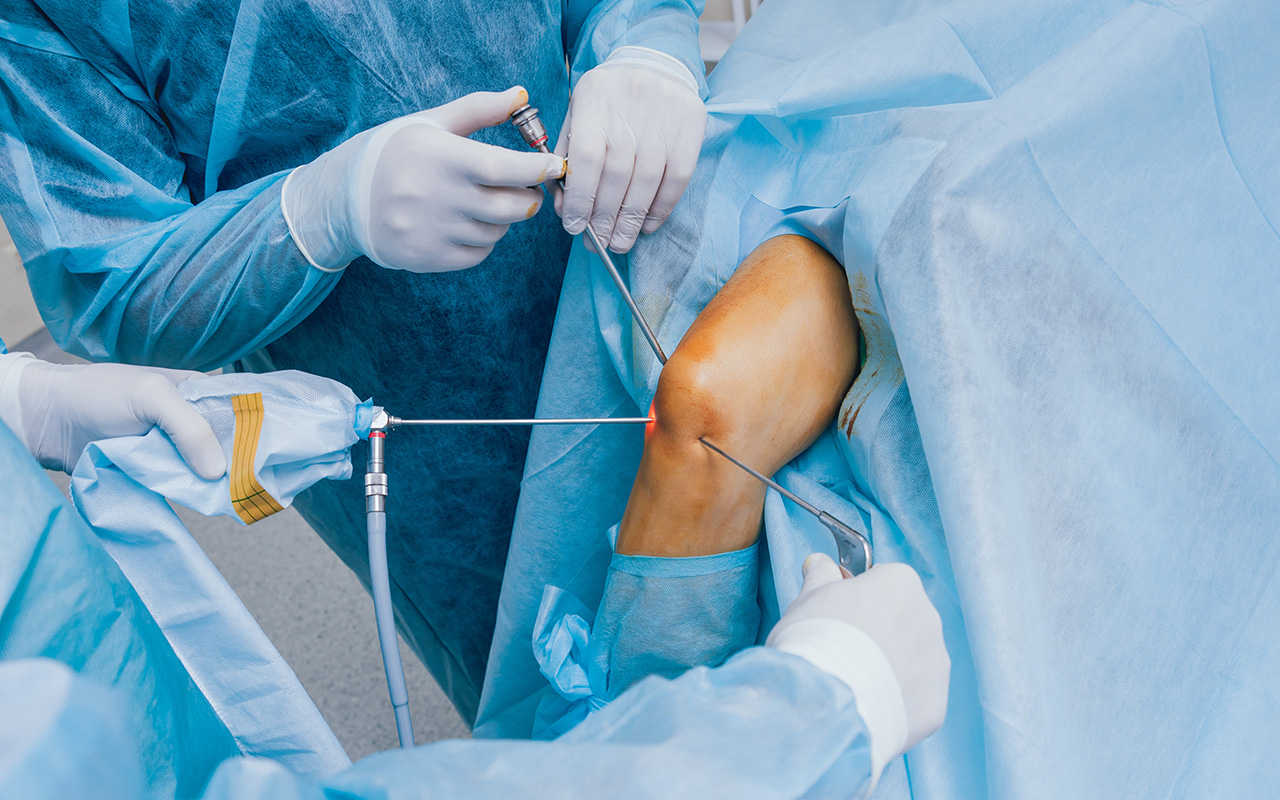 THE rate of non-reconstructive arthroscopic knee surgery in people aged over 50 years has fallen over the past decade, according to new research, but an expert says that regulatory measures may now be needed to close the remaining evidence–practice gap.

The researchers wrote that randomised controlled trials over the past 6 years had suggested that the outcomes of arthroscopic partial meniscectomies in people with non-obstructive degenerative meniscal tears were similar to those of sham surgeries or structured rehabilitation. They added that older randomised controlled trials had also found no benefit in arthroscopic lavage and debridement.

Professor David Hunter, Florance and Cope Chair of Rheumatology Chair of Institute of Bone and Joint Research at the University of Sydney, said the evidence of a lack of benefit from knee arthroscopy had been mounting since the early 2000s.

Education of primary care practitioners and the community would be helpful in further reducing the rate of knee arthroscopies, Professor Hunter said, but it may also be time for regulatory measures.

“The carrot approach has been tried for so long with regards education and reinforcement, and I honestly think it’s about time we made it difficult from a reimbursement perspective for surgeons,” he said, noting that exceptions could be made for necessary procedures, such as in the “very rare” case of a locked knee after a meniscus tear.

Professor Hunter said the arthroscopy item numbers would be reviewed under the orthopaedic segment of the Medicare Benefits Schedule Review, with the findings expected to be released this year.

He also noted that the 258% increase in arthroscopic meniscal repairs over the same decade – which the MJA authors cited from a separate analysis – may be cause for concern.

“Arthroscopic meniscus repair is not particularly successful, so it just raises a question for me about whether there has been some diversion away from arthroscopies but towards meniscus repair,” he said.

“Unfortunately, our health system does not prioritise or incentivise weight loss, but it does incentivise surgical interventions,” he said. “It is harder for a patient to get a course of [physiotherapy] – in terms of cost and effort – than to be booked in for a knee arthroscopy, and the latter is easier to reimburse for insurers [or through] Medicare.”

Professor Flavia Cicuttini, Head of the Musculoskeletal Unit at Monash University and Head of Rheumatology at Alfred Hospital, said most knee disease in people over 50 was osteoarthritis, and the high rate of procedures reflected a lack of simple, effective therapies for the condition.

“A procedure such as an arthroscopy may be an attractive option to some consumers and some heath care providers.” Professor Cicuttini said. “The problem is that that there is no evidence for its effectiveness compared to non-surgical procedures, and it is associated with high costs and the potential for complications.”

Professor Cicuttini added that it was concerning to note that arthroscopy was often followed by a knee replacement.

“This has to be seen as a waste of resources because if the knee [osteoarthritis] is severe enough for a knee replacement to be considered in the next 2–3 years, then there is no place for an arthroscopy in uncomplicated knee osteoarthritis.”

She said it was not surprising that arthroscopies in people aged over 50 years, often targeting meniscal pathology, were ineffective.

“All the epidemiological work over the last 10–15 years has shown that osteoarthritis is a disease of the whole joint, not just cartilage, and that degenerative meniscal changes in the knee are common, and, although associated with knee pain, are not the cause of the pain,” she said.

The MJA authors noted that the discrepancy between research findings and practice could take a decade to resolve. They identified several barriers to practice change, including confirmation bias, pressure from patients, few therapeutic alternatives, and time pressure.

Professor Harris said confirmation bias – “or a lack of scientific literacy and objective understanding of the evidence” – was the biggest factor.

“Patients pressure you for all sorts of things, but you don’t do them unless you think they work. We are all under time pressure, but that doesn’t mean we commit to procedures that we know to be ineffective. The only thing that really makes sense is that surgeons are doing it because they think it works,” he said.

“The thing to remember in all of this is that this procedure is done for lots of different reasons, many of which may be very effective – we only have good evidence for degenerative conditions. Having said that, I believe that most knee arthroscopies in this age group are still being performed for degenerative conditions, so that rate will continue to fall as the message gets through.”

Professor Cituttini said exercise and weight management remained the mainstay of osteoarthritis management. Education programs were also important, she said, to enable patients to understand osteoarthritis and what they can expect in its management.

“Symptoms from osteoarthritis tend to fluctuate. Weight management, including prevention of weight gain are important, as is doing regular exercise,” she said. “During episodes of pain, then analgesics such as paracetamol or nonsteroidal anti-inflammatory medications (topical or oral if appropriate) can improve symptoms.”

Professor Harris agreed that conservative management, such as weight loss, exercise and anti-inflammatory medication, may be effective for degenerative knee conditions.

“Surgeons may feel that these – especially [weight loss and exercise] – are more difficult and, to be honest, I think many patients feel the same way: why exercise or lose weight when you can have a procedure?” he said. “I think the benefits of weight loss and exercise are undersold because of this nihilism about the likelihood of uptake, but the benefits of weight loss alone in this age group can be enormous, in that it can prevent or treat heart disease, diabetes and all the associated conditions.”

“The GP’s job here is really hard. Guidelines advocate that we should be doing exercise, weight loss and educating our patients as the first line treatments for osteoarthritis; unfortunately, [most] of the time – 80–90% of the time – that’s not happening,” he said. “We have these expensive interventions like arthroscopy and [magnetic resonance imaging] for the knee, which are reimbursed, but if you are a public patient and you want to access meaningful intervention centred around exercise and diet, you don’t get a lot of support from Medicare.”