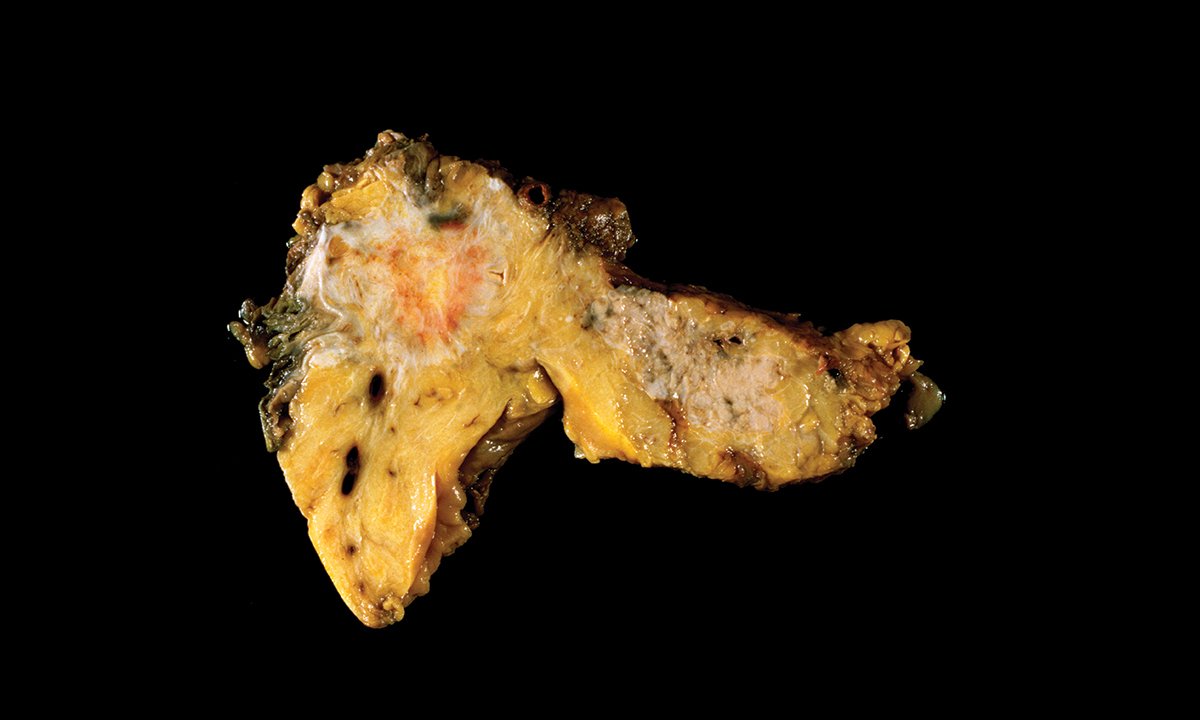 Smoking and pancreatic cancer: yet another reason to quit

THOUSANDS of cases of pancreatic cancer could be avoided in the coming decades if current smokers could kick the habit, prompting one expert to call for a renewed commitment to making tobacco control and smoking cessation “public health priority number one”.

Research published in the MJA estimated that, if smoking prevalence remains unchanged, 21.7% of future pancreatic cancer cases would be explained by current or recent smoking.

The researchers analysed the data of 365 084 adults from seven prospective Australian study cohorts and linked this to data from the Australian Cancer Database and National Death Index. They identified 604 incident cases of pancreatic cancer over a median follow-up of 4.8 years and concluded that current and recent smoking explained 21.7% of cases. Current smoking alone was estimated to account for 15.3% of the future pancreatic cancer burden, or 5500 cases over the next decade if smoking prevalence remains unchanged.

In an exclusive InSight+ podcast, research co-author Dr Maarit Laaksonen said that while smoking rates were decreasing in Australia, smoking continued to be the main modifiable risk factor for pancreatic cancer.

“One in five pancreatic cancers can be still attributed to smoking and most of that to current smoking, which is preventable,” Dr Laaksonen said, adding that smokers who quit remained at elevated risk for many subsequent years.

Professor Billie Bonevski, smoking cessation researcher at the University of Newcastle, said it was troubling that this study was able to predict so many pancreatic cancers in the future due to smoking.

“We can prevent many of these future cases of cancer by helping smokers quit today,” she said.

While many adults who smoked were aware of the health risks, Professor Bonevski said some misconceptions remained.

“It’s important that we keep the public education about the terrible risks of cancer high on the tobacco-control agenda. It is a difficult message to communicate to young people because they don’t think in terms of the long term effects of their actions. Messaging for young people has focused on other types of themes such as image and the unappealing features of smoking, which has been successful in contributing to low smoking rates among young Australians. Other tobacco control strategies like plain packaging and high prices also make smoking unattractive for young people,” she said.

Professor Bonevski said smoking remained the leading preventable cause of disease in Australia and, as such, tobacco control should be “public health priority number one”.

Dr Mehrdad Nikfarjam, founder and board member of the Pancare Foundation, and a liver, pancreas and biliary surgeon, welcomed the findings, but noted that the study did not control for familial pancreatic cancer, which accounted for 10–15% of pancreatic cancer cases.

Dr Nikfarjam said it was interesting to see that even smoking fewer cigarettes per day could reduce the risk of pancreatic cancer.

“This study showed that, if you reduced your smoking from 10 or more cigarettes to less than 10 cigarettes per day, you could reduce the risk of pancreatic cancer to 7.5% rather than 21.7%,” he said. “Ideally, people should stop smoking, but even trying to reduce the number of cigarettes smoked can make a difference.”

Professor Jaswinder Samra, clinical professor of surgery at the Australian Pancreatic Centre, said smoking had long been known as a risk factor for pancreatic cancer, but it was surprising to see the magnitude of risk identified in this latest research.

Professor Samra said not only was smoking a key modifiable risk factor for pancreatic cancer, but its other health impacts – such as cardiovascular and lung function – could also affect cancer treatment options.

“If a patient has pancreatic cancer as well as heart disease or significant lung disease, they are not going to be fit enough to have surgery,” Professor Samra told InSight+. “I see a number of patients every year who are operable but can’t have the surgery because their poor cardiac state or lung function means they are not fit enough to tolerate surgery.”

Dr Nikfarjam said there had been significant improvements in the early detection and treatment of other major cancers, but progress in pancreatic cancer had been slower and it remained one of Australia’s most deadly cancers.

“By 2030, pancreatic cancer is likely to be the second leading cause of cancer death in our society, after lung cancer,” he said.

“Those other cancers have had a lot more funding than pancreatic cancer, so there has been a realisation, through government and society, that we need a greater focus on pancreatic cancer. More grants are now being made available for these rarer or high risk cancers by government and organisations [such as] the Pancare Foundation, driving increased awareness and raising funds for novel therapies.”

3 thoughts on “Smoking and pancreatic cancer: yet another reason to quit”