IWD 2019: Australia leads best when it leads by example 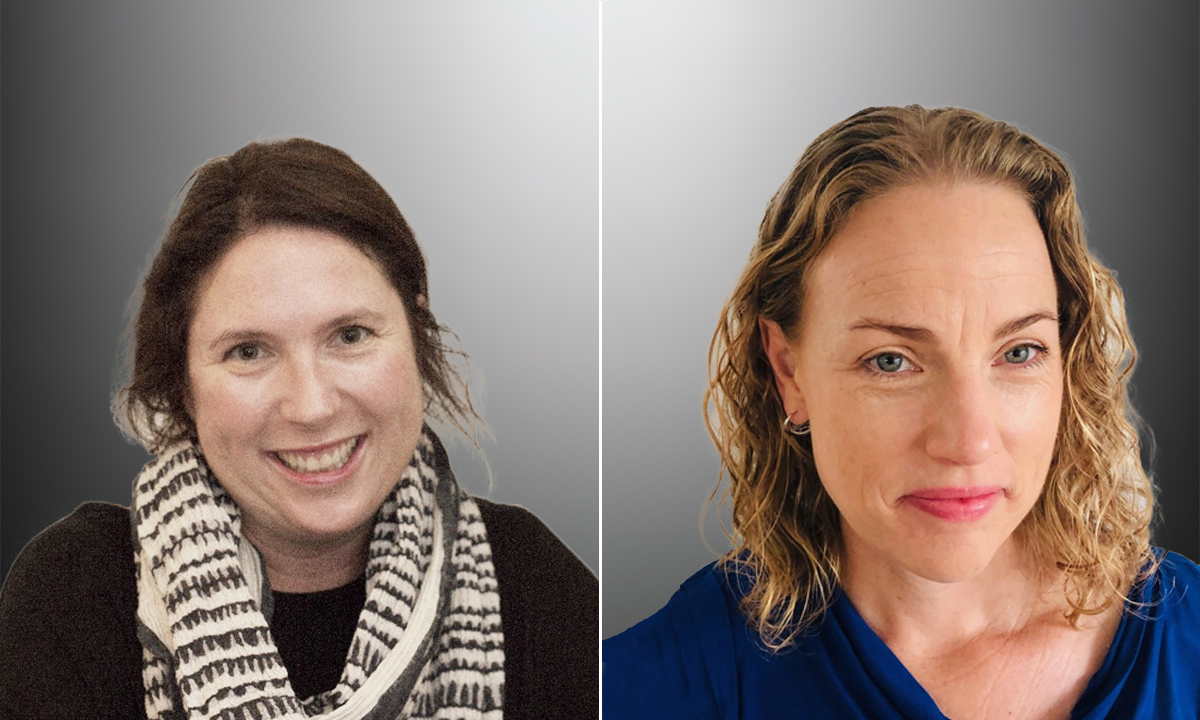 INTERNATIONAL Women’s Day (IWD) will be acknowledged in Australia and around the world on Friday 8 March. For those of us in this country working at the juncture of women’s and girls’ health, wellbeing and gender empowerment and rights, IWD is an important day to take stock.

What are the pressing challenges to the health and wellbeing of women and girls in this country? What are the enablers and opportunities? What health and gender equity policy (and budget and resource) is needed for impactful and sustainable intergenerational systems change? How do we ensure Australia’s diverse women and girls – 52.2% of our population – are meaningfully represented and actively included in decisions about long term national health and wellbeing policy and planning that affect them?

The paucity of women in politics in Australia means the need for mainstreaming and combining gender equality in a Health in All Policies approach, as well as in participatory governance frameworks and mechanisms, is now greater than ever. This is particularly important for women and girls in Australia who face intersectional discrimination and inequality because of their indigeneity, age, socio-economic and employment status, identity as lesbian, gay, bisexual, transgender, intersex and queer (LGBTIQ+), disability or chronic disease status, culturally or linguistically diverse background, or rural or remote location.

The Australian Government has demonstrated its strong commitment to enhancing gender equality and women’s and girls’ health and wellbeing in our Overseas Development Aid (ODA) program, especially in the Indo–Pacific region. The Department of Foreign Affairs and Trade (DFAT) has a comprehensive Gender Equality and Women’s Empowerment Strategy that all government agencies delivering Australia’s ODA program must apply. DFAT has also appointed an Australian Ambassador for Women and Girls and an Australian Ambassador for Regional Health Security. As a member of the United Nations Human Rights Council, Australia has pledged to promote human rights for all, including a commitment to advancing gender equality and promoting the rights of women and girls, as well as promoting the rights of Indigenous peoples around the globe.

Australia leads best in the Indo–Pacific region, and on the world stage broadly, when it leads by example. Regrettably, however, as recently as 2017, Australia was described as a “mid-range performer in the OECD across most gender equality outcomes”. The Office for Women in the Department of the Prime Minister and Cabinet is making an important policy contribution domestically, but its scope is limited to three priorities that, while touching on the social determinants of health, do not include a health and wellbeing focus (Box 1).

The Workplace Gender Equality Agency within the Australian Government is also playing an important role in advancing gender equality in the public domain, and we applaud the National Health and Medical Research Council (NHMRC) for publishing its Gender Equality Strategy 2018–2021 in December 2018.

Nonetheless, there is a paradox: the Australian Government has an excellent policy framework for gender equality and empowerment that is central to this country’s ODA program, human rights advocacy and economic diplomacy and is to be lauded, but lacks an overarching whole-of-government policy and planning response to gender equality at the domestic level. In light of the overwhelming evidence of the bidirectional relationship between gender and good health and wellbeing (gender also being a social determinant of health), we can and should have a demonstrable commitment to gender equality in both our ODA and domestic policies. For example, the Canadian Government continues to make important strides in implementing its Feminist Foreign Policy agenda in its ODA program while also making significant policy and accountability advancements in gender equality at home.

Australia’s political commitments under the 2030 Agenda for Sustainable Development and its 17 Sustainable Development Goals (SDGs), which the country adopted in September 2015 along with 192 nations, should be harnessed to drive the much needed domestic policy change for advancing Australian women’s and girls’ right to health, for this generation and generations to come (Figure 1). 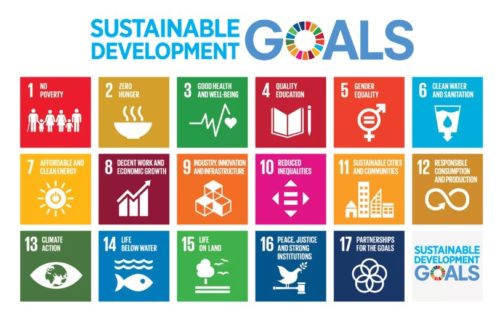 The SDG policy framework is an urgent call to action for all countries, including rich countries such as Australia, to advance planetary health for intergenerational equity and wellbeing. The SDGs provide a compelling economic, social and environmental framework that all of government, the private sector and industry, civil society and communities can together use to accelerate action for women’s and girls’ health and wellbeing across the life course.

SDG 5, which contains six targets and three means of implementation, calls for all countries to achieve gender equality and the empowerment of all women and girls (Box 2).

Of course, the pursuit of gender equality is more than a standalone goal; it is an essential pre-condition for achieving the other 16 SDGs. The same can be said for health. Although there is one global health goal (SDG 3), the social determinants of health (education, gender empowerment, employment, housing, environmental and planetary health) cut across the entire SDG framework.

Integrating gender equality, health and wellbeing into a prospective national SDG implementation plan: turning to guidance from the submissions to the Australian Senate Inquiry into the SDGs

In December 2017, the Australian Government Senate tasked its Foreign Affairs, Defence and Trade References Committee with inquiring into the “United Nations Sustainable Development Goals”. Last month, the Committee released the report of its Inquiry, with 18 recommendations for SDG implementation domestically and as part of Australia’s ODA program.

Recommendation 1 calls on the Australian Government to publish a national SDG implementation plan “that includes national priorities and regular reports of Australia’s performance against the goals”. For insights into the cross-cutting gender equality, health and wellbeing issues for priority in a potential national SDG implementation plan, we turned to the diverse stakeholders behind the Senate Inquiry’s 164 submissions. We identified 24 submissions that had a focus on gender and health and implementation of the SDGs in the domestic context (as opposed to Australia’s ODA program) (Table 1).

Table 1: The organisations that presented submissions to the Australian Government Senate Inquiry into the “United Nations Sustainable Development Goals” included in our analysis

Thematic analysis of these submissions (accessed from an Australian Government website and in the public domain) identified four priorities:

Across these submissions, reducing the gap in health outcomes between Aboriginal and Torres Strait Islander and non-Indigenous Australians was identified as the most significant application of the SDGs’ Leave No One Behind principle. There was also a clear call for the Australian Government to go beyond a “business as usual” approach to accelerate gender parity, address gaps and disparities in women’s access to health services and health outcomes, and ensure a gender-sensitive approach is taken to implementation of all SDGs. Many submitters highlighted data gaps in Australia and recommended strengthening information systems to ensure collection of high-quality disaggregated data so we can adequately measure gender progress against each of Australia’s SDG commitments, especially at a subnational level (aligning with the Committee’s Recommendations 3 and 11). There were repeated calls for the Government to take a participatory approach to SDG implementation, including introducing a gender-balanced multi-sectoral SDG reference group to advise the Australian Government on SDG implementation (aligning with the Committee’s Recommendation 13).

Priority 2: Sexual and Reproductive Health and Rights (SRHR) To lead by example and ensure no Australian woman is left behind in accessing their SRHR

Most Australian women have access to good quality reproductive and sexual health services, but population segments are being left behind and face barriers to services including contraception, abortion and sexuality education (ie, Aboriginal and Torres Strait Islander women, women in rural communities, culturally and linguistically diverse women, women with disability, sex workers and people facing stigmatisation due to their gender identity or sexual orientation)

In 2016, the former Minister for Foreign Affairs Julie Bishop stated: “Promoting gender equality is smart economics, and the right thing to do – we cannot transform our world unless the place of women within it is transformed”.

DFAT’s Gender Equality and Women’s Empowerment Strategy provides an excellent platform for developing an overarching national policy framework for gender mainstreaming that could be adopted across departments and portfolios, integrated into all national policy, including health, and could inform an SDG national implementation plan. Furthermore, the Australian Government can take advantage of the input of the diverse and well informed stakeholders who made submissions to the Senate Inquiry to begin drafting an SDG national implementation plan immediately. As these important stakeholders have clearly articulated, it’s time for the Australian Government to demonstrate the political will to ensure gender equality in all policy at the domestic level.

Dr Claire Brolan qualified as a lawyer and holds a PhD in Public Health. Her interdisciplinary policy research focuses on health and wellbeing, governance, equity and human rights in the context of Sustainable Development Goal (SDG) implementation at domestic, regional and international levels. She sits on the Global Council for Financing the SDGs and is a member of the International Humanitarian Law Advisory Committee of the Australian Red Cross (Queensland branch). She is an international right-to-health specialist, completing her Postdoctoral Research Fellowship on the right to health in the SDG era at the Dalla Lana School of Public Health, University of Toronto, in 2018. She currently holds a Development Research Fellowship at the Centre for Policy Futures, the University of Queensland.

Lisa Herron (BA Hons, MPH) is a Senior Research Officer at the University of Queensland School of Public Health and a freelance writer with interests in the right to health, community engagement, lived experience of disease and risk and research communication. Her vocational experience includes senior communications and advocacy roles with national CSOs including Cancer Council Australia and the Australian Medical Association.

2 thoughts on “IWD 2019: Australia leads best when it leads by example”