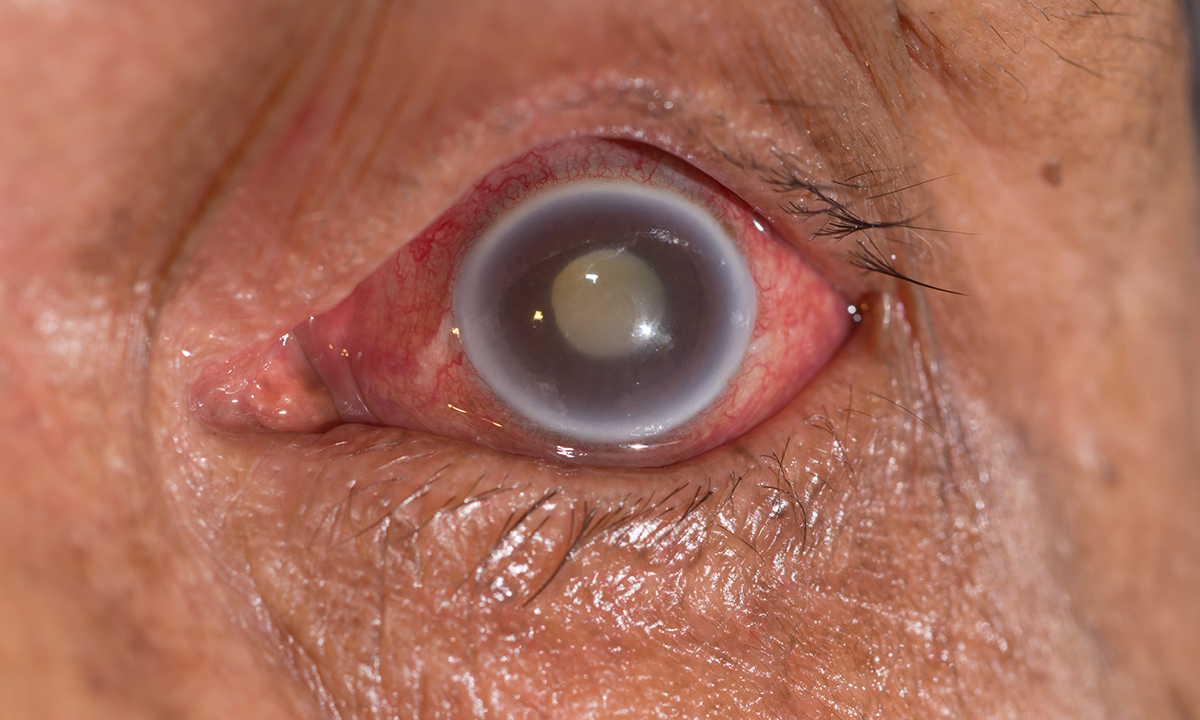 Glaucoma: the “sneak thief of sight”

PATIENTS diagnosed with glaucoma should be urged to alert their first-degree relatives that they have an increased risk of developing this irreversible condition, according to a leading ophthalmologist.

Professor Hugh Taylor, Harold Mitchell Professor of Indigenous Eye Health at the University of Melbourne, said this simple message could make a significant difference to the estimated 50% of glaucoma cases that go undiagnosed in Australia.

“The single thing that we need to do is to make sure that everybody who is diagnosed with glaucoma tells their first-degree relatives – their brothers and sisters, their sons and daughters – ‘hey, I have got glaucoma, you are at risk of glaucoma too, so when you go for an eye exam, tell [the health professional] that you have a family history of glaucoma’,” Professor Taylor told InSight+.

“GPs, pharmacists, optometrists, ophthalmologists, we should all be spreading this message. People who have a family history of glaucoma have 8–10-fold increased risk of developing glaucoma.”

Professor Taylor’s comments came as the MJA this week published two articles on advances in glaucoma management and the importance of collaborative care in improving the quality of life of patients with the disease.

In a Perspective article, experts pointed to several developments in management and detection of glaucoma, including the introduction of optical coherence tomography (OCT).

“OCT can detect thinning of the optic nerve caused by glaucoma, even in early disease progression,” the authors wrote.

The authors noted that in addition to the five eye drops to lower intraocular pressure currently available in Australia, the US Food and Drug Administration approved two new agents in 2018.

They also wrote that selective laser trabeculoplasty was “well tolerated, with few side effects, and [could] be repeated several times”. They reported that it was effective in around 80% of patients but had a failure rate of 50% at 2 years.

In an InSight+ podcast, lead author of the narrative review Dr Jed Lusthaus, ophthalmologist at Sydney Eye Hospital and clinical associate lecturer at Sydney Medical School, University of Sydney, said that selective laser trabeculoplasty had become more mainstream, and some specialists were now using this as first-line treatment.

Dr Lusthaus said there were four minimally invasive glaucoma surgery devices approved for use in Australia.

“We are still working out where they fit in the treatment paradigm,” he said. “[But] it’s exciting to see safer options come through.”

The MJA authors also pointed to several promising management approaches on the horizon, from new developments in drug delivery to research on neuroprotective and neuroregeneration treatments.

“Treatment adherence is a major issue for glaucoma and there are a number of exciting options to try and improve adherence to treatment and these are focused on removing the patient as the person that is relied upon to deliver the treatment and putting it back in the hands of the clinician,” he said.

Speaking to InSight+, Professor Alex Hewitt, professor of Ophthalmology at the University of Tasmania’s Menzies Institute for Medical Research, said the tools available to treat glaucoma had never been better and were always improving.

Professor Hewitt said glaucoma – known as “the sneak thief of sight” – was a disease that underscored the importance of screening because early detection could prevent vision loss. New technologies, such as iPad visual field testing or AI-based optic disc assessment were exciting, and, he said, as glaucoma was one of the most heritable diseases, genetic screening was likely to play a crucial role in earlier detection.

“I would be very confident that, in the foreseeable future, there would be means to profile people cheaply based on DNA extracted from their blood or saliva. I think genetic profiling will be economical and fast,” said Professor Hewitt, adding that most of his research group’s focus was on the genetics of glaucoma.

But, he said, there were issues around how screening was targeted that still need to be addressed.

The authors of both MJA articles also emphasised the importance of collaborative efforts in improving the quality of life for patients with glaucoma.

Dr Lusthaus said it was critical to have GPs on board with glaucoma because they often saw patients who had no contact with ophthalmologists.

“If a patient mentions that they have a family history of glaucoma, then it would be really important for the GPs to say, ‘have you had your eyes tested to make sure you’re not at risk’,” he said.

“This could be simply through providing repeat prescriptions,” he said. “It’s not uncommon for a patient to run out of their medication and think ‘I’ll get that in 2 months when I go back to the eye doctor’, but that is 2 months of untreated glaucoma that could be avoided.”

Dr Lusthaus said glaucoma medication compliance was challenging, with many patients choosing to cease using eye drops that can have side effects such as stinging, dry eye and irritation.

“This is an asymptomatic condition in most cases … and the drops themselves can cause symptoms,” he said. “Patients think, ‘[the drops] are causing a lot of trouble, maybe they are not helping,’ so they just stop them.

He said medication side effects – such as exacerbation of asthma or chronic obstructive pulmonary disease with topical beta-blockers, as well as local side effects – may be mentioned to GPs but not ophthalmologists.

“GPs would be well set to reinforce the need to continue therapy once it has been commenced, but also play an important role in flagging possible side effects,” Professor Hewitt said.

2 thoughts on “Glaucoma: the “sneak thief of sight””