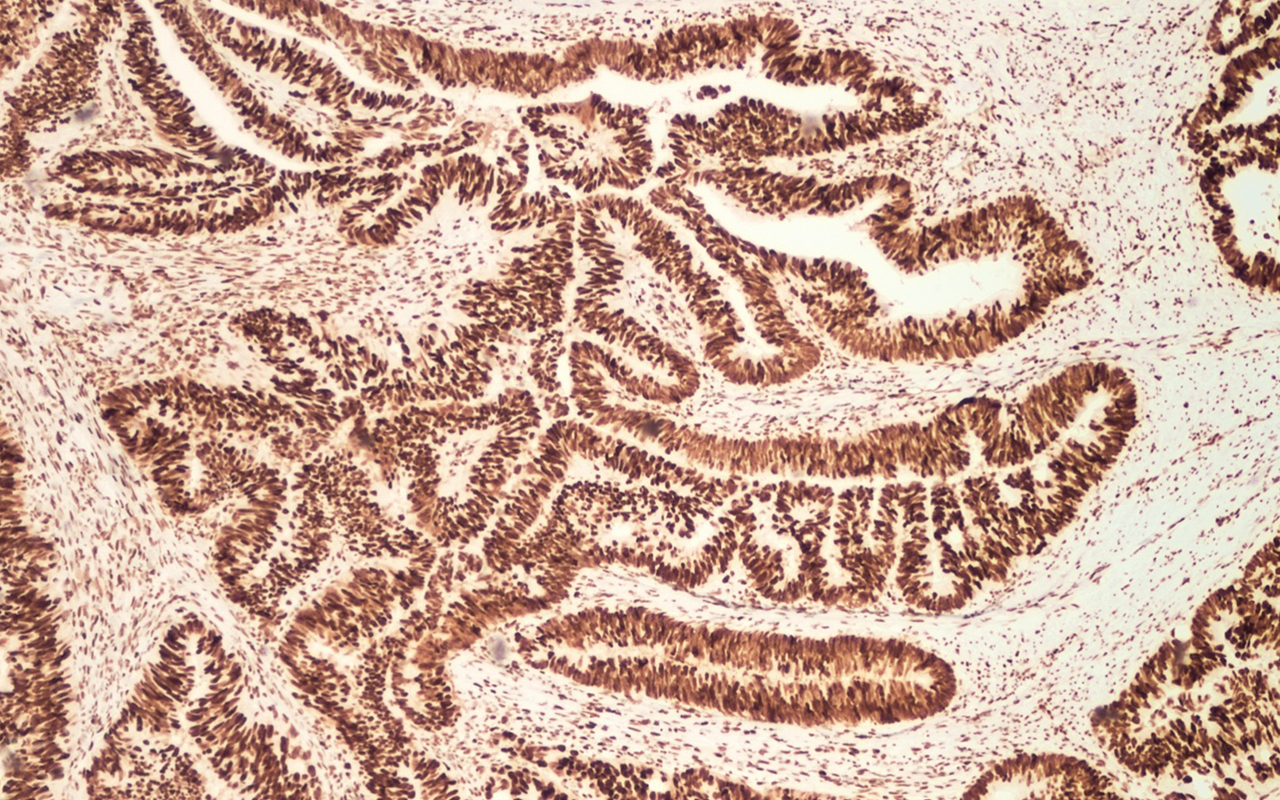 SYSTEMATIC testing strategies for Lynch syndrome, an hereditary cancer susceptibility disorder, could help to identify the large majority of those with the condition who remain undiagnosed, says a patient advocate group.

Lynch Syndrome Australia CEO Susan Morris said one in 280 people – about 100 000 Australians –carried the Lynch syndrome gene mutation, which exposed them to increased risk of up to 12 cancers, including bowel cancer, endometrial cancer and ovarian cancer.

“The bad news is only 5% of us know we have it,” Ms Morris said in an exclusive InSight+ podcast.

Ms Morris welcomed research published in the MJA that found that routine testing of tumours of people with incident colorectal cancer to guide cascade genetic testing of at-risk relatives for Lynch syndrome was cost effective.

After testing a range of strategies, the researchers found that universal tumour testing strategies for guiding germline genetic testing in people with colorectal cancer, compared with no testing, cost around $30 000 per life-year saved, where $30 000–$50 000 per life-year saved is considered to be cost-effective. Routine testing strategies could avert 184–189 colorectal cancer deaths, with an additional 31 000 colonoscopies over the lifetimes of 2420 Lynch syndrome carriers (1000 patients with colorectal cancer and 1420 of their relatives with confirmed Lynch syndrome).

Universal germline gene panel testing was not found to be cost effective at this time.

While in some countries, including the UK, routine testing for Lynch syndrome in people with colorectal cancer is recommended, there is no national testing strategy in Australia.

Lead author Professor Karen Canfell, Director of the Cancer Research Division at Cancer Council NSW, said in the InSight+ podcast that the cost-effectiveness of testing methods currently used in Australia were similar.

“We concluded that this is looking feasible,” Professor Canfell said, noting that the cost-effectiveness of testing, of about $30 000 per life-year saved was in line with Australia’s indicative willingness-to-pay threshold.

“At this point in time, the commonly used methods, particularly immunohistochemistry as the first test, is an effective and cost-effective method of identifying those people most at risk of having Lynch syndrome, and this can then be confirmed via genetic testing, with testing then offered to relatives also,” she said.

She noted that while universal gene panel germline testing on every colorectal cancer case was not found to be cost-effective because to the cost of the technology, that may change over time.

“Certainly … that technology is rapidly becoming more available and more cost-effective, so we feel that it’s probably worth reassessing that in the future.”

Professor Canfell said these findings reinforced the need for more consistent national practice in the detection of Lynch syndrome.

“This new evidence reinforces that and makes the economic case for it, so I hope that, going forward, there will be a case for strengthening those recommendations in the national guidelines and for consideration of reimbursement of genetic testing for this purpose.”

Ms Morris said detection of Lynch syndrome was never good news, but there were benefits for people with this cancer predisposition and their families.

“Knowledge before a cancer means prevention. It means we are able to better manage the risk,” Ms Morris said, noting that a diagnosis of Lynch syndrome can prompt people to have regular blood screening tests, colonoscopies, and, in some cases, prophylactic surgery.

“A large number of women in our latest research … have undertaken preventative surgery to greatly reduce their risk [especially of endometrial cancer].”

She said a national testing policy was just the first step in improving diagnosis, treatment, and support for people with Lynch syndrome.

“It’s really important then that once diagnosed, [people with Lynch syndrome] are not left hanging, that they are embraced within the health system, cared for, and as many cancers as possible are either prevented or detected early.”

Routine testing for Lynch syndrome should be made a national priority

4 thoughts on “Lynch syndrome: the cancer risk nobody’s heard of”