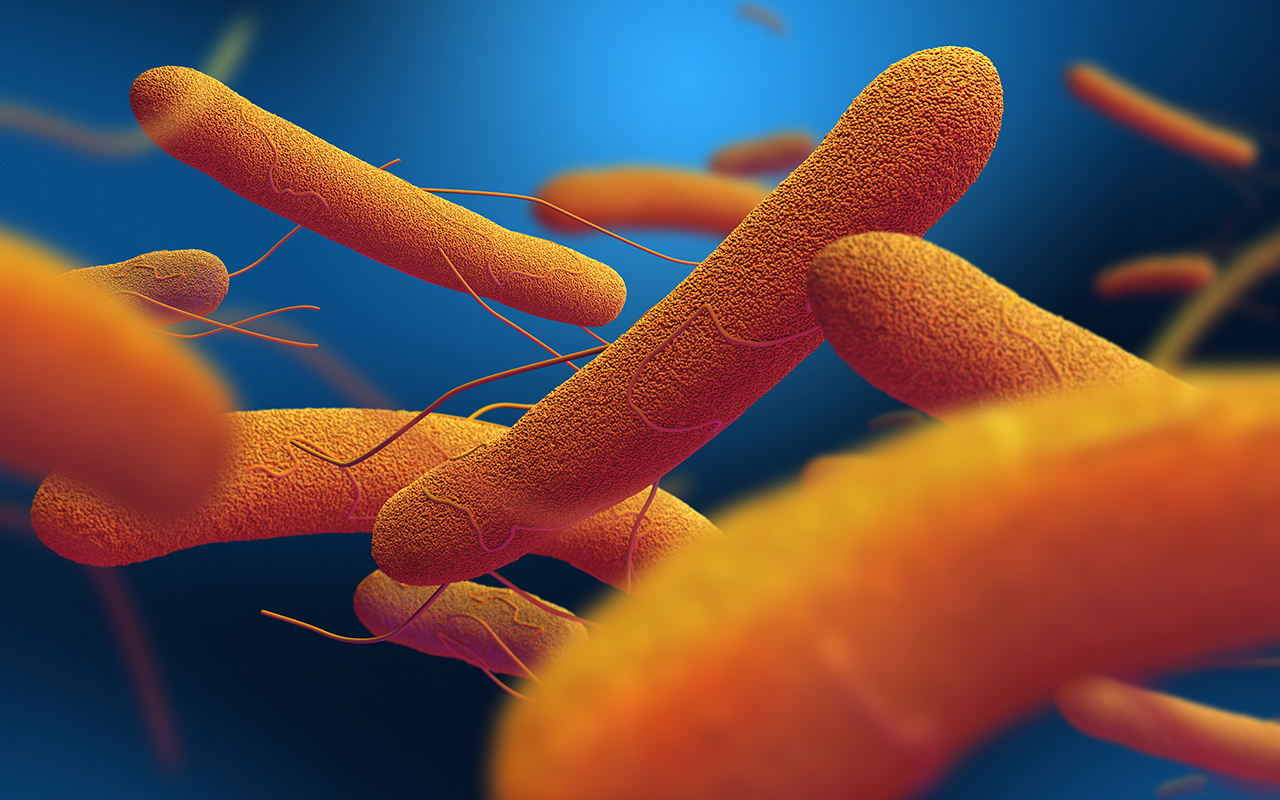 First case of XDR typhoid: a red flag for GPs

AUSTRALIA’S first reported case of extensively drug-resistant (XDR) typhoid is a stark reminder of the increasing challenge of antimicrobial resistance on our doorstep, say experts who are calling for improvements in travel health planning.

Professor Allen Cheng, President-Elect of the Australasian Society for Infectious Diseases, said hospitals were seeing a rising tide of very resistant bacteria both in people who have had medical care overseas and in returned travellers.

“There is always resistance out there, but when it starts to get into either very common bugs – like Escherichia coli – or very dangerous bugs – like Salmonella typhi – it can become increasingly difficult to manage and a dangerous situation,” Professor Cheng told InSight+.

In this week’s MJA, physicians reported the case of XDR typhoid in a 20-month-old Australian-born child who had recently spent 3 months in Karachi, Pakistan, where XDR typhoid is endemic. The child had developed diarrhoea 6 weeks before returning to Australia and had been treated in Pakistan with oral antibiotics.

The child presented to a Sydney hospital after 10 days of high fevers, irritability, vomiting and reduced oral intake. Blood and stool cultures grew Salmonella enterica serovar Typhi, with microbiological features typical for the XDR clade. The child responded to intravenous meropenem and oral azithromycin and was discharged a week after admission.

According to the World Health Organization’s latest report on the outbreak of XDR typhoid in the Sindh province in Pakistan, there were 15 023 cases of typhoid fever reported between November 2016 and August 2019. Of these cases, 10 365 cases were found to be XDR typhoid, and most cases were reported in children.

MJA co-author Dr Philip Britton, a paediatric infectious diseases physician at The Children’s Hospital at Westmead, told InSight+ the number of typhoid cases seen at the hospital had been increasing over the past 15 years.

“We see between 10 and 20 children with typhoid or variants of typhoid fever at our hospital every year now,” Dr Britton told InSight+. “Almost all of the typhoid we see occurs in children who have travelled to the subcontinent and is resistant to several antibiotics, particularly fluoroquinolones, which is a known phenomenon in that part of the world, but we have not seen a case before with such extensive drug resistance.”

DrBritton said a confluence of factors was contributing to an increased risk of resistant infections presenting in Australian hospitals.

He said more people were travelling, including many people who were visiting friends and relatives in Southern Asian and East Asian regions where the risk of infectious diseases was high.

“One of the lessons from this case is that among children [who present with fever] who have travelled to areas affected by this epidemic of this extensively drug-resistant organism  – in southern Pakistan and western India – we have to have a lower threshold for broadening the antibiotic cover early in their treatment course,” he said.

Dr Britton said it was also important for GPs to consider enteric fever in children who have developed fever that lasts for more than a few days within 6 weeks of returning from travel.

“We want to see children identified within the first week of that fever, so they can be appropriately tested and referred. We know the illness is most likely to get better with antibiotics the earlier it is diagnosed, and the risk of complications rises as the illness progresses,” he said. “But we are seeing children who are into their second week before they present to hospital. Fortunately, we haven’t seen complications, but this is a disease that does have a mortality in places where it’s endemic.”

“Prevention of enteric fever really needs a boost in this country, both among GPs and in the public health community,” Dr Britton said. “Travel vaccines are often seen as discretionary risk management for individuals who are travelling, it’s not really considered a public health issue.”

He said people who were visiting friends or relatives in regions where XDR typhoid was endemic were particularly at risk.

“That group of travellers tends to not perceive the risk and may engage in behaviours that are more likely to acquire infection than tourists,” he said.

“People who are from other countries may travel back to visit friends and family on a short holiday and often don’t seek out travel vaccination advice because they think ‘I am from this country, I know what to do’,” Professor Cheng said, noting that there could be some loss of immunity to infections like malaria once a person moved away from an endemic region.

“This group is difficult to reach for many reasons. First, they are healthy, so don’t go to see their GP; they don’t feel that they are at risk; and they may not speak English. But GPs have relationships with these patients, so [inquiring about upcoming travel] is a good question to ask.”

Dr Britton acknowledged that the child in this recent case was too young to have been vaccinated (typhoid vaccinations are only licenced in Australia for use in children aged 2 years and older). He noted, however, that there may be a case for the off-label use of typhoid vaccine in children as young as 18 months old who were at particular risk.

“In the Australian Immunisation Handbook, typhoid vaccine is recommended from 2 years of age, but there is still a significant number of [older] children who are not receiving it,” he said. “And among travellers [visiting family and relatives], who are the highest risk group, there is certainly clinical use of this vaccine down to 18 months of age in some jurisdictions in Australia and overseas.”

“As a medical community, we can try to raise awareness of the importance of people seeing their GP and talking about travel in advance. It’s advisable that people talk with their GP a good couple of months before travelling to allow for the planning of vaccinations,” he said.

For children who were too young to be vaccinated, Dr McMullan said there were many other preventive measures that could be recommended.

“Washing hands thoroughly with soap and water before and after eating, and after going to the toilet; avoiding uncooked foods and fruit and vegetables that the person doesn’t peel themselves; drinking boiled water or reliable bottled water; avoiding eating from street stalls; and ensuring food is cooked thoroughly – these are all really important measures that can help to prevent or reduce the risk of typhoid and other gastrointestinal illnesses while overseas,” Dr McMullan said.

“Avoiding typhoid is really important, but it’s not the most common source of gastroenteritis overseas; there are lots of non-vaccine-preventable diseases, so following these measures will help to reduce the risk of a range of infections.”

3 thoughts on “First case of XDR typhoid: a red flag for GPs”