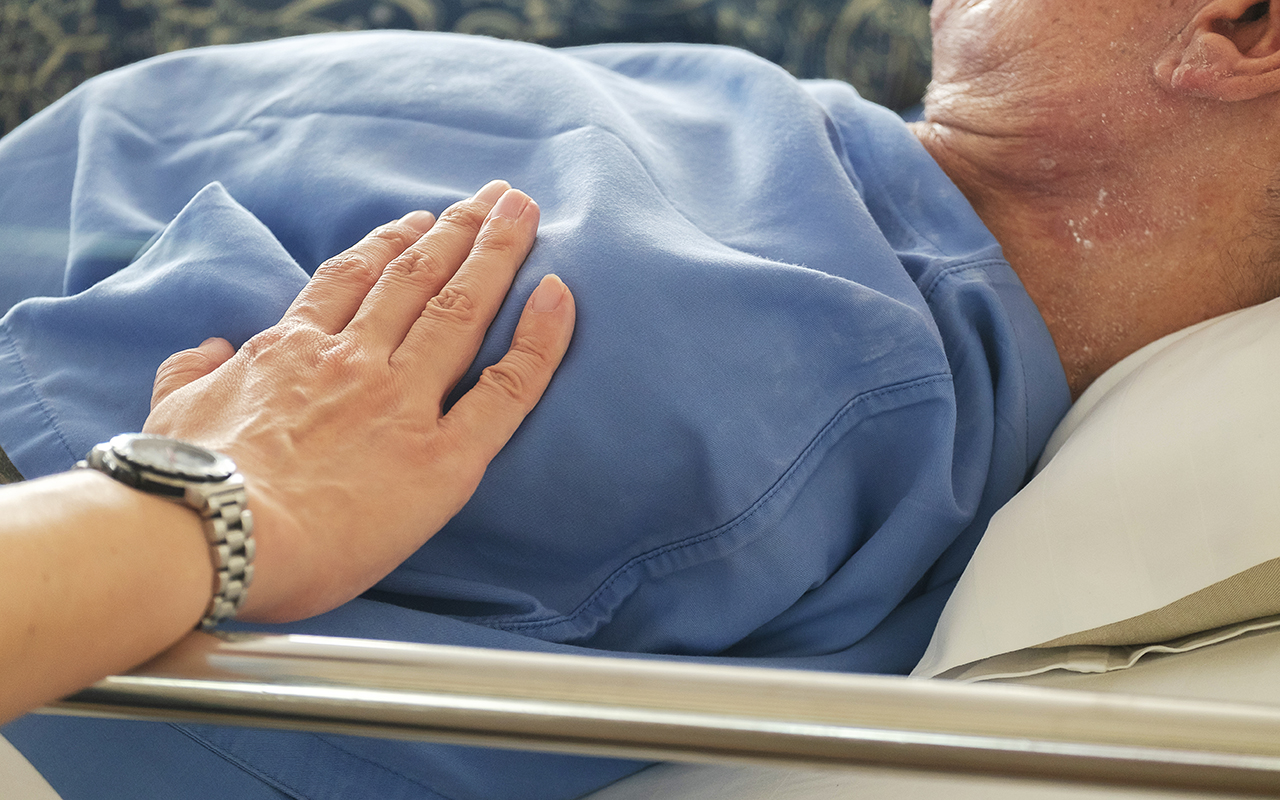 VAD: As WA takes a step, what can we learn from the Netherlands?

AS Australia takes its first steps in regulating voluntary assisted dying (VAD), experts say there are many lessons to be learnt from the Netherlands’ 25-plus years’ experience in VAD.

In August 2019, 61-year-old Kerry Robertson, who had been living with breast cancer since 2010, was the first person to end their life under Victoria’s VAD laws, while on 3 September the Western Australian Lower House passed that state’s Voluntary Assisted Dying Bill. The Bill is now headed for the state’s Upper House.

In a Perspective published online by the MJA, Professor Bregie Onwuteaka-Philipsen of the Amsterdam Public Health Research Institute and Professors Lindy Willmott and Ben White of the Australian Centre for Health Law Research, outlined ways in which the Dutch experience could inform Australian approaches to VAD. They focused on three key areas: pre-authorisation (ie, the coordinating doctor must review all documentation and apply for a permit from the Secretary of the Department of Health and Human Services), the choice between medication self-administration and practitioner administration by a doctor, and the importance of transparency and evaluation studies.

The MJA authors wrote that Victoria’s pre-authorisation processes were time-consuming, and they questioned the effectiveness of the Secretary of the Department of Health and Human Services issuing a permit for VAD.

“The pre-authorisation requirement may adversely affect patients, especially more severely ill ones, from receiving an assisted death,” they wrote.

In the Netherlands, a consultation with a second doctor is required, and a national program provided trained and experienced independent doctors as consultants.

The WA Bill, while similar to Victorian legislation in many ways, does not require such a permit. Instead, two doctors are required to review requests for VAD.

Australian Medical Association (AMA) (WA) President Dr Andrew Miller said the AMA was concerned that there was no requirement in the Bill for these doctors to be independent from each other.

“It could be one [doctor] working for another or two working in the same practice – that’s not a problem under the WA Bill, and in WA they won’t need to get a permit, as they do in Victoria,” Dr Miller said.

The AMA (WA) recently surveyed 1150 members and non-members on key elements of the state’s VAD Bill, and 77% of respondents said there should be a permit approval process before access to VAD.

“We were hoping for a permit system, but if they are not going to do that, there is definitely a requirement for an independent specialist in the disease to look at the diagnosis and prognosis and all the criteria around the patient not being coerced,” he said.

“One of the reasons the AMA is being a bit of a stick in the mud [on this issue] is that the people who implement [VAD] are likely to be trying to push the boundaries of it. Already we have doctors in the community who say ‘if you want to charge me with murder, then charge me with murder, I am going to do the right thing by my patients’. These are the people who are used to pushing the limits, so that’s why we think an independent specialist in the disease is a good idea.”

Dr Will Cairns, a Queensland palliative care specialist, said it was important that pre-authorisation requirements were not an obstacle to people accessing legal processes.

“Creating artificial barriers when something is legal is a real risk,” he said. “Being overzealous in trying to protect people from harm can actually cause them harm.”

Dr Cairns said clinicians often overestimated patients’ prognoses, and it was important to be able to respond quickly to a VAD request when a patient’s health suddenly deteriorated.

“We assume that people are going to continue along the same slope that they have been going down, but when people are dying, things can change very quickly,” he said. “People may suddenly develop unanticipated problems such as stroke or a pathological fracture, so the law must be able to deal with an evolving illness, and I think that is a challenge.”

The authors wrote that, in Victoria, a doctor was not permitted to assist a patient to die in the event that self-administration was unsuccessful; for example, when a patient vomits. In the Netherlands, however, a patient can choose assisted suicide (self-administration) or euthanasia (practitioner-assisted), with most patients choosing euthanasia.

Dr Cairns said vomiting was a distressing symptom for patients that, in a palliative care setting, was not always easy controlled.

“A person with occasional nausea and vomiting or a bowel obstruction may be able to take medication orally but not keep it down, or absorb it. Many dying people, after careful consideration, choose not to accept tube feeding as a means of artificially prolonging their life and so lack access for self-administration. This means that modes of delivery and participation of doctors are important issues,” Dr Cairns said.

He said it was important that the laws did not unintentionally discriminate against some patients on the basis of the chance nature of their disease and its particular consequences for them.

Self-administration is also the default option under the WA Bill, but if a doctor advises that this would be inappropriate, patients can choose practitioner administration.

Dr Miller said the issue of who administers VAD medications was complex and required scrutiny.

“With people taking this poison home, there is the potential for it to be stolen or misused,” he said. “There is no drug in the community that doesn’t get stolen or misused, so why they would it be any different for this?”

Dr Miller said there was an argument for having a practitioner involved in the medication administration process.

“Then you have someone there to ensure that the death is truly voluntary,” he said. “When a medication is given to a patient to take home, they may take it many months later and, at that stage, it’s not possible to know if they still wanted to die.”

Dr Miller said there was much work to be done for the WA Bill to be practical, and the AMA would be pushing for several major amendments, including providing VAD only to patients with diseases that are reasonably regarded as incurable, as is the case in Victoria (supported by 81% of survey respondents), and offering all patients accessible palliative care prior to or at the same time as VAD (supported by 91% of respondents).

Associate Professor Leeroy William, President-Elect of the Australian and New Zealand Society of Palliative Medicine, said provision of holistic care overall, as well as access to palliative care were crucial missing steps before any consideration of VAD in health care.

“Most of the time, when people are requesting [VAD], it’s actually about psychosocial and existential suffering. It’s very rarely about physical suffering. Most of the patients who raise the issue with me say it’s about being a burden, it’s about their family seeing them the way they are now, differently from how they used to be.”

Associate Professor William said undergraduate medical courses around the world included an average of one week’s teaching on palliative care.

“Every doctor will care for a person who dies, and every doctor should be equipped to support that person and their family. With an ageing population, have we really prepared future doctors for the demands ahead? Far more time is devoted to obstetrics in the medical curriculum, but for the majority of doctors, their care will be integral to the memory of someone’s death more often than the delivery of new life into the world.”

The MJA authors also noted the importance of transparency and evaluation in VAD legislation.

“A key learning from the Dutch experience is that rigorous evaluation of VAD is critical to promote transparency in decision making in the system and to drive practice improvements.”

“Where VAD is being legalised we have to work out how it can work fairly and most appropriately for the individual patients, and for clinicians,” he said. He said without ongoing evaluation and research, unintended consequences may not be detected, making improvements less likely.

“We should learn from the experiences of others and also review the outcomes of our own laws. Ongoing research may result in changes to the law that both tighten or loosen the rules around VAD.”

I am a conscientious objector to voluntary assisted dying

11 thoughts on “VAD: As WA takes a step, what can we learn from the Netherlands?”