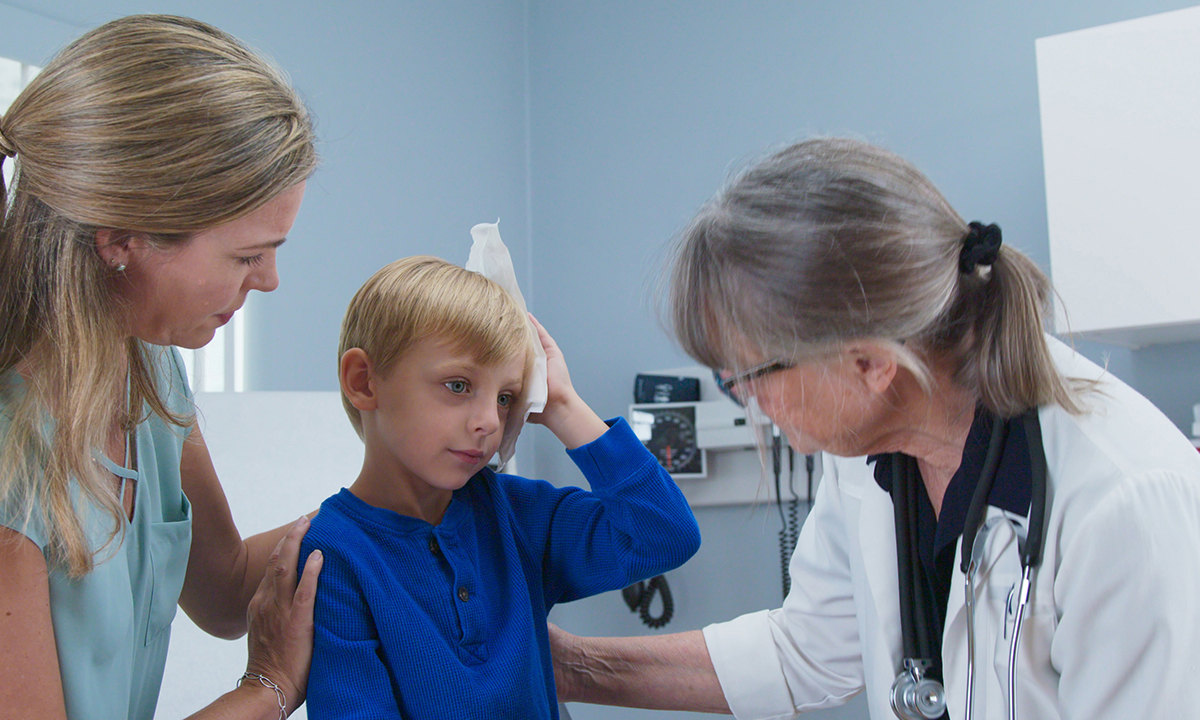 YOUNG people who play sport are exposed to a range of neurological, emotional and developmental benefits but are also at risk of concussion, a condition that may affect the risk of developing a mood disorder, according to the authors of a Perspective published online by the MJA.

“A longitudinal understanding of the neurobiological mechanisms associated with concussion recovery in adolescents is urgently needed, as the same structures in the frontal cortices and hippocampus that are known to undergo rapid development throughout adolescence are also implicated following concussion and in young people experiencing depression and suicidal behaviours,” wrote the authors, led by Dr Amanda Clacy, a Postdoctoral Research Fellow in suicide prevention at the University of the Sunshine Coast.

“Given the overlap in the regions of the brain … significantly associated with depression and concussion and those most sensitive during development … two main concerns are raised. First, whether these developmental neurophysiological changes render adolescents more susceptible to emotional disturbances following concussion; and second, what can be done to make these mechanisms more resilient to adverse and ongoing consequences of concussion.”

The authors wrote that current concussion management protocols “do not have a strong evidence base in terms of neural recovery or appropriateness for the developmental uniqueness of adolescents”, and that the “neurobiological concussion recovery profile has not been considered with regard to the onset of mood disorders such as depression and suicidality”.

Brain waves detected in miniature brains grown in a dish

US scientists say they have created miniature brains from stem cells that developed functional neural networks. Despite being a million times smaller than human brains, these laboratory-grown brains may be the first observed to produce brain waves that resemble those of preterm babies. The study, published in Cell Stem Cell, could help scientists better understand human brain development. The pea-sized brains, called cerebral organoids, are derived from human pluripotent stem cells. By putting them in culture that mimics the environment of brain development, the stem cells differentiate into different types of brain cells and self-organise into a 3D structure resembling the developing human brain. Scientists have successfully grown organoids with cellular structures similar to those of human brains. However, none of the previous models developed human-like functional neural networks. Networks appear when neurons are mature and become interconnected, and they are essential for most brain activities. The researchers from the University of California, San Diego, designed a better procedure to grow stem cells, including optimising the culture medium formula. These adjustments allowed their organoids to become more mature than previous models. The team grew hundreds of organoids for 10 months and used multi-electrode arrays to monitor their neural activities. The team began to detect bursts of brain waves from organoids at about 2 months. The signals were sparse and had the same frequency, a pattern seen in very immature human brains. As the organoids continued to grow, they produced brain waves at different frequencies, and the signals appeared more regularly. This suggests the organoids have further developed their neural networks. To compare the brain wave patterns of organoids with those of human brains early in development, the team trained a machine learning algorithm with brain waves recorded from 39 premature babies between 6 and 9.5 months old. The algorithm was able to predict how many weeks the organoids have developed in culture, which suggests these organoids and the human brain share a similar growth trajectory.

New analyses of worldwide epidemiological evidence demonstrate a link between different forms of menopausal hormone therapy (MHT) and breast cancer incidence, and find that some risk persists for more than a decade after use stops. An international collaboration, published in The Lancet, used data from more than 100 000 women with breast cancer from 58 epidemiological studies worldwide. The findings suggest that all types of MHT, except topical vaginal oestrogens, are associated with increased risks of breast cancer, and that the risks are greater for users of oestrogen-progestagen hormone therapy than for oestrogen-only hormone therapy. For oestrogen-progestagen therapy, the risks were greater if the progestagen was included daily rather than intermittently (eg, for 10–14 days per month). Based on the study data, the researchers estimated that for women of average weight in Western countries, 5 years of menopausal hormone therapy (MHT), starting at age 50 years, would increase breast cancer incidence from age 50 to 69 years by about one additional case in every 50 users of oestrogen plus daily progestogen MHT, one in every 70 users of oestrogen plus intermittent progestogen MHT, and one in every 200 users of oestrogen-only MHT. Increases in breast cancer risk would be about twice as great for women who use MHT for 10 years rather than 5 years. After ceasing MHT, some excess risk persists for more than 10 years – the size of this risk depended on the duration of previous use. If a woman had used MHT for less than a year, however, there was little excess risk thereafter. Currently, there are about 12 million users of MHT in Western countries. Although some are short term users, about 5 years of use is now common, whereas about 10 years of use used to be common.

Perspective: Concussion risk and suicide prevention: balancing the risks and benefits of youth sport
Clacy et al; doi: 10.5694/mja2.50319
Young people who play sport are exposed to a range of neurological, emotional and developmental benefits but are also at risk of injuries that can threaten these … FREE ACCESS for 1 week

One thought on “Adolescent concussion: sport’s risks and benefits”