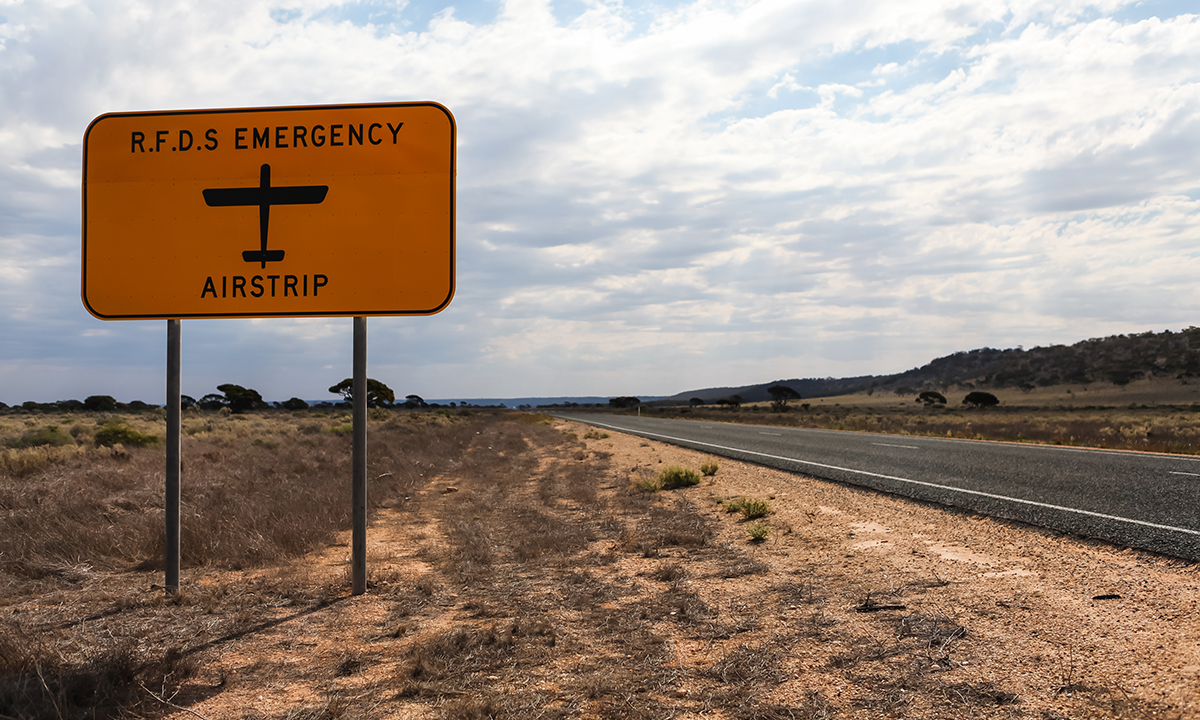 “Ambulances at the bottom of the cliff”: rural mental health care

INCREASING aeromedical evacuations for acute mental health episodes from rural and remote Australia is akin to “only providing cardiac services to those actually in cardiac arrest,” says an expert, after researchers reported a tripling of such cases over a 3-year period.

In research published in the MJA, researchers wrote that the number of patients transported by the Royal Flying Doctor Service of Australia (RFDS) for mental and behavioural disorders increased from 309 (2.7% of all evacuations) in 2014 to 1038 (3.2%) in 2017.

Professor Andrew Chanen, Head of Personality Disorder Research at Orygen, the National Centre of Excellence in Youth Mental Health, said while the reported increase was from a low base, the findings highlighted a significant problem in rural and remote Australia.

“In metropolitan areas, we talk about the system being broken, but this just puts into sharp relief that there is not even a system to break in rural and remote areas,” Professor Chanen told InSight+. “It would be the equivalent of only providing cardiac services to those actually in cardiac arrest. It really is a ‘putting ambulances at the bottom of the cliff’ kind of system.”

Most retrievals for mental health or behavioural disorders were among men (62%) and people aged under 40 years (60%). More than one-third of retrievals were for Indigenous Australians (35%) and a peak in retrievals occurred in the 20–24 year age range.

The authors noted that most retrievals were from areas with low levels of mental health support.

In an exclusive InSight+ podcast, lead author Dr Fergus Gardiner, Director of Research and Policy at the RFDS, said the drought was placing increased stress on farming and mining communities, and increases in acute cases also reflected lower access to preventive services in these regions.

“The rates [of mental health cases] are probably similar to metropolitan areas, but metropolitan areas have greater access to psychiatrists and psychologists so … coupled with fewer health services and really waiting until the acute end, means that the people with the highest need in rural and remote areas have the lowest clinical provision,” he said.

Among the 98 retrievals of people aged 0–14 years, an ICD diagnosis of bipolar affective disorder was made in 74% of cases. But research co-author Associate Professor Mathew Coleman said this was likely to be an anomaly in the findings, perhaps reflecting the desperation of families and clinicians in these remote regions to access specialist care.

“It does make me wonder about the lack of [diagnostic] expertise – that’s not a criticism, it’s more an observation – and the desperation of the family, friends, service providers and referring agents in trying to access support for children with disturbed behaviour,” he said. “I don’t think it’s a true reflection of the prevalence of bipolar disorder in children in rural and remote communities.”

Associate Professor Coleman, who is Associate Professor in Rural and Remote Mental Health Practice for the Rural Clinical School of WA (University of WA) and a spokesperson for the Section of Rural Psychiatry of the Royal Australian and New Zealand College of Psychiatrists, said a key feature in the research was the peak in retrievals seen in those aged 20–24 years.

“Australia has been a leader in the area of youth mental health and in the understanding that many chronic and recurring mental disorders emerge in that age range. The fact that this is the highest group that the RFDS is retrieving speaks to another area that requires further attention,” he said.

“It’s a very vulnerable time and yet there is a real under-resourcing of youth-specific services. At a point in time when a person’s mental illness may be emerging, we are evacuating them out of their community when they need [community support] the most – the protective factors and social network – providing treatment on average 400 km away is a problem. These sort of circumstances that are tolerated in the bush would evoke outrage in the city.”

Orygen’s Professor Chanen said workforce strategies have been ineffective in the past, and the immediacy of the problem required novel and creative approaches.

“We need to be creative about the use of not just telehealth, but online interventions that will provide access to diagnostic as well as treatment services that might reduce the need for aeromedical evacuation,” he said.

“These interventions are not just mimicking what happens in the consulting room,” he said, pointing to Moderated Online Social Therapy for Youth Mental Health as one example.

“They are novel approaches that have online communities to offer peer support, as well as modules that can be completed online,” he said. “It is all moderated by clinical experts who are able to intervene if there is risk detected. So, it’s an integration of clinician and online interventions and they are the kind of novel approaches that I think we need in order to be able to service geographically isolated areas.”

Associate Professor Coleman said digital and telehealth strategies alone were unlikely to be a panacea for the increasing number of late presenting people with mental health in rural and remote areas.

“The same old solutions have been suggested over the past decade. What about more telehealth? What about more digital-based platforms? And they should be supplementing local services, but we really need to go back to the drawing board,” he said.

“We need to reconsider how we boost localised services. This will be at a higher cost than what can be done in metropolitan areas because of distance and isolation, but that’s what rural and remote communities need. [These] communities require face-to-face services as much as metropolitan patients, if not even more because their acuity is higher.”

Some key gaps could be filled with rural generalists, said Dr Sarah Chalmers, a spokesperson for the Australian College of Rural and Remote Medicine.

While she said some communities may not have a need for a full-time psychiatrist, a rural generalist with advanced skills training in mental health could help to provide comprehensive care in remote communities.

“Rural generalists are well placed to be a significant part of the answer to the problem, but there are many other types of resources required to support these practitioners,” she said, adding that this would include more resourcing to provide inpatient care, as well as ongoing support from urban-based psychiatrists.

4 thoughts on ““Ambulances at the bottom of the cliff”: rural mental health care”