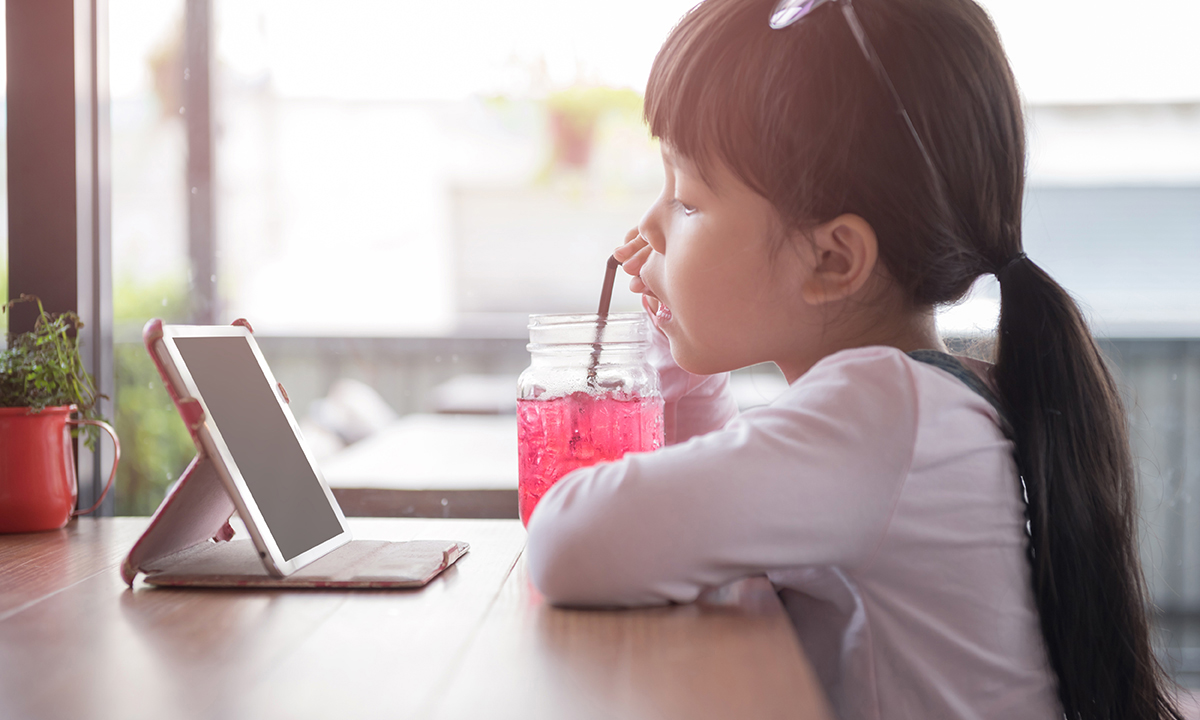 Screen time in under 2s “breathtaking”

ABOUT 65% of 1-year-olds are regularly using screen-based technologies despite recommendations of no screen time before the age of 2 years, say researchers who have found that some infants were being exposed to screens as young as 1–2 months of age.

Australian Department of Health guidelines recommend that children under 2 years of age have no screen time, 2–5-year-old children have a limit of one hour per day, while a limit of 2 hours of recreational screen time is recommended for children aged 5–17 years. Local guidelines echo those of the Canadian government and guidelines introduced by the World Health Organization earlier this year.

“You see a rapid increase starting from when they are only 1–2 months old, and that really took our breath away and made us triple-check our figures,” Associate Professor Tooth said, adding that there was also likely to be under-reporting of screen time.

She noted, however, that it was encouraging to see that adherence to guidelines on weekdays was more likely as children reached pre-school and school age, though on weekends screen time in all age groups exceeded the guidelines and continued to rise with age.

The researchers found that mean daily screen time was consistently longer on weekends and steadily increased with age. On weekdays, however, mean screen time plateaued at about 3 years of age (at a mean of 94 minutes), and from age 5 to 12 years it was below guideline levels (mean of 74–115 minutes), probably because of school attendance.

Screen time was defined in the research as time spent watching or using any screen-based equipment, including televisions, computers, tablets, mobile phones and electronic games. Screen time was reported as school- or non-school-related, and was divided into weekday and weekend use.

He said these guidelines had mostly been informed by research into older, more passive screen technologies such as television, computer games and videos.

“The evidence on these types of screen use is very clear,” he said. “The more time you spend watching television, videos, playing on a computer, the worse off your health and developmental outcomes, including aspects of cognitive development, social and emotional development, language development and weight status.”

There was now some debate as to whether the guidelines applied to newer, less passive forms of screen exposure, but Professor Okely said there was insufficient evidence to change the guidelines in response to the emergence of newer technologies.

“These technologies might be different, but a lot of the activities that children do on these devices are still quite passive, such as watching YouTube,” he said.

And in younger children, he said, the evidence remained very clear.

“There is no benefit for engaging with screens for any length of time in children aged under 2 years,” Professor Okely said. “Although some parents may think that exposing young children to educational programs – such as learning about letters or colours – is beneficial, there is no evidence of benefit in terms of language or cognitive development, and certainly, it’s no replacement for the parent doing that [educating] themselves.”

Associate Professor Tooth pointed to two recent studies that had highlighted the risks of screen time in children.

A longitudinal analysis in JAMA Paediatrics showed a link between excessive screen time when aged 2 years with poorer performance at developmental screening at 3 years, with a similar association shown between the age of 3 and 5 years. In a BMJ Open systematic review strong associations were shown between excessive screen time in older children with overweight and obesity and poorer nutrition.

“If children are spending time sedentary, staring at a screen, then they are missing out on the play and exploratory behaviour that they need in early development, as well as the personal interaction with their caregivers in terms of their social, emotional and communication development,” Associate Professor Tooth said.

She said she hoped the findings would raise awareness of these recommendations among health professionals and parents.

Professor Okely agreed that it was never too early to begin conversations with parents about screen time.

“There is a role here for GPs and health professionals to have these conversations about screen time very early on with parents,” he said. “If you have a pregnant mother there or if she comes in with an infant, then talking to them to them about healthy screen time habits and family media use is really important.”

Professor Okely said parents of older children could also be reminded to remove screen-based devices from bedrooms – where they might be used excessively, or when children are supposed to be sleeping – and to switch off children’s devices an hour before bedtime.

“It is also recommended to co-view content with your children and use this as a springboard for conversations to support the development of their understanding of the world around them,” he said.

Associate Professor Tooth said parents could also be encouraged to reflect on their own use of technology in front of their children.

“By always having a phone in our hand or close by, we are modelling this behaviour,” she said. “If [parents] want [their] children to cut down on screen time, [they] may need to look at [their] own behaviour.”

The guidelines are right: under 2s shouldn't be spending any time in front of screens

3 thoughts on “Screen time in under 2s “breathtaking””