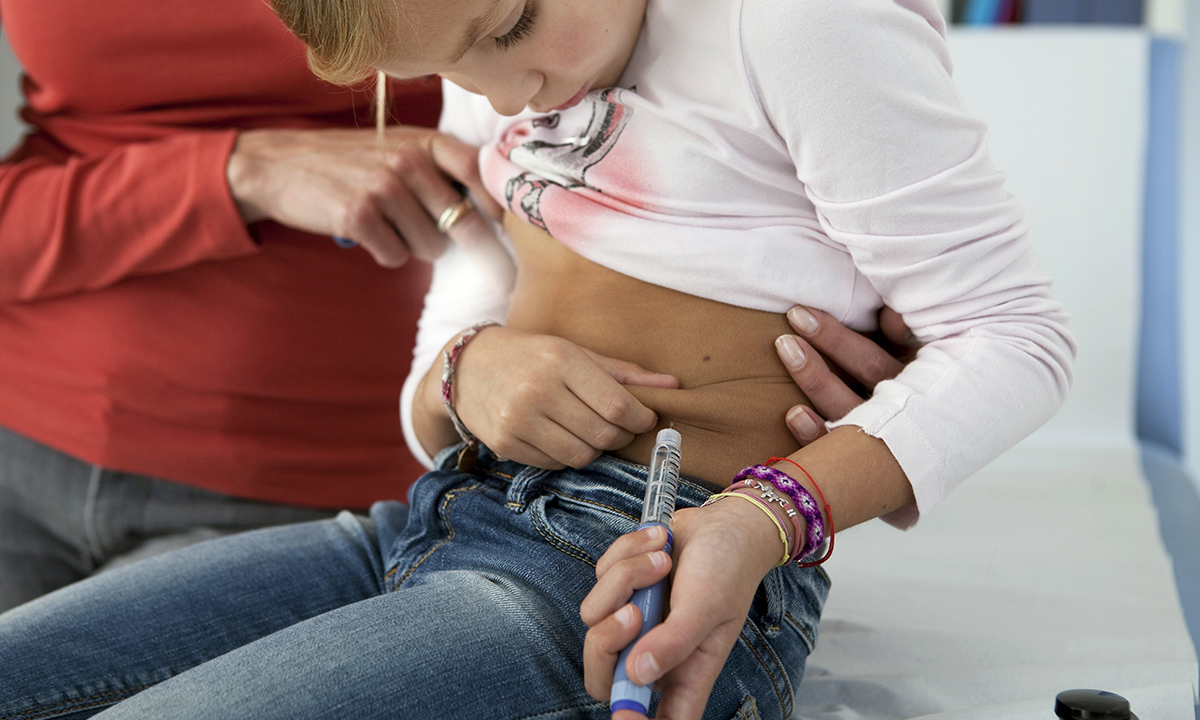 GENERAL population screening of children for islet autoantibodies could be crucial in preventing end-stage type 1 diabetes, and possibly eliminating diabetic ketoacidosis (DKA), but a major “paradigm shift” was needed by both physicians and governments, say Australian experts.

Maria Craig, Professor of Paediatric Endocrinology at the Children’s Hospital at Westmead, in Sydney, said studies such as the FR1DA study in Bavaria and the ASK research program in Denver in the United States were showing that population screening for early signs of type 1 diabetes in children could be both accurate and cost-effective.

“There’s emerging recognition that if you screen for [type 1 diabetes] and you prevent the significant morbidity of a late diagnosis, then it’s cost-effective, but it’s also better for the individual patient because there’s not the stress of being unwell; in some people, it’s months and months of symptoms [before diagnosis].”

Professor Craig was responding to a Perspective published in the MJA calling for the redefinition of type 1 diabetes from a metabolic to an autoimmune disorder to facilitate early diagnosis and intervention before the classic presentation of symptomatic end-stage disease.

The authors, Dr Jennifer Couper from the University of Adelaide, Head of Diabetes and Endocrinology at the Women’s and Children’s Hospital, and Professor Leonard Harrison, from the Walter and Eliza Hall Institute of Medical Research, wrote that the clinical diagnosis of type 1 diabetes was “the end stage of subclinical pathology over months to years”.

“This process begins early in life and is revealed by circulating autoantibodies to islet antigens, which denote pancreatic β-cell or islet autoimmunity … most children who develop type 1 diabetes have detectable autoantibodies before the age of 5 years to at least two islet antigens: insulin, glutamic acid decarboxylase 65, insulinoma antigen 2 and/or zinc transporter 8,” they wrote.

“Children with two or more islet autoantibodies who are normoglycaemic and asymptomatic are defined as having stage 1 type 1 diabetes, encompassing the months to years of subclinical disease. Stage 2 is the intermediate stage that may last many months, when blood glucose rises transiently without symptoms, especially after food. Stage 3 is the classic presentation of type 1 diabetes with symptomatic fasting hyperglycaemia requiring insulin therapy.”

Couper and Harrison wrote that treatment to counter autoimmunity and preserve residual β-cell function once the disease was symptomatic was “akin to treating arthritis after it has destroyed the joints”.

Professor Craig told InSight+ that there needed to be “a major shift in the way we think about type 1 diabetes”.

“There are plenty of other autoimmune diseases where we use monoclonal antibodies. In rheumatoid arthritis, they use drugs down to the age of 2 years, and the aim is to, once they get the joint inflammation, give them a drug to stop the joint being destroyed,” she said.

“But in diabetes, we don’t do that. We see we’ve got β-cell inflammation and we just sit and watch them. We don’t do anything, and then they get diabetes eventually.”

Shifting the definition of type 1 diabetes as an autoimmune β-cell disorder (ABCD) that begins with asymptomatic islet autoimmunity (stage 1) and not as a metabolic disorder resulting from end-stage pathology (stage 3) had several potential benefits, Couper and Harrison wrote.

“It may minimise the risk of [DKA], decrease psychological stress in affected families, and lead to earlier initiation of treatment trials with a higher likelihood of preserving insulin production and preventing clinical disease.” Up to 30% of Australian children with newly diagnosed diabetes present with DKA.

Couper and Harrison cautioned that general population screening was “still in the research domain”.

The Juvenile Diabetes Research Foundation is planning a pilot screening program to successfully identify and monitor individuals at risk of type 1 diabetes in the general population, and a Principal Research Fellow had been recruited.

Professor Craig said she believed population screening was a viable proposition, and the concept of the pilot program was “very exciting”.

“Australia has traditionally been in the top 10 groups for incidence of type 1 diabetes. We’re one of the countries where it’s common. So to be able to change that landscape and prevent ketoacidosis, that would be a great thing.”

For GPs the shift in the definition of the disease, along with population screening, would mean they would be able to assist their patients to prepare for the onset of symptoms and perhaps even prevent them.

“I think it’s always going to be difficult for a disease like this to be managed by GPs, particularly in the prevention space,” Professor Craig said.

“If we do have a population screening program, there is the benefit that GPs will be aware of their young patients’ risk of type 1 diabetes, and they can then help the family manage that risk. The GP is going to be more aware when the patient arrives with symptoms.

“There would be the capacity to intervene,” she said.

“The problem with the diabetes space, the type 1 diabetes space, is there’s been this amazing resistance to use interventions that might have side effects, because we have a treatment for type one, which is insulin.

“There are all sorts of reasons why actually preventing type 1 diabetes is a good idea.”