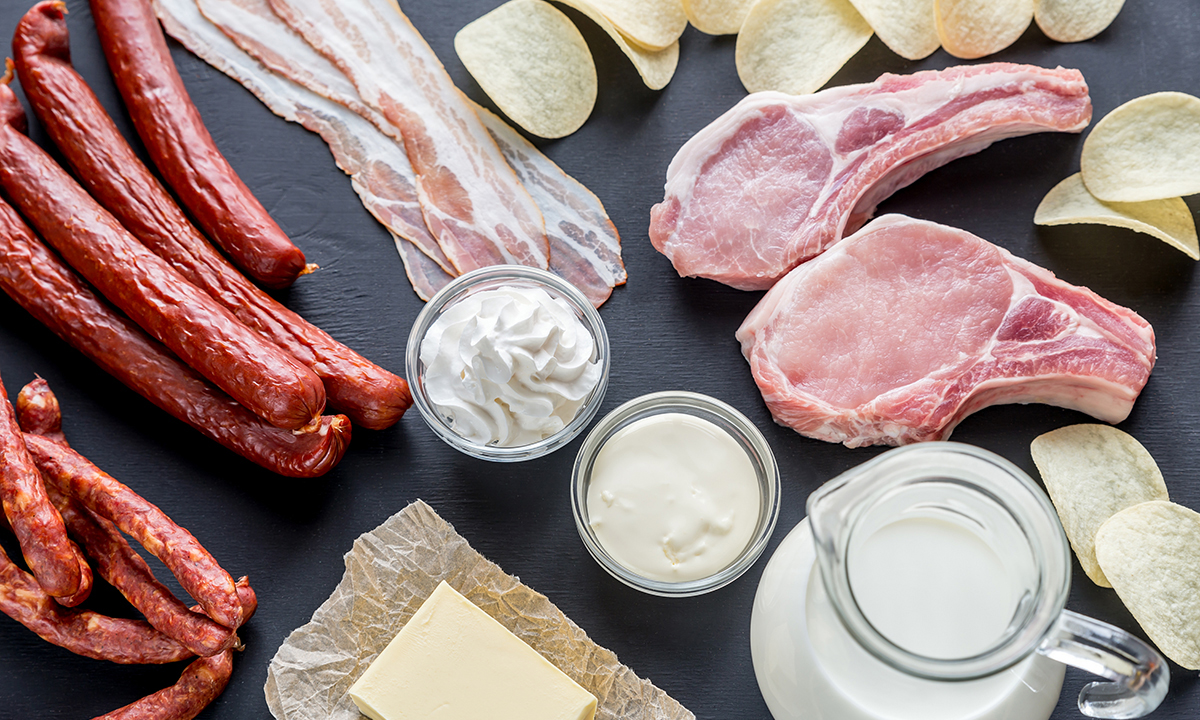 Advice to reduce intake of total saturated fat and replace it with unsaturated fat to curb levels of chronic disease and prevent deaths, set out in draft World Health Organization guidance, has been called in to question in The BMJ. Researchers from Australia’s University of Newcastle and the University of Copenhagen in Denmark say the WHO recommendations “fail to take into account considerable evidence that the health effects of saturated fat varies depending on the specific fatty acid and on the specific food source”. And they warn that these recommendations might cause a reduction in the intake of nutrient dense foods that are important for preventing disease and improving health. The WHO draft guidelines were published for consultation in May 2018. They recommend reducing intake of saturated fatty acids (found in foods such as hard cheese, whole milk and butter) and replacing it with polyunsaturated and monounsaturated fatty acids (found in oily fish, vegetable oils, nuts and seeds) to reduce rates of chronic disease and related deaths. But while consensus exists on the health benefits of eliminating industrially produced trans fatty acids, the evidence linking saturated fat to cardiovascular disease and death is less clear, they say. They point out that the draft guidance relies heavily on a meta-analysis of 84 randomised controlled trials that tested the effect of altering saturated fat intake on blood cholesterol levels. But this approach, which focuses on total saturated fatty acids, ignores food sources, and uses indirect (“surrogate”) measures, is problematic for several reasons, they say. For example, not all saturated fatty acids are equal and cannot be viewed as one homogeneous group with regard to effects of diet on disease risk. What’s more, the food matrix (compounds such as fibre and minerals in whole foods) in which the fatty acids exist might be more important for the effect on cardiovascular disease risk than the saturated fat content, they add. And they point to other studies that show why a broader view of biomarkers of cardiovascular disease is needed to inform guidelines.

In students’ first year of university, poor diet is linked to unhealthy weight gain, with males affected more than females, according to Canadian research published in PLOS ONE. The researchers also suggest that sex-specific strategies and interventions could improve dietary habits during the move to university. A critical time for weight gain is late adolescence, when young people are settling into life routines and adopting lifestyle habits that can sustain into adulthood. Diet quality has been shown to decrease in the first year of university, which is associated with adverse health consequences. Food frequency questionnaires along with height, weight, waist and hip circumference and body composition were collected at the beginning and end of the first year of university from 229 female and 72 male first year Canadian university students. The researchers found that diet quality decreased over the year and alcohol intake increased, especially in males. Males, in particular, had significantly increased their consumption of doughnuts, fried chicken, beer and liquor, alongside a decrease in healthy food options such as vegetables. Both male and female students gained a significant amount of body weight and body mass index (BMI), with males gaining more than females. Mean weight increase was 3.8 kg for males and 1.8 kg for females, with BMI increasing by mean 1.2 kg/m2 for males and 0.7 kg/m2 for females, and waist circumference increasing by mean 2.7 cm in males and 1.1 cm in females. Two limitations of the study are the use of self-reporting questionnaires (which may not accurately reflect what students actually ate) and a possible sampling bias with a self-selecting sample (since students chose to participate). The researchers believe future work should focus on mitigating negative dietary changes through nutrition education and the development of sex-specific interventions to improve dietary habits during the transition to university life.

A statistical re-analysis of historical data on 301 astronauts and 117 cosmonauts suggests that historical doses of space radiation are not associated with an increased risk of death from cancer or cardiovascular disease, according to research published in Scientific Reports. Astronauts and cosmonauts are exposed to unique forms of ionising radiation that may carry potentially serious health risks. However, previous analyses have not produced conclusive evidence of a possible relationship between ionising radiation and risk of death from cardiovascular disease and cancer. The researchers used statistical methods to re-analyse publicly available data on all NASA astronauts selected since 1959 and all Soviet or Russian cosmonauts selected since 1961 who had been to space at least once before the end of the follow-up period; July 2018 for astronauts and December 2017 for cosmonauts, respectively. The findings suggested that any cases of cardiovascular disease and cancer that occurred in the study population do not share a common underlying cause, and that the doses of space radiation these astronauts and cosmonauts were exposed to are not associated with a higher risk of death from either condition. The authors cautioned that future missions of deep space exploration will likely expose astronauts and cosmonauts to significantly higher doses of space radiation than historical ones, which may lead to different risk profiles.