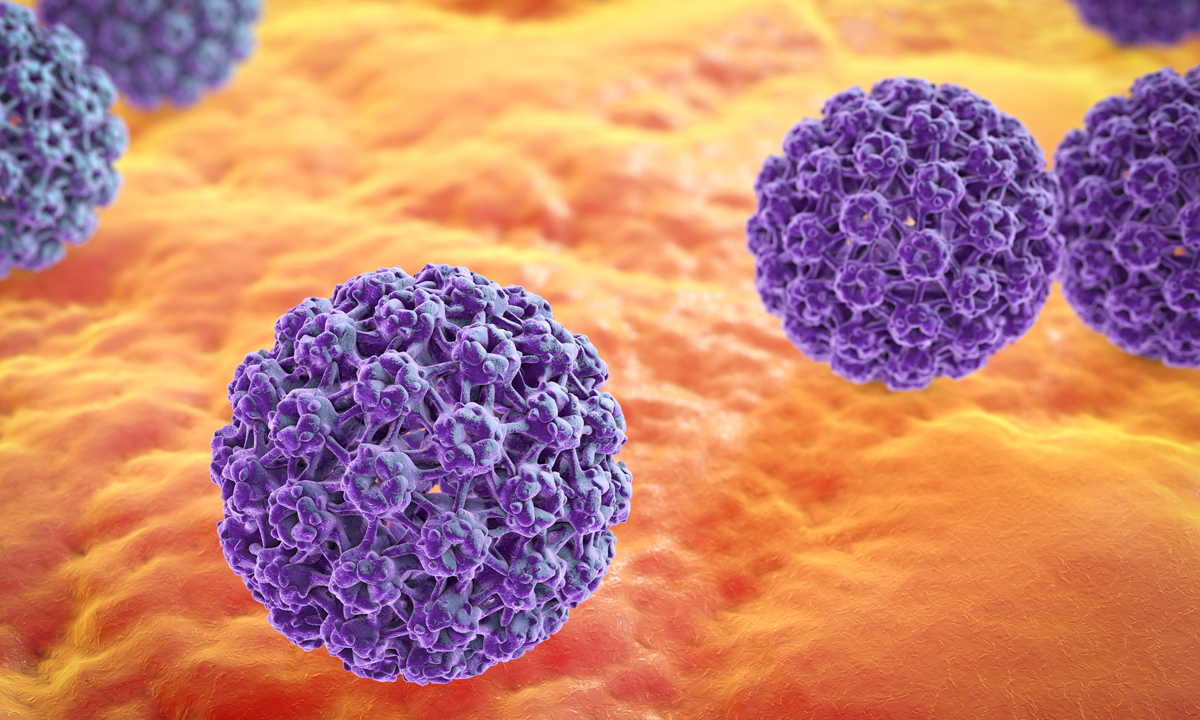 THE shift from cytology-based cervical cancer screening to primary human papillomavirus (HPV)-based screening, which occurred in December 2017, appears to be having the desired effect on rates of referral to colposcopy and earlier detection of at-risk women.

HPV testing involves partial genotyping (for HPV16 and 18, which are the genotypes found to be responsible for most cervical cancers) followed by reflex liquid-based cytology (LBC) if any oncogenic HPV is detected, making it a more specific and more sensitive than LBC.

The authors of a research published in the MJA reviewed data from 195 606 specimens submitted for HPV testing between 1 December 2017 and 31 May 2018 to find out HPV testing patterns and rates of oncogenic HPV-positivity.

The proportion of HPV16/18-positive samples with high grade abnormality was 15.3%; for samples positive for other oncogenic HPV types, the proportion was 6.3%. Repeat HPV testing after 12 months was recommended for 5.4% and direct colposcopy for 2.6% of screened women aged 25–74 years.

The authors, led by Dr Dorothy Machalek, from the Centre for Women’s Infectious Diseases at the Royal Women’s Hospital in Melbourne, said the results supported the higher risk classification of women with HPV16/18-positive specimens.

“Women with non-screening tests are regarded as being at higher risk than other women because of their symptoms or signs or a prior cervical abnormality,” Machalek and colleagues wrote.

“This was reflected by the higher oncogenic HPV prevalence in non-screening than screening samples. It was highest (35%) in women being followed up for low grade cytologic changes; these are usually not treated, as most are caused by self-limiting infections that will spontaneously resolve.

“Prevalence was lower among those followed up after therapy for high grade changes (18%), reflecting successful treatment of most of these women.

“HPV prevalence in women with symptoms or signs (15%) was also higher than in the screening population.

“The recommendation to co-test women with symptoms and signs was based on the acknowledged limitations of HPV testing for detecting infection in the presence of excess blood, which can be present in patients with invasive carcinoma.”

A key finding of the research was that the rate of referral to colposcopy based on HPV primary screening sample results for women of recommended screening age (2.6%) was considerably higher than that based on historical primary cytology screening results from the authors’ laboratory (0.8%; unpublished data).

“The higher rate is broadly consistent with clinical trial data and predictions from modelling,” Machalek and colleagues wrote.

“It had been anticipated that more high grade abnormalities and cancer would be detected during the first round of the renewed [National Cervical Screening] Program than previously because HPV testing is more sensitive than cytology-based screening.

“Colposcopy referral rates are expected to decline in subsequent screening rounds, when it will predominantly be incident disease that is detected.”

The authors concluded that although the results from the first 6 months of the renewed program (HPV testing rather than cytology) suggested the program was on-track to deliver as promised, ongoing monitoring was essential.

“The switch from cytology- to primary HPV-based screening in Australia will ensure cervical screening is evidence-based and best practice,” they wrote.

“While the predicted long-term benefits are substantial, timely monitoring of the transitional phase is critical for ensuring the program performs as expected and community confidence in the policy is maintained.”