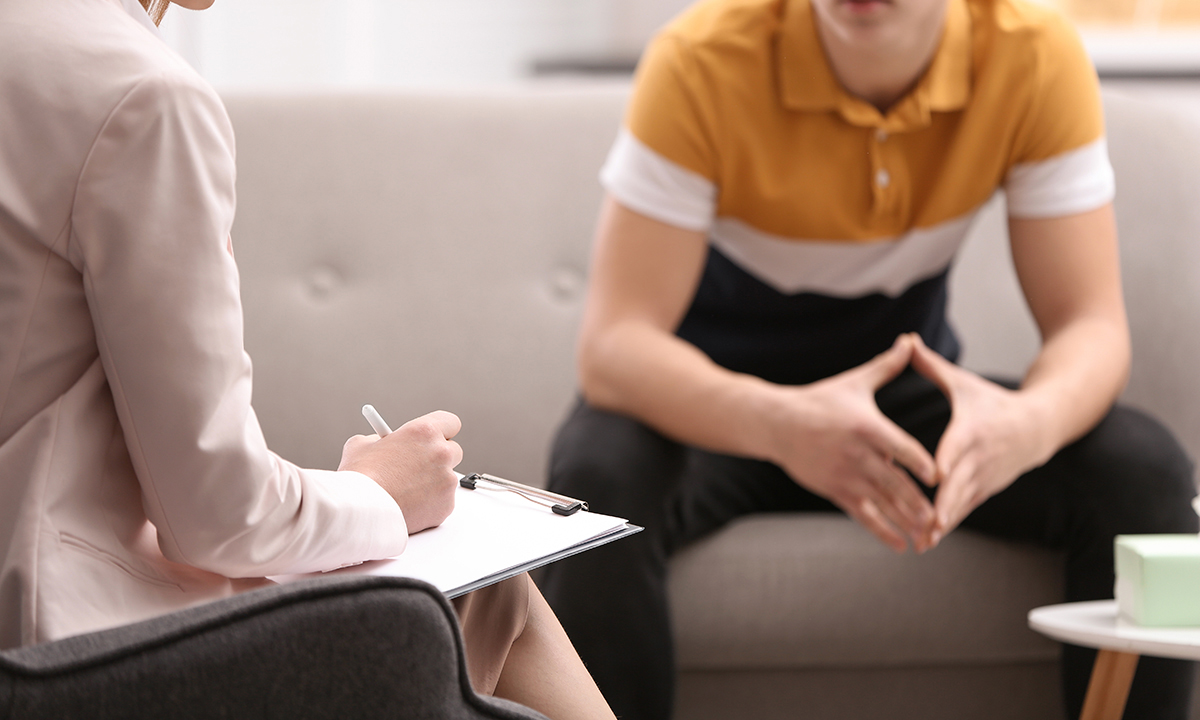 THERE are two questions a GP should ask every man who comes in for a consultation, according to a men’s health expert.

Commenting on a narrative review on erectile dysfunction (ED), published in the MJA, Professor Gary Wittert, Director of the Freemasons Foundation Centre for Men’s Health at the University of Adelaide, told InSight+ that it was important to look at ED “in the most holistic possible way — as a marker of risk for future events and as a marker of other disease processes that may be going on, rather than something that necessarily just gets dealt with in isolation”.

“In my view there are two questions that a GP should never miss asking a man who comes for a consult – one is about ED and the other is about lower urinary tract symptoms (LUTS) because they are both things that bother men enormously and they are both very important markers of underlying systemic disease. It’s not just a prostate or an age-related matter.”

The author of the narrative review, Dr Chris McMahon, a sexual health physician at the Australian Centre for Sexual Health, analysed international peer-reviewed practice guidelines to outline current approaches to the diagnosis and management of ED.

He found a high level of consensus on the management of ED in the guidelines analysed.

In an exclusive InSight+ podcast, Dr McMahon said it was well recognised that the majority of men with ED would have underlying penile vascular disease.

“Most of these men will have risk factors, which include type 2 diabetes — and to a lesser extent type 1 diabetes — hypertension, hyperlipidaemia and cigarette smoking,” Dr McMahon told InSight+.

“There is compelling evidence to suggest that not only is there a link between other forms of cardiovascular disease, such as coronary artery disease, and ED but that ED is probably an independent sentinel risk factor for coronary artery disease. The odds ratio for a patient who has got ED, as having either silent myocardial ischaemia or of developing a major cardiac event is probably somewhere between 2 and 3.”

Professor Wittert said that, while the narrative review was comprehensive, it was disappointing that some important issues with health service implications, and with potential broader impacts on men’s heath, were missing.

He said that the review noted that ED was associated with “lower urinary tract symptoms [LUTS] related to benign prostatic hyperplasia [BPH]”, however, most LUTS was not related to BPH and the the association with ED remained.

He also noted the association between obstructive sleep apnoea and ED.

“One in two men over the age of 40 [years] have sleep disordered breathing, and obstructive sleep apnoea is associated with ED, particularly in older men,” Professor Wittert said. “If men are presenting with ED and, more specifically, if there is LUTS, obesity, depression and diabetes … practitioners need to know that they should have a high level of suspicion of sleep disordered breathing.”

The narrative review listed a range of possible causes of ED, ranging from psychogenic to organic (vasculogenic, endocrine/metabolic, neurological, end-organ disease, or iatrogenic).

Dr McMahon said there was a spectrum of psychological interventions used in ED. It could be as simple as a GP discussing with a patient what the normal sexual expectations should be for a man in his age group, he said.

“[The GP] can assist the patient to understand the link between failure and continued failure.”

There was also an important role for psychosexual therapy in men with pure psychogenic ED as well as those with organic ED with a significant psychogenic component.

“While it’s commonplace to refer a young man in his 30s or 40s for counselling, it’s also entirely reasonable to refer an older man who’s got vascular disease but a significant psychological component. This type of counselling is usually very focused and relatively short term and, when combined with pharmacotherapy as an integrated treatment program, it’s usually quite successful.”

“The management of ED in Australia would be totally consistent with the principles outlined in this [article],” Associate Professor Lording said. “This is not a high [technology] area, it’s a good solid clinical area, with GPs at the forefront of getting information to men, initiating treatment and making referrals, and in Australia we do that very well.”

He said the key message to clinicians was to be open to discussing sexual matters with their patients, even when they were presenting for other health matters.

“There is no harm in initiating a discussion about ED when you are seeing people at high risk,” Associate Professor Lording said, noting that there was a high prevalence of ED among men with diabetes.

In terms of management, the review said 60–65% of men with ED – including those with hypertension, diabetes, spinal cord injury, and other comorbid conditions – could successfully complete intercourse in response to phosphodiesterase type 5 inhibitors (PDE5i).

Associate Professor Lording said there was still some lingering concern in the community about the effects on the heart of PDE5i.

“I still come across patients who are reluctant to take these drugs because they are worried about their heart,” he said. “It is important to note that these drugs have been around for more than two decades, are extremely widely used around the world and are very safe to use. There are very few situations where they can’t be safely used.”

10 thoughts on “GPs and erectile dysfunction: two questions to ask”