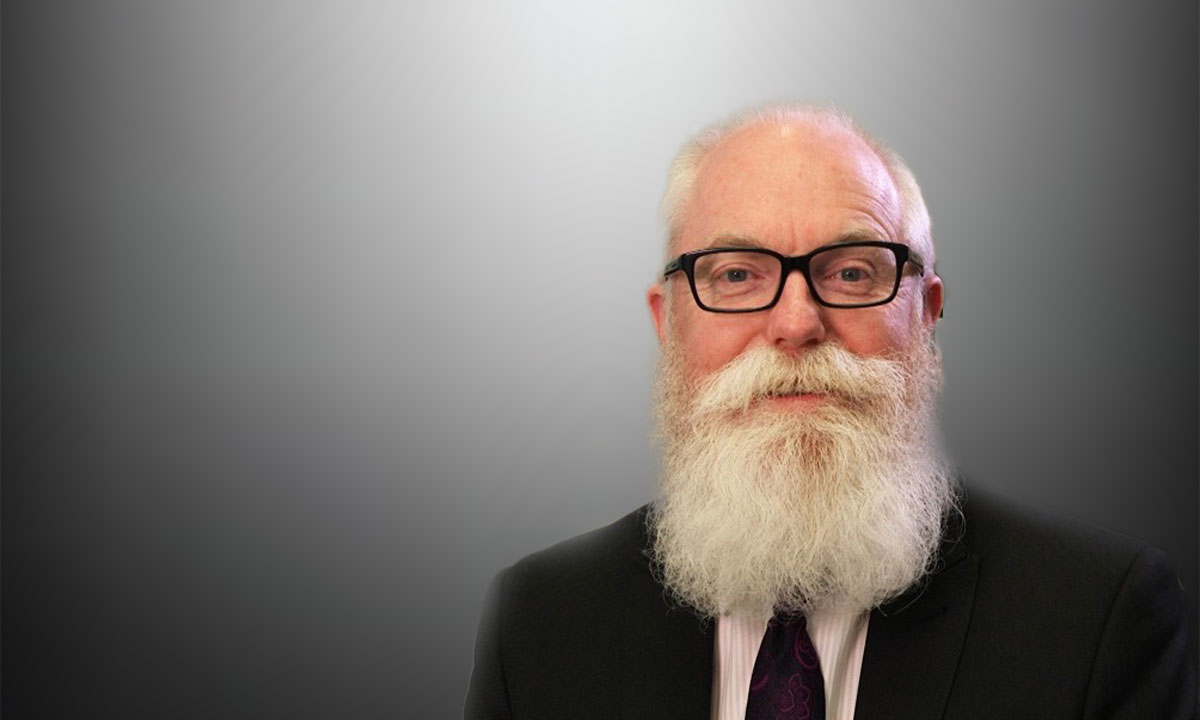 ONCE thought of as little more than “influenza of the skin”, with the primary problem being keratinocyte proliferation and lack of differentiation, psoriasis is now recognised as a systemic immune-driven disease. New targeted therapies and enhanced education have the potential to make our patients’ lives healthier and happier.

Psoriasis presents primarily as a consequence of its dermatological manifestations but the systemic inflammation is associated with an increased frequency of multiple comorbidities (here, and here), similar to what is seen in other systemic immunologically based conditions such as rheumatoid arthritis and inflammatory bowel disease. Patients with chronic plaque psoriasis have an increased risk of cardiovascular disease, metabolic syndrome, and cardiovascular risk factors including obesity, diabetes, hypertension, dyslipidaemia and non-alcoholic fatty liver disease. Independent of these individual risk factors, psoriasis appears in itself to be a risk factor for myocardial infarction and cerebrovascular accident. Added to this are lifestyle factors of increased prevalence of cigarette smoking and higher alcohol consumption. Extrapolation from the rheumatology literature would suggest that control of systemic inflammation results in decreased cardiovascular morbidity and mortality (here, and here), hopefully indicative of a similar benefit in the psoriasis population.

More recently, the psychological and social problems associated with chronic disease such as psoriasis have been recognised, with increased rates of depression and anxiety (here, and here); frequency increasing with severity. There is some debate as to whether the mental health issues are a manifestation of the systemic inflammation or a consequence of treatment failure, stigmatisation associated with the visible nature of the disease, or recurrence of disease associated with lack or loss of response.

Psoriasis is a common condition with an estimated 2.3% of the Australian population manifesting clinical signs (here, and here), typically commencing in the late teens and early adulthood, at a time which can have a profound influence on psychosocial development. A recent unpublished examination of our own data has shown while the median age of onset is around 25 years, the median duration of psoriasis prior to commencement of biological therapy is in the 15 to 20 year range. Part of this might be explained by the lack of understanding in the general population, and within the medical community (outside dermatology), that this often-debilitating condition now has a range of very effective therapies.

Psoriasis is a genetically determined condition with over 60 known gene loci. The polygenic nature means that no single treatment is universally effective in every patient. Evidence to date, based on multiple genetic studies, would indicate a central role for the immune system in the development of psoriasis. The most important genes include those associated with antigen presentation and the interleukin (IL)-23/T helper (Th)17/IL-17 pathway (here, and here).

There is no cure for psoriasis but with the advent of biological therapies, we now have a number of more disease-specific targets for our treatments. At the time of the launch of the first biological therapy for psoriasis in 2006, the then Health Minister, Mr Tony Abbott, announced that approximately 6000 patients would be on therapy within 12 months. It took more than a decade for this many patients to be initiated on therapy. Various explanations have been given for this. They include patients with long standing disease having been told “there is no cure” and to learn to live with their condition, a lack of understanding of the profound impact on quality of life and activities of daily living, a deficiency in education of the referring community that more targeted therapies were available, and to an extent the restrictive criteria limiting access. The number of people now on biological therapies for psoriasis has prompted a review on the use of biologics in the treatment of severe plaque psoriasis by the Pharmaceutical Benefits Advisory Committee. It is hoped that this review will result in enhanced access to these agents.

While the IL-23/Th17/IL-17 axis has been identified as a critical immune pathway in the pathophysiology of chronic plaque psoriasis, it would be a mistake to consider this condition as merely a linear pathway with simple upstream and downstream targets. IL-17 is a key effector cytokine driving keratinocyte hyperproliferation and impairing differentiation, but Th17 cells are not the only source of IL-17, with other adaptive and innate immune cells also producing this cytokine. IL-17A, which is important for mucosal defence against pathogens, acts on multiple cell types, in addition to keratinocytes, with many of its targets feeding back on the inflammatory loop driving psoriasis. Also it is not simply a matter of IL-23 acting on undifferentiated Th cells causing them to become Th17 cells and the resultant inflammatory state developing. Instead this progression from naïve T cells to pathogenic Th17 cells require a series of steps with transforming growth factor beta (and IL-6 inducing differentiation of Th17 cells, IL-21, produced by the developing Th17 cells mediating amplification, and then IL-23 expanding and stabilising previously differentiated Th17 cells (here, and here). Blockade of this final step in the pathway, by inhibiting IL-23, permits the development of non-pathogenic cells, decreasing Th17 cell-dependent cytokines, while not compromising mucosal defence.

Before the introduction of biological therapies for psoriasis, we had a range of systemic agents, far less targeted and specific. Phototherapy, both ultraviolet B and ultraviolet A (with psoralen photosensitisation; PUVA), acts broadly to down-regulate the immune system in the skin and is a treatment option for a multitude of dermatological conditions. Phototherapy only acts at the site of exposure and has no effect on systemic inflammation. The risk of skin cancer associated with PUVA has seen this modality much less widely used. The oral systemic agents are also fairly broad-acting. Acitretin (a synthetic retinoid) is indicated for psoriasis and severe disorders of keratinisation, working to slow down keratinocyte hyperproliferation and encourage differentiation.

Methotrexate and cyclosporine are broad-acting immune modulators with potential end organ toxicity (here, and here). The concern about cumulative toxicity has resulted in a balancing act with response and side effects determining their use. The biological therapies do not show evidence of end organ toxicity and have much higher rates of response.

As a consequence, the impact on improving patients’ quality of life is much more profound. Less monitoring for toxicity is required and it is possible for patients to remain on therapy for many years. Just as there was an evolution from skin-directed topical treatment and phototherapy to non-biological systemic agents, there has also been an evolution from agents targeting tumour necrosis factor alfa to IL-12 and IL-23 blockade to IL-17 antagonism and now anti-IL-23 monoclonal antibodies.

This new generation of agents seems to have high rates of response associated with the specificity of their action. Trials data have demonstrated the durability of response with low numbers developing neutralising antibodies and losing response over time (here, and here). This class of drugs is associated with a very favourable dosing schedule. We have seen the biologics progress from weekly to fortnightly to monthly to now 8- or 12-weekly dosing intervals. We have also seen an evolution in the level of response. Whereas the initial introduction of biologics had patients and dermatologists very pleased to see a 50% and 75% reduction in the psoriasis area and severity index, we are now experiencing high rates of 90% reduction both in the short term and maintained over the long term. This is addressing the very significant unmet medical need whilst we attempt to find a cure.

Unfortunately, there is still a delay in accessing biologics.

First, it would appear that a significant portion of patients are not presenting to their GPs because they are not aware that newer, less toxic therapies are available or they have been told years ago that there is no cure. The poor dissemination of information to GPs of the available therapies has potentially resulted in delayed referral to dermatologists. The newness of this class of therapy and the broader ranging action of the early biologics may have resulted in some dermatologists being reluctant to prescribe the agents. There are also the PBS restrictions which require severe disease to be unresponsive to non-biologic systemic agents and phototherapy.

Hopefully, with new targeted therapies and enhanced education, more patients with this condition, with its profound impact on quality of life, increased psychosocial comorbidities, systemic inflammation resulting in cardiovascular comorbidities and signs and symptoms causing physical distress, will be the beneficiaries of the advances and we will have happier healthier patients.

Associate Professor Peter Foley is a clinical dermatologist, specialising in the treatment of psoriasis. He is Director of Research at the Skin and Cancer Foundation Inc, and Head of Dermatology Research at St Vincent’s Hospital Melbourne.

2 thoughts on “Targeted biologics: lifting the burden of severe psoriasis”