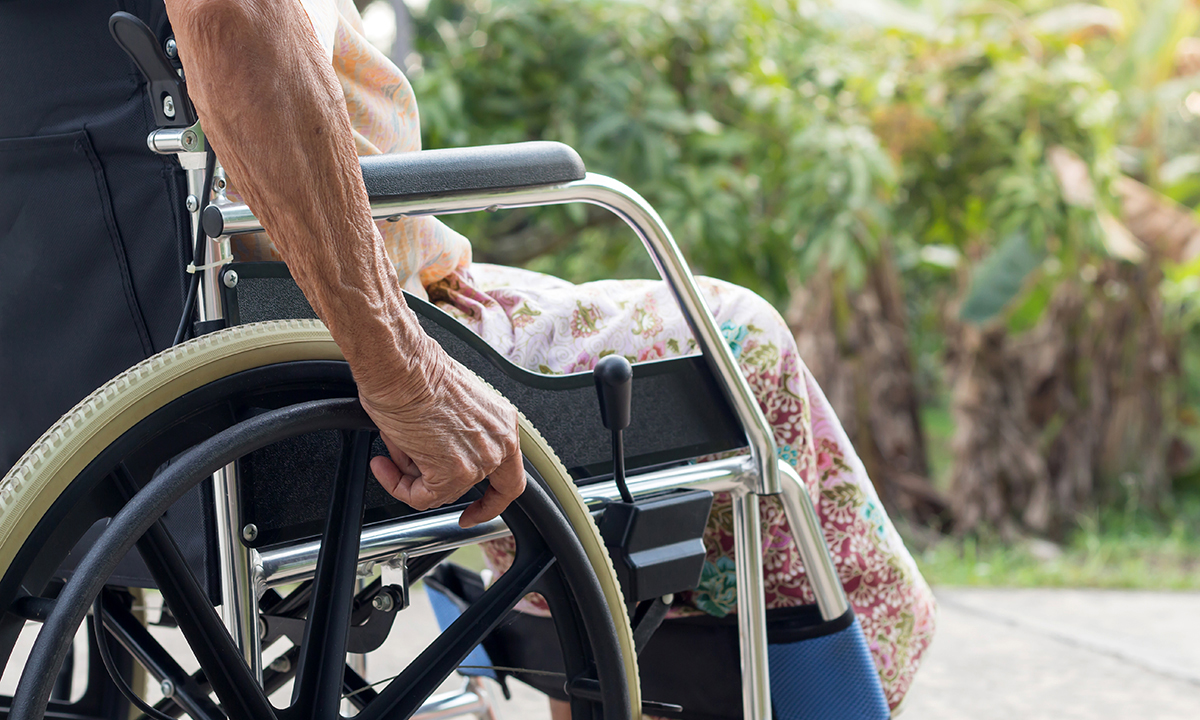 AT the Royal Commission into Aged Care Quality and Safety last Thursday, Professor Joseph Ibrahim laid it on the line.

Professor Ibrahim, the Head of the Health, Ageing and Law Research Unit at the Department of Forensic Medicine at Monash University, has written a Perspective published in the MJA, and has spoken exclusively to InSight+ in a podcast.

Just like in his Commission appearance, he pulls no punches.

“In residential care, if you die before your time, most people think that is a positive outcome because you have relieved suffering,” he says in the podcast.

Family might say that their elderly relative – who may have had dementia or severe arthritis – was now in a “better place”, and aged care staff and medical practitioners may view the death as expected.

However, he said, no one should die from the actions or inactions of others.

In his MJA article, Professor Ibrahim argues that health care has been “uncoupled” from aged care. He called on the Royal Commission to take a “transformative approach that included tightly coupling” RACFs to health care.

“RACF business models are moving away from a perceived medically dominated model of care provision. This trend does not serve the rights of older people in residential care to equitable access to health care,” Professor Ibrahim wrote.

In the podcast he said he was not asking for people to have an eternal life.

“Prompt diagnosis, prompt follow-up, responding to abnormal tests, communicating between professionals, that is all we are asking for, which is the standard that’s expected in health care generally.

“If we attend to those details, then there would be substantive improvement in the quality of life for the [aged care] residents.”

He said optimal health care was essential in improving the lives of older people and this should be one of the core roles of RACFs. He called for the medical profession to establish new standards, use performance data and to advocate for structural solutions that support the use of evidence-based care.

Professor Ruth Hubbard, Professor of Geriatric Medicine at the University of Queensland and consultant geriatrician at Brisbane’s Princess Alexandra Hospital, said there was a general attitude in the acute sector that acute hospitals were not the right place for frail older people, particularly those residing in nursing homes.

“That sometimes isn’t true,” Professor Hubbard told InSight+. “When there is an acute problem that would benefit from a thorough medical assessment, physicians in the acute sector are expecting more and more of general practice, for example, in the management of these very complex, very frail older people in [RACFs].”

“These are people who are usually in the last year or two of their lives,” she said. “If they were identified as having cancer, for example, then the medical workforce would be mobilised to address their symptoms, but because a lot of [aged care residents] are identified as having dementia, we don’t quite have the same systems of support for that clinical diagnosis.”

“People who work in RACFs on the whole do an amazing job with limited resources in difficult circumstances,” he said, noting that his comments related to high care in RACFs.

“They care for frail older people with multiple comorbidities, very high rates of dementia and behavioural and psychological symptoms of dementia which are often very difficult to manage but need a great deal of care. The residents are at the end of their lives and are entitled to be treated with dignity and respect.”

Professor Caplan said better systems to ensure quality of care were needed and he supported the call for general use of quality indicators, which would help facilities to improve their care by benchmarking.

However, he added, this must be done carefully.

“The end result of nursing home care for permanent residents is almost universally death, so we have to understand that the natural trajectory of a permanent stay in a nursing home is declining health towards death. Nursing homes are essentially palliative care facilities for people with dementia,” he said.

Professor Caplan said he “strongly disagreed” with Professor Ibrahim’s statement in his MJA article that the provision of outreach interventions and care from acute hospitals was “evidence of a failure to recognise and align practice to the contemporary needs of the RACF population”.

Professor Caplan said research that he had conducted had shown that nursing home residents do better by avoiding in-hospital treatment, with a 10% reduction in mortality.

Professor Hubbard agreed that outreach services could provide a key role in aged care delivery, but their availability throughout Australia was “patchy”.

“Sometimes it is better for older people to remain in their own environment. Whether that be a nursing home or in their own home, but there shouldn’t be blanket rules about that, it should be individualised,” said Professor Hubbard.

“At the moment, there is a pressure on some older people who are being discharged into a nursing home to formulate an advanced care plan that includes the decision not to come back to hospital. This is ridiculous – if you fall and break your hip then you need to have an operation and you need to come back.”

Associate Professor Glenn Arendts of the Centre for Clinical Research in Emergency Medicine at the Harry Perkins Institute for Medical Research said it was widely acknowledged that the current model for providing medical care in aged care was “broken”.

“I don’t think anyone would argue that we are optimally managing medical conditions in aged care,” said Associate Professor Arendts, who specialises in acute geriatric care in EDs. “The problem is we don’t really know what the ideal model should be.”

He said it was important to avoid the “over-medicalisation” of the aged care sector.

“There are 2500 aged care facilities in Australia, and the last thing we want is 2500 mini-hospitals, with a very medicalised model of care.”

“The Australian Commission on Safety and Quality in Health Care publishes an Atlas on Health Care Variation for all sorts of medical procedures, but we don’t have that same atlas of variation for outcomes in residential aged care,” he said, adding that he hoped the Royal Commission would recommend improved data-driven understanding of variation in aged care practice.

He said variation data could positively, rather than negatively, influence practice.

“Sometimes people feel these data are going to be used in a punitive way, but I can see them being used in a very positive way to highlight areas where people are doing things well, so we can all learn from them.”

Aged care in Australia should be rebuilt from the ground up

16 thoughts on “Aged care residents are “stateless” and deserve better”