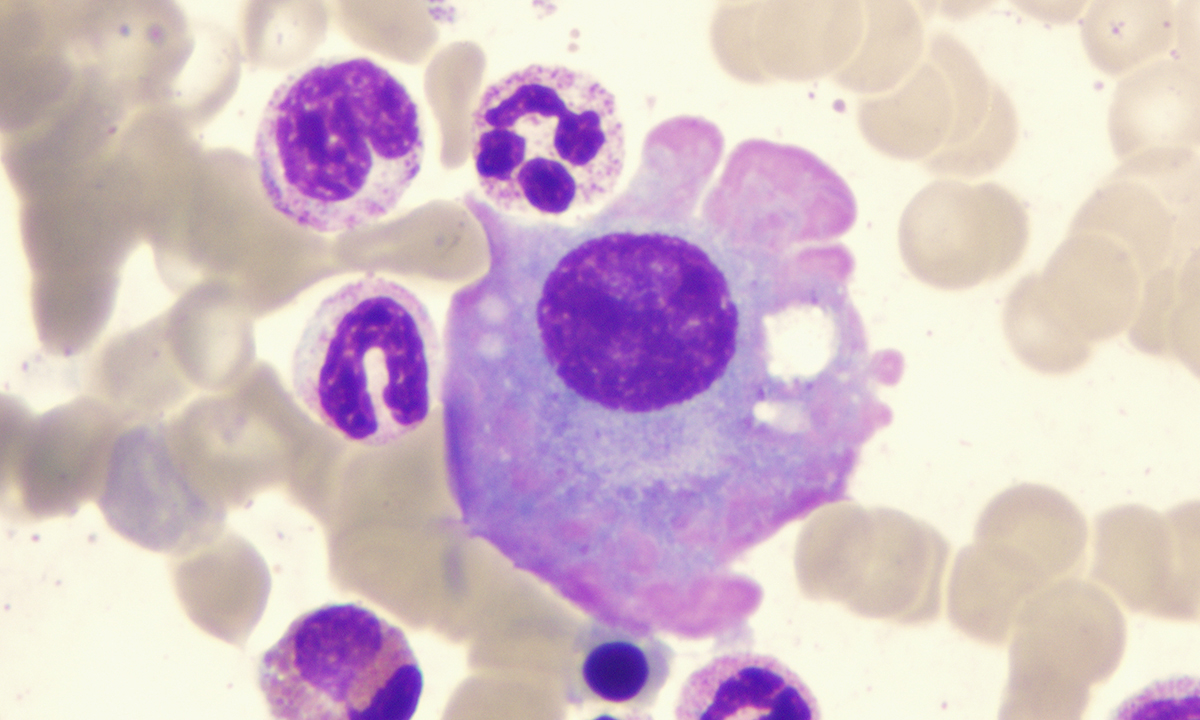 Multiple myeloma survivability on the rise

A CURE for multiple myeloma – a malignancy of plasma cells originating from the bone marrow – is on the cards if breakthroughs continue to come at the rate of the past decade, according to experts.

The Australian Institute of Health and Wellbeing reports a dramatic improvement in myeloma survival rates between the period 1982–1987 and the period 2006–2010, when 5-year survival rose from 26% to 43%.

The authors of a new narrative review, published in the MJA, believe there is reason for excitement given the pace of progress.

“We can confidently look forward to regimens that will predictably attain [minimal residual disease], especially in patients who do not have high risk genetic disease, and to protocols that will allow the final eradication of residual disease and result in the cure of myeloma,” the authors, led by Emeritus Professor Douglas Bryant, a consultant haematologist from Royal Prince Alfred Hospital in Sydney, wrote.

Multiple myeloma most commonly presents with hypercalcaemia, renal failure, anaemia and bone lesions. It accounts for about 10% of all blood malignancies, the authors wrote.

“The annual incidence of myeloma in Australia is about five cases per 100 000 population, and there are about 1200 new patients diagnosed each year; the median age of diagnosis is the mid-60s.”

Patients with myeloma can be divided into two main groups: those who are eligible for autologous stem cell transplantation and those considered ineligible. Age, frailty and comorbidities are part of the clinical decision making process, according to Bryant and colleagues.

“Patients older than 75 years of age are considered, in general, ineligible for transplantation.”

Until the early 2000s, melphalan chemotherapy with the addition of steroids such as prednisone or dexamethasone was the gold standard for treating multiple myeloma.

But that has changed with the development of targeted therapies, including thalidomide, lenalidomide and bortezomib, which have “significantly changed the treatment strategies”.

“In the decade following 2005, there have been remarkable advances in therapy, which have resulted in improved survival rates in all age groups, but especially in younger patients (aged < 65 years), with median survival rates in a real-world situation of 7–8 years,” Bryant and colleagues wrote.

“This evolution in understanding of myeloma has led to new diagnostic criteria for myeloma and high risk smouldering multiple myeloma and to the development of concepts of continual suppressive therapy akin to protocols used in acute lymphoblastic leukaemia, with induction, consolidation and maintenance phases of treatment.

“This progress has been made possible by high dose therapy and stem cell transplantation, the development of novel drugs, targeted therapies, and the ability to harness the patient’s immune system.”

The sequencing of the myeloma genome in 2011 failed to find a specific genetic defect but, nevertheless, drastically changed researchers’ thinking about myeloma.

“This finding has changed our concept of myeloma as a linearly progressive disease with increasing resistance to treatment to one in which a ‘Darwinian’ or ‘branching’ process occurs, such that some clones may be suppressed by chemotherapy but, eventually, new clones resistant to chemotherapy dominate.”

Despite the improvements in survival rates over the past decade, there remains concern for older patients with myeloma.

“Outcomes for older individuals remain much poorer, with only a 19% 5-year survival rate in individuals aged 80 years or over,” wrote Bryant and colleagues. “Care for these patients remains a pressing challenge.”

The Myeloma and Related Diseases Registry, which was established in 2012, collects disease, treatment and outcome data from treating hospitals around Australia.

“The registry will provide a unique opportunity to monitor outcomes in an Australian context and in different areas of health care delivery. This large registry is now reaching the level of maturity in which survival data will be available.

“We can confidently look forward to regimens that will predictably attain [minimal residual disease], especially in patients who do not have high risk genetic disease, and to protocols that will allow the final eradication of residual disease and result in the cure of myeloma,” Bryant and colleagues concluded.

2 thoughts on “Multiple myeloma survivability on the rise”