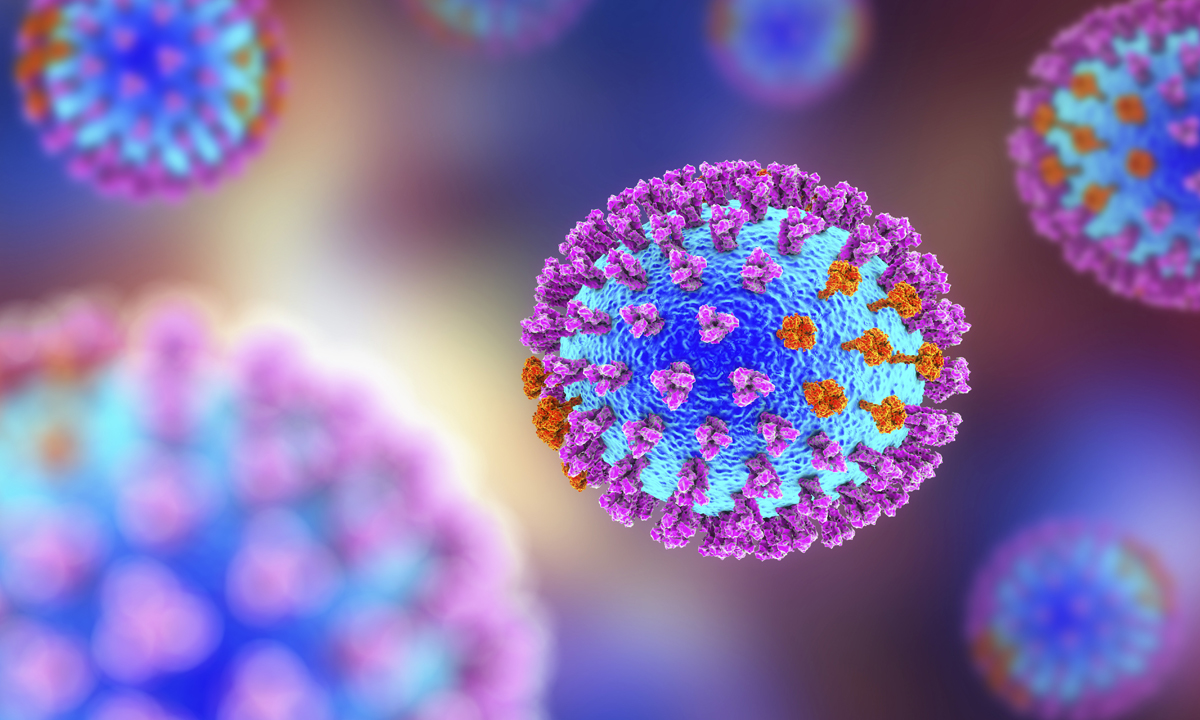 AN unseasonal surge in influenza has already caused some deaths this year in Australia, but experts say it’s not possible to predict how the season ahead will unfold.

Professor Allen Cheng, Professor of Infectious Diseases Epidemiology and Director of the Infection Prevention and Healthcare Epidemiology unit at Alfred Health in Melbourne, told InSight+ the current levels of influenza activity were comparable to the peak of last year’s season.

“It could get worse from here and be a big season, or it could just be an early season and everything fizzles out,” Professor Cheng said. “We really don’t know what’s going to happen.”

Professor Kanta Subbarao, Director of the WHO Collaborating Centre for Reference and Research on Influenza, said the 2018 season, although mild, had lasted for longer than usual, with cases reported through to December, and into January and February this year.

“It has happened before, but it’s unusual and then we had an uptick in cases in March,” Professor Subbarao said. “It’s hard for us to say if this is inter-seasonal activity that has just picked up or whether this is an early start to the influenza season.”

“We do see summer flu each year,” he said. “It’s often in people who are returning from the Northern Hemisphere where activity might be occurring in their winter. But this year, we have certainly seen local transmission of influenza, including in nursing homes, and the elderly and the very young as well.

“The big question will be: is this summer activity of influenza going to mean a more severe winter influenza or not? And we don’t really know.”

Influenza vaccine was added to the Australian National Immunisation Program in 2010. The vaccine can be given at any time during the pregnancy to protect both women and their infants.

The research by Rowe and colleagues analysed Victorian data from  153 980 pregnancies in 67 hospitals. The authors found that while pertussis vaccination of women during pregnancy increased from 37.5% to 82.2% between 2015 and 2017, the overall rate of influenza vaccination was only 39%, but varied by season, typically rising to more than 50% during winter and spring.

Professor Cheng, a co-author of the research, said a key barrier to improving influenza vaccine uptake during pregnancy was timing.

“The vaccine wasn’t available last month so if your pregnancy was finishing and you hadn’t been vaccinated before then, there wasn’t really the opportunity to vaccinate,” he said.

Professor Cheng said there was also a perception in the community that pertussis was a more serious condition than influenza.

“Most people’s experience of influenza is relatively mild, but it can be quite severe and is an important disease, particularly in children,” he said.

He added that it was important to design systems to better support maternal vaccination.

“It has become common in hospitals to have systems that make it easy for staff to get vaccinated … and we need these sort of systems for pregnant women as well, so it’s easier for them to get a shot, maybe while they are waiting for the obstetric clinic, whenever they see their GP, or after the obstetric ultrasound,” Professor Cheng said.

Professor Dwyer said it was helpful to know the groups that should be targeted in maternal vaccine programs.

“The [Rowe] data demonstrate lower rates of vaccination among women from overseas, those who smoke during pregnancy, as well as Indigenous populations,” he said. “That suggests that the messaging isn’t targeted appropriately, or it’s not getting through to the risk groups. For example, in women born overseas, there might be language issues, or they might not understand the vaccination program in Australia. It’s important to identify where we need to put more work in from a public health point of view.”

The authors of the Perspective evaluated the effectiveness of state- and territory-funded influenza vaccine programs for children aged 6 months to less than 5 years. The jurisdictional programs are an adjunct to the National Immunisation Program, which funds influenza vaccine for Aboriginal and Torres Strait Islander children and children with medical conditions that put them at high risk for severe influenza.

The highest coverage was achieved in the 6 months to 1-year age group, with an overall vaccination rate of 37%.

The authors said it was “important to ensure continuing efforts to provide comprehensive information on the benefits and safety of vaccination, and improve uptake to achieve maximal impact for both children and their families”.

In an exclusive InSight+ podcast, lead author of the Perspective on childhood influenza vaccination, Dr Frank Beard, public health physician and staff specialist at the Children’s Hospital at Westmead and the National Centre for Immunisation Research and Surveillance, said the impact of influenza on children was “significantly under-estimated”.

“When children are hospitalised because of influenza-related complications after the acute phase of illness — they can get secondary bacterial infections, pneumonia, exacerbation of existing medical conditions like chronic lung disease — it might not be recognised that influenza is the true cause of hospitalisation,” Dr Beard said.

Professor Cheng agreed that influenza was the biggest cause of deaths from a vaccine-preventable disease among children.

“We talk about meningococcal vaccine and pertussis being killers — and they are scary diseases — but more people get severe flu.”

Professor Dwyer said targeted paediatric vaccination programs were a “really good idea”.  The Perspective showed that Australia still had some way to go in achieving the higher vaccination rates of countries such as the UK and the US, he said.

“This article also demonstrates that the reporting of vaccinations given isn’t always as good as we would like. The Australian Immunisation Register (AIR) works well, but it could always work better, particularly for something like influenza, which is a relatively new vaccine for this age group.”

The Perspective authors noted that, unlike for other childhood vaccinations, immunisation providers do not receive payments for influenza vaccination notifications to the AIR.

The experts agreed that the early surge in influenza cases in 2019 should prompt the public to get vaccinated.

Professor Subbarao said influenza A H3N1 strain had historically presented more of a challenge in the community because it caused more severe disease and the vaccine was less effective for the this strain.

“It’s important to remember that the vaccine contains four strains and, generally speaking, the other three do quite well, so people should continue to recommend and use vaccine,” she said.

Professor Subbarao said it was also important to remember the role of antiviral drugs for people at risk of severe complications from influenza.

“The antiviral drugs work best if they are administered very early after onset of illness, so if there are people at risk for complications, [clinicians] should consider making antiviral drugs available.”