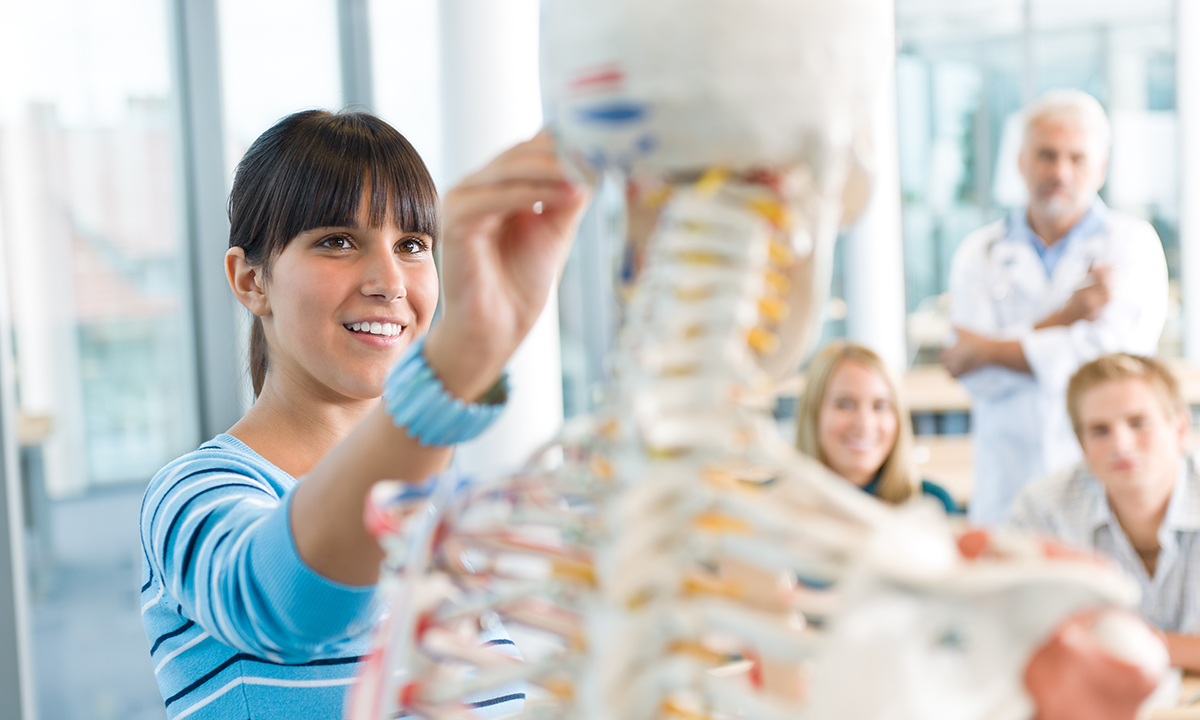 PRIOR academic achievement may be the most accurate predictor of timely medical school completion, according to new research, but experts argue that a broader approach to medical student selection is essential in shaping a medical workforce that meets Australia’s diverse health care needs.

Professor Richard Murray, President of Medical Deans Australia and New Zealand (MDANZ), said that the selection of medical students was an important public policy issue, as it was the first step in determining the people who would serve our priority health needs in the future.

“Medical schools have a monopoly on the production of doctors in Australia, and with that comes a social responsibility to produce the doctors that the community needs,” said Professor Murray, who is also Dean of the College of Medicine and Dentistry at James Cook University. “There is a set of characteristics that society might think are important for the doctors it wants in the future – things like diversity, background, humanistic qualities, openness to challenge, empathy – and they don’t get a guernsey in these [academic] tests.”

His comments came as researchers reported in the MJA that cut-scores for prior academic achievement (GPA or ATAR) had the greatest predictive value for both timely graduation and passing the final clinical skills assessment, with medium to large effect sizes (0.44–1.22) for all five undergraduate medical schools in Australia and New Zealand. Undergraduate Medicine and Health Sciences Admission Test (UMAT) scores and selection interviews had smaller effect sizes (0.00–0.60), the researchers reported.

The researchers evaluated data from 3378 students enrolled in the medical schools between 2007 and 2010. Outcome measures were timely graduation (no later than a year beyond minimum time) and results of final clinical skills assessment (pass or fail).

In an accompanying editorial, Associate Professor Paul Garrud, Assistant Director of Medical Education at the University of Nottingham in the UK, wrote that it was necessary to assess more than academic excellence when selecting medical students. Professor Garrud observed that, for instance, an applicant might be unsuitable for medical school if they lacked personal insight and reflection.

“Assessing both academic ability and personal qualities are accordingly essential,” he wrote.

Professor Murray said that the MJA findings were of interest in further illuminating the challenges involved in the selection of medical students, but “shouldn’t be used as a recipe” for medical student selection.

“We might be prepared to admit more students who take a little longer to complete their studies, or require some assistance to succeed if, in return, we produce graduates who are more attuned to the needs of society,” said Professor Murray, who noted that two-thirds of James Cook University’s 1400 medical graduates now worked in communities outside of capital cities.

He said that the research findings might help with early identification of students who may require more targeted pastoral care, cultural support or tutorial assistance.

Professor Murray pointed to the MDANZ policy on medical student selection, which stated that while scholastic performance was highly important, recruiting students to represent ethnic, socio-economic and geographical diversity was also crucial.

Agnes Dodds, Associate Professor in Medical Education at the University of Melbourne, said that the MJA research was a sophisticated analysis of pass-fail outcomes. She said that such tools may become more important as the shift towards ungraded assessment continued, but medical school failure rates remained extremely low.

“There is fairly good evidence now that people don’t fail because of academic shortcomings but more because of personal circumstances and health issues,” she said.

Professor Dodds said that a certain level of academic ability, and understanding of science, was essential to completing medical studies, but the existing ATAR/GPA requirements were often much higher than were needed to successfully complete the course.

“These are high-prestige courses and there is a pressure on places,” Professor Dodds said. “Schools are faced with a dilemma in selecting the students who have not only academic ability but also the personal attributes required in medicine. That’s why schools have moved to interviews, and particularly to multi-mini interviews, to look at attributes like communication skills and empathy.”

Professor Dodds agreed that it was also important that the medical student cohort reflected the gender, ethnicity and socio-economic balance of the community.

“Academic ability is probably the baseline, and then you can start looking at other aspects. You can’t choose people who you think are not going to be able to complete the course; although you can choose people whose test results or ATARs – which are not 100% related to ability anyway – are lower, if you have in place support mechanisms for these students.”

“In AMSA’s view, universities should use a broad range of evidence-based criteria so that it is possible to select a medical workforce that is reflective of Australia’s diverse population with its varied health needs,” Ms Farrell told MJA InSight.

She said that the focus on timely completion of medical school may not be relevant at a time when medical students were increasingly taking time out from their studies.

“More and more medical students aren’t graduating on time and there are whole range of reasons why. They may take time off to travel, work and earn money in between studying, or to do research. They may take a year off to look after their health or pursue hobbies, passions or leadership opportunities,” said Ms Farrell, who is herself taking a year off university to focus on her role as AMSA President.

“There are a range of reasons why students may not graduate on time, most of which don’t correlate with the quality of the doctor they will become at the end of their degree.”