MABEL: doctors shouldn’t work in excess of 50 hours per week 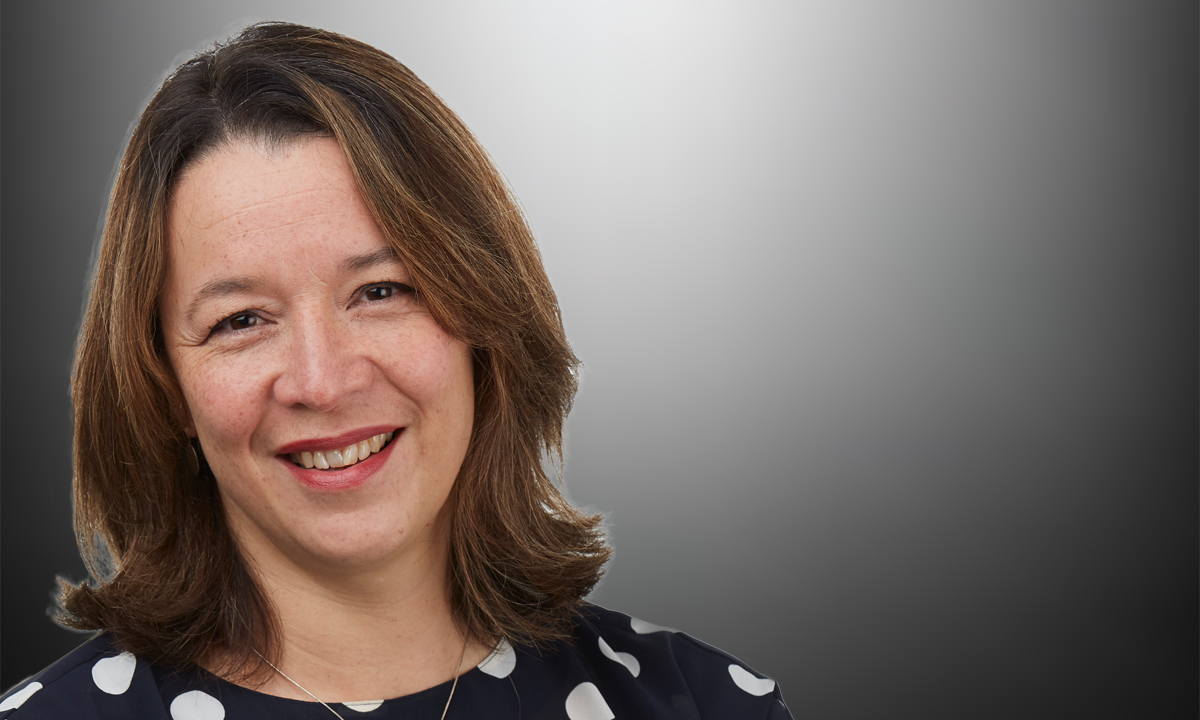 The Medicine in Australia: Balancing Employment and Life (MABEL) survey examines the trend in Australian doctors’ work hours to find out who is working over 50 hours per week and how it influences their work–life balance.

“The impact of long hours, shift work and stress are known to affect mood, mental health and emotional wellbeing. This also has an impact on clinical decision making, alertness, vigilance and effective communication.”
The Australian Resource Centre for Hospital Innovations, 2003

DURING many years working as a hospital doctor, there were times when my roster seemed quite unsafe. For me, this commenced during my internship in 1993, especially during country rotations where staffing was slim. Tough rosters, unscheduled overtime and frequent night shifts continued through my specialist training in emergency medicine, and, at times, affected me as an emergency physician on call and over busy weekends.

I’m sure most of my colleagues, at some stage, have worked unsafe hours and experienced the feeling that they might make a catastrophic error or fall asleep at the wheel driving home. Medicine, being the profession it is, places high expectations and heavy ethical responsibilities on individuals. Long hours are expected, almost a rite of passage. I’ve heard doctors scoff at their juniors, bragging in a Monty Pythonesque way about how tough it was “when I was a resident”. They forget how far medicine has evolved and that just because they did it, doesn’t make it right. The work expectation on doctors, from infancy to seniority, particularly on registrars in specialty training, puts them at high risk of fatigue.

Never has this been more pertinent than in the dire fate of UK paediatric trainee, Hadiza Bawa-Garda, permanently deregistered and convicted of manslaughter for the death of a 6-year-old boy from sepsis in 2015. A series of systemic errors contributed to the tragedy, one of which was her 12-hour shift without breaks covering two absent staff.

The most recent 2016 Australlian Medical Association (AMA) Safe Hours Audit shows that there is still a way to go in reducing doctors’ hours. Doctors’ mental health and longevity in the workforce are major concerns for the maintenance of a high-functioning Australian health system. beyondblue’s National Mental Health Survey of Doctors and Medical Students highlighted “consistently high rates of suicide, depression, anxiety disorders, substance use and self-prescribing in the profession”. Unsafe hours put doctors at “significant and higher risk of fatigue [that can] impair performance, and affect the health of the doctor and the safety of the patient”.

Research into these human factors is vitally important for the longitudinal tracking of doctors’ health and wellbeing. We must aim to prevent loss of doctors from burnout, mental illness and suicide, and limit the impact on patient care, incidence of adverse events and instability of the already stretched health system.

The MABEL survey, since 2008, has surveyed approximately 10 000 doctors annually, providing a uniquely extensive longitudinal cohort. Four different groups are surveyed Australia-wide: GPs, specialists, doctors-in-training not enrolled in a training program (hospital medical officers [HMOs]), and doctors-in-training enrolled in a training program (registrars). MABEL’s database provides insight into who is at risk of working long hours and whether there have been positive or negative trends over a 9-year period (2008–16). We can identify differences between types of doctors and paint a picture of who is at higher risk of fatigue and its possible consequences.

According to the AMA’s National Code of Practice, working over 50 hours per week marks the threshold of “unsafe” hours; however, this is just one variable among many, including shift length, consecutive shifts, breaks during and between shifts, overtime, on-call and roster predictability and rotation.

In 2016, the AMA audit found that 53% of 716 doctors audited reported “unsafe” hours, with no improvement since the previous 2011 audit. Registrars were worst off, with 59% reporting “unsafe” rosters, the prevalence highest in intensive care and surgical rotations.

MABEL’s data show a significant downward trend over 9 years for doctors’ average weekly hours, with a fall of just under 12% in each group (Figure 1). As expected, registrars continue to work the most hours (average, 46 h/week), followed by HMOs (45 h), specialists (42 h) and GPs (37 h). These averages are universally below the threshold 50 hours per week deemed “unsafe”.

The falling average hours say little about what is happening for those who work very long hours. Figure 2 shows that a higher proportion of registrars and HMOs (39%) work 50 hours or more per week compared with 33% of specialists and 21% of GPs.

Figure 2. Proportion of each doctor group who work less than 50 or 50 or more hours per week; comparison of any single group to all others is statistically significant. Source: MABEL survey 2008–16

Over time, the proportion of doctors who work 50 hours per week or more has reduced significantly in all groups, mirroring the reduction in average total hours (Figure 3).

Figure 3. Trends in proportion of doctors working 50 or more hours per week, by group and year; all trends are statistically significant. Source: MABEL survey 2008–16.

Up until 2012–13, the trends were encouraging, declining for all groups. However, the proportion of registrars and HMOs’ working 50 or more hours appears to be creeping back up since 2013. It will be pertinent to watch this trend in subsequent years to determine why this is occurring despite the raised awareness of the need for safe hours.

Although counter-intuitive, it may be that oversupply of medical graduates could be causing heightened competition for accredited training places, which may encourage longer hours seen by superiors as a signal of commitment. These doctors, eager to impress and desperate to maintain an accredited place, may feel obligated or pressured to work beyond their quota. Registrars could feel unable to refuse extra work; for example, when asked to attend early morning ward rounds, to stay late to finish procedures or paperwork, to hand over fewer tasks to colleagues, or even to assist their boss in private practice.

Differences by gender and family circumstances are also relevant in identifying which types of doctors are working longer hours: 35% of male and 19% of female doctors work 50 or more hours per week (Figure 4).

We know female doctors work fewer hours than men across all age groups and this is most likely attributable to family commitments. Findings from a recent article based on MABEL data show that female GPs and specialists work significantly shorter hours than males (female GPs 33 h/week, female specialists 37 h, male GPs 45 h, male specialists 47 h). Females who have children under 4 years of age work approximately 11 hours fewer than female doctors without any children. The same goes for males, but to a far lesser degree (male GPs with children aged < 4 years work 4.5 hours fewer than their childless counterparts, male specialists 1.5 hours fewer).

Doctors-in-training, more likely younger and single, may delay having families until they complete their post-graduate training, which probably translates to them working more. Part-time positions for specialty trainees are limited and women may feel their career prospects are jeopardised by maternity leave and training part-time.

But how do doctors feel about these trends? MABEL also asks doctors about job satisfaction and work–life balance. Doctors are asked to agree or not with the statement: “The balance between my personal and professional commitments is about right”. Irrespective of gender, those working 50 or more hours per week are significantly less likely to agree (Figure 5).

Figure 5. Proportion of doctors who agreed that “The balance between my personal and professional commitments is about right,” by gender and weekly work hours (* indicates the trend is statistically significant). Source: MABEL survey 2008–16.

These findings support the notion that 50 hours per week are a useful threshold over which most doctors perceive detrimental effects on their work–life balance.

In other words, doctors who work longer hours also perceive an increased workload within those hours. This important information gives insight into potentially modifiable workplace factors. If certain tasks can be delegated to other health professionals, freeing up doctors’ work time, it might aid in preventing fatigue and burnout. This may sound like an obvious solution, but strong professional boundaries make skill mix changes and task delegation difficult, especially in an era of medical workforce oversupply.

From MABEL data, we can see that over 9 years, doctors work hours have reduced overall to safer levels. However, doctors-in-training, especially specialty registrars, continue to work the longest hours, which have slowly crept up in recent years. Whether this is related to workforce changes, namely more graduates and competition, or higher age at graduation, remains to be seen. Males work longer hours than females, who continue to have more family commitments. Dissatisfaction with work–life balance, work hours and overall job satisfaction is significantly more prevalent in individuals who work over 50 hours per week.

This serves as a warning in terms of predisposition to fatigue and the risk of burnout, development of mental illness and suicide. Research on the relationship between long working hours with medical errors, complaints, patient satisfaction and health outcomes, as well as with doctor’s mental health and wellbeing, would provide more solid evidence on what constitutes hours that are safe for both patients and doctors.

This article used data from the MABEL longitudinal survey of doctors conducted by the University of Melbourne and Monash University (the MABEL research team). Funding for MABEL comes from the National Health and Medical Research Council (Health Services Research Grant: 2008–2011; and Centre for Research Excellence in Medical Workforce Dynamics: 2012–2017) with additional support from the Department of Health (in 2008) and Health Workforce Australia (in 2013). The MABEL research team bears no responsibility for how the data have been analysed, used or summarised in this article.

On average, how many hours per week do you work?

5 thoughts on “MABEL: doctors shouldn’t work in excess of 50 hours per week”