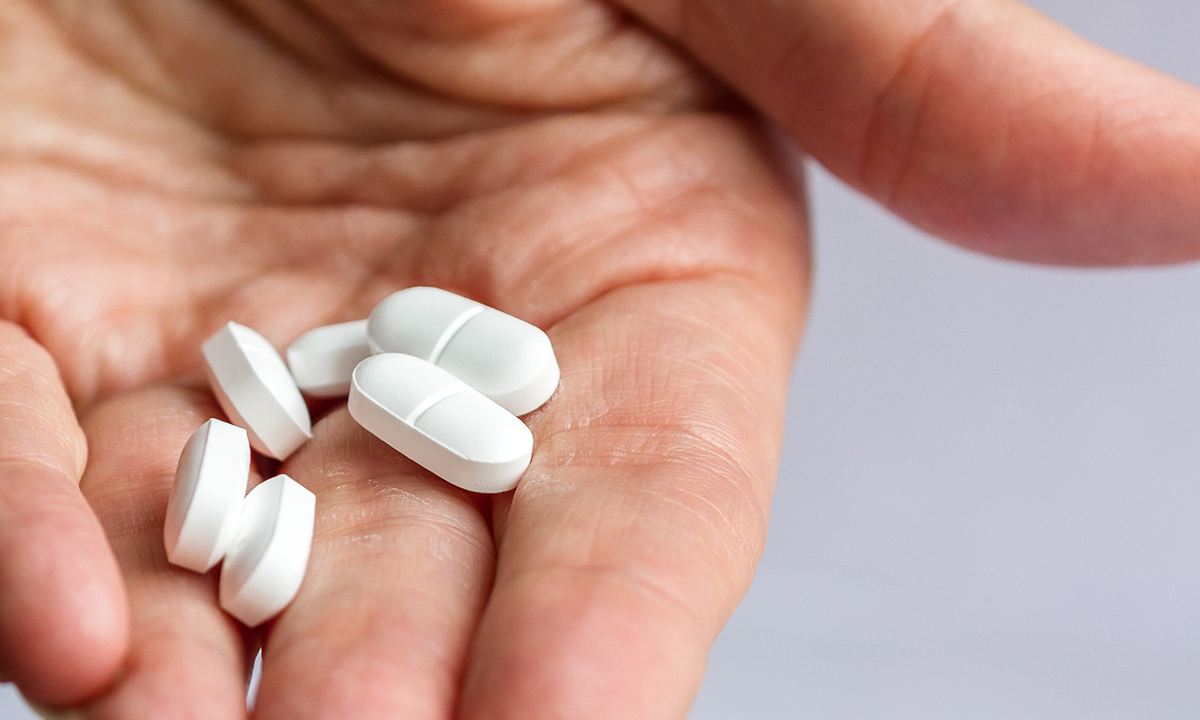 THE extent of the Australian community’s problem with codeine dependency will reveal itself over the coming months as the full effect of this month’s rescheduling of the drug to prescription-only is felt.

Dr Hester Wilson, Chair of the Royal Australian College of General Practitioners Addiction Medicine Network, said that she was not sure there would be a “tsunami of people seeking help” for codeine dependency, as some had predicted. But, she said, there would be a range of patient responses to the regulatory change.

She said that many people will be able to easily transition to using safer, more effective over-the-counter analgesic products, while others may have more difficulty.

“Some people have been taking 40–60 tablets a day, [and subsequently] having to race around to various pharmacies to get access to the medicines and having significant side effects from them, including gastric bleeds and liver and kidney issues, and also becoming dependent,” she said.

Writing in the MJA this week, researchers from the National Drug and Alcohol Research Centre at UNSW Sydney, reported the findings of a systematic review of 41 eligible studies on the identification and treatment of codeine dependence.

They said that doctors should be on alert for signs of opioid use disorder in patients.

“Careful questioning about recent patterns of use, the reasons for taking codeine, and withdrawal symptoms upon cessation may help identify when a patient should be comprehensively assessed for an opioid use disorder,” they wrote.

“Our review of codeine-dependent people indicates that approximately equal proportions of men and women are involved; their mean age is greater than for patients treated for problematic use of other opioids, the prevalence of mental health comorbidity is high, identification of dependence is often delayed, and patients experience serious complications [such as gastric bleeds] associated with excessive consumption of combination products that include codeine,” the authors wrote.

“In particular, buprenorphine treatment undertaken according to current guidelines was commonly described,” they wrote.

“Studies of opioid taper found that relapse was common (consistent with taper for opioid dependence in general). Taken together, the treatment studies and case reports provide evidence that opioid agonist treatments, combined with psychosocial adjuncts, may be suitable and acceptable to patients. The evidence, albeit low in quality, indicates that positive treatment outcomes could be achieved with these approaches.”

“People are quite embarrassed or ashamed to have developed a problem with a pharmaceutical medication, particularly an over-the-counter one. So, I think when we look at our treatment data, that’s likely to be the tip of the iceberg, because many people try to manage it themselves or don’t seek help,” Dr Nielsen said in an MJA InSight podcast.

Dr Wilson said that the rescheduling of codeine provided GPs with the opportunity to help patients who had developed problems with codeine.

“It’s a chance for us GPs to help people who are having trouble with codeine and are at risk of really significant harm,” Dr Wilson said. “And it’s also a chance to actually diagnose [underlying clinical issues] and consider what are safe and effective treatments for the individual’s particular issues.

“My concern is that we will see some people just being given bigger doses of codeine, which don’t actually address the complexities of some of the issues.”

Dr Wilson said that aside from its potential to cause harm, codeine was “not a great opioid”. She said it was a prodrug that was metabolised to morphine, but patient responses varied.

“If you’re thinking that a patient has enough pain that they need morphine, don’t treat them with a drug that you don’t know quite what it’s going to do.”

Dr Matthew Frei, Clinical Director of Turning Point, Eastern Health, said that there was growing awareness of the broad impact of codeine dependency in the community.

“Codeine dependency doesn’t discriminate. You don’t have to be someone who has been in and out of jail, living in the criminal underworld to be an opioid dependent person,” he said, adding that it could be a 40-year-old woman, working part-time and living in suburbia who could develop a codeine dependence.

Dr Frei said that he also hoped that the rescheduling would encourage more GPs and pharmacists to get involved in managing opioid dependency with drugs such as buprenorphine and naloxone.

“The silver lining in this process is that it will hopefully encourage more GPs and pharmacists to get involved in opioid treatment,” he said.

While Dr Frei acknowledged the many competing demands in primary care, he said that, with support, GPs could become more involved with management.

“It will require something of a culture change, and is a fairly big step for many GPs,” Dr Frei said.

Dr Nielsen agreed that patients with codeine dependency could often be effectively managed in the primary care setting.

However, Dr Wilson said that many unanswered questions remained about how GPs would manage patients with codeine dependency in the primary care setting.

“For the vast majority of GPs, managing opioid dependence is not seen as part of what they do, it’s seen as more specialist management,” she said, adding that time and funding limitations in primary care also restricted GPs’ involvement in the management of codeine and other opioid dependency.

Dr Wilson said that there were guideline changes in the pipeline in NSW which would allow GPs to commence patients on buprenorphine or naloxone, and GPs in South Australia were already doing this.

But, she said, greater support was needed.

“We are not going to have GPs knocking on the door and wanting to do this work, unless they have support from the drug and alcohol setting. We need to be able to step up and provide that support for GPs,” said Dr Wilson, noting that efforts were underway to provide better support for GPs, including initiatives by Primary Health Networks.

“There is good work happening in that space, and drug and alcohol services are attempting to respond to these initiatives, and work with their Primary Health Networks to better manage opioid dependency.”

9 thoughts on “Hidden codeine dependency set to reveal itself”