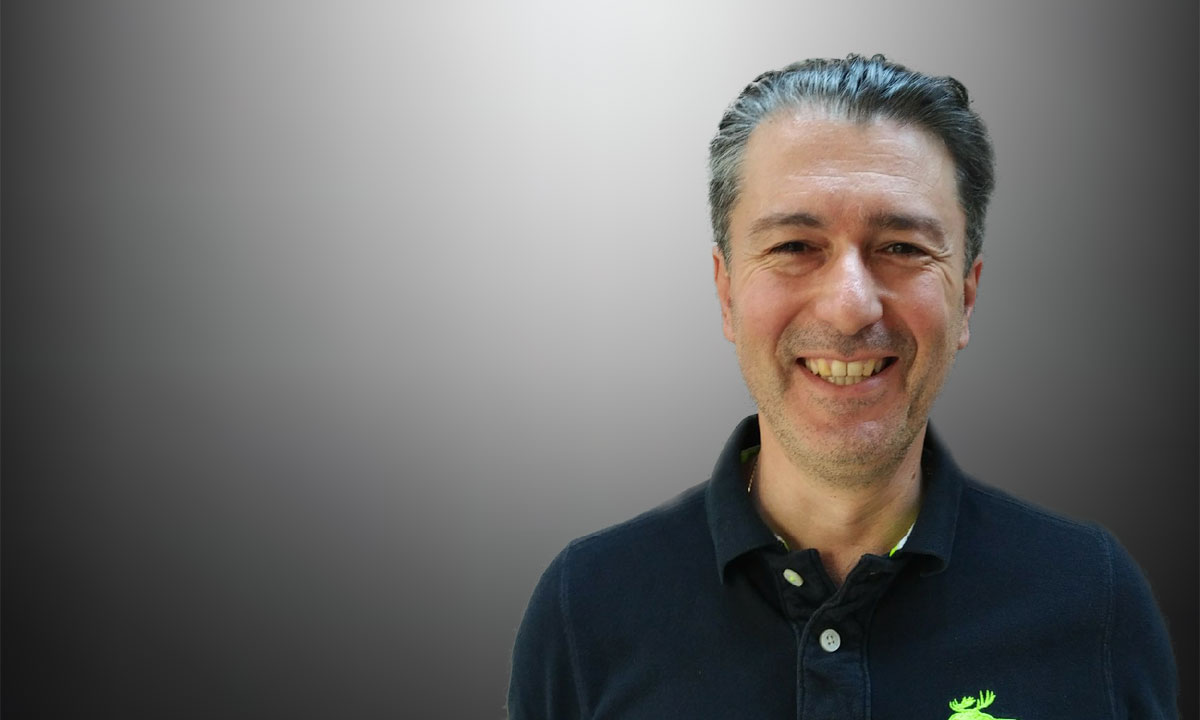 AROUND this time of year, Health Minister Greg Hunt will be donning his red suit, growing a beard and occupying his ice castle deep in the Australian Antarctic Territories. Meanwhile, patients, clinicians, health academics and health administrators from all around the country will be sending Santa Greg their Christmas wishes.

After the Queensland and Victorian state elections, and with the New South Wales and federal elections not far away, Santa Greg and his helpers will be particularly keen on making the 2018 Christmas full of cheer!

With that in mind, here are my requests for the 12 days of Christmas.

Introducing a voluntary patient copayment by the GP would, in one step, be revolutionary and immediately beneficial. I emphasise the word “voluntary”.

Unshackled from the current miserly, poorly indexed, suffocating Medicare rebate that GPs receive for consultations of $37.60, practices (especially general practices) would be likely to be more confident about being innovative, more inclined to invest, more inclined to offer a range of procedures and more inclined to hire additional staff.

By paying even a modest amount – patients at non-bulk-billing GPs usually pay $12.40 out of pocket – patients become more aware and interested in what is being provided, and shall seek value. Healthy competition would develop between practices, which does not currently exist.

Importantly, this would also relieve the pressure on GPs to see so many patients, and to pump out lucrative care plans and health assessments. Wouldn’t it be nice to see Enhanced Primary Care items live up to their name, rather than be the oxygen masks of general practice financial viability?

Too much, too quickly.

There are political points to be scored by opening up medical schools and by granting families the opportunities to have doctors in the family.

However, if the politicians want to open the floodgates in this way, it is only fair to not sell the medical students a lie. Who is to deliver the training? Where are the funded training positions?

Medical schools bring in significant revenue and status for the universities. But do we have enough teachers, academics and researchers in Australia to run 20 quality medical faculties?

Care plans are expensive – they cost the taxpayer $250–$300 depending on pensioner status or Department of Veterans Affairs etc – and time-consuming. They create perverse incentives for GPs and allied health practitioners. For the GP, it’s an easy $250 and it is saving money for the patient. But allied health practitioners are well known for pushing patients to GPs because they perceive more business will come back to them that way. Care plans are massively distracting for GPs already buried under a mountain of paperwork.

It would almost certainly be cheaper and easier if every Australian, regardless of state of health, were given open access to five subsided allied health visits per calendar year.

Santa Greg should reconsider the best way to allow all Australians to access the allied health services they need, without the need for GPs to complete so much unnecessary paperwork.

Another year goes by and the massive investment government makes in health IT has little to show for itself.

My Health Record is moving to opt-out to justify the investment already made and to increase participation; yet this won’t guarantee its success, as it still relies on clinicians and patients sharing data.

Software providers can still sell to practices while clinicians cannot get one system to talk to another, even when it comes to secure messaging.

If Gmail emails could not talk to Yahoo and Hotmail, alarm bells would ring and it would be fixed. Not so in health secure messaging, it seems.

Call in the Microsoft founder, Santa Greg. He’ll fix it in less than a week.

Golden rings: scrap the 80/20 rule or at least make it fair

The section of the website of the Department of Health which deals with Prescribed Pattern of Services states:

“A GP or [other medical practitioner] engages in inappropriate practice if they have rendered or initiated 80 or more professional attendance services on each of 20 or more days in a 12-month period (known as a ‘prescribed pattern of services’). This is commonly referred to as the ‘80/20 rule’ … If you exceed the 80/20 level of servicing, you will be reviewed under the Practitioner Review Program.”

In the context of the above, “other medical practitioner” means a non-vocationally registered GP.

There is no question that seeing 80 patients is too much, but it happens sometimes – think of flu season, when a GP can be seeing endless patients for a flu vaccination with each consultation only 2–3 minutes long, along with all their other patients.

Why should GPs be singled out by this rule? I know of fracture clinics where orthopaedic specialists are putting their hands on many patients a day; dermatologists who are seeing 70–80 patients a day.

This rule singles out general practice work. If you’re a specialist in a different discipline or in allied health, this rule does not apply.

Such discrimination against one type of doctor should not be tolerated. Seeing 80 patients a day more than 20 times in 12 months isn’t good medicine, but this rule is either good enough for everyone or should be scrapped.

Geese a-laying: send the states to the naughty corner for cost shifting

It appears that more and more activity in the public hospitals – supposedly funded by the states – is somehow billed to Medicare.

I am sure that there’s a lot of fine print exchanged in the Council of Australian Governments backroom deals to cover this, but for those of us on the ground, it’s a festering sore that hasn’t healed in 40 years.

The problem is that it is the GP who becomes vulnerable and risks getting pinged for ordering too many tests. Send them to the naughty corner – fine them or withhold the hospital’s funding until they play by the rules.

The two messages don’t add up. If the bulk billing rate is so high, how is it that we also hear that finding bulk billing doctors is so hard?

How about a gift of a communiqué to doctors from the Minister with the bulk-billing rates spelled out transparently, across item numbers and with a geographical spread?

Private practices owned by doctors are like goldfish in shark- and crocodile-infested murky waters. The corporate sharks gobble up whatever practices they can sink their teeth into. First, they make the private practices weak by circling with their bulk-billing, vertically integrated corporate models. Then, after weakening their prey, they gobble up the private practices. If a Primary Health Care or an Independent Practitioner Network medical centre sets up down the street from your GP practice, they’re going to ruin you.

The government makes the waters murkier by the day with multiplying red tape, worsening compliance and stagnant Medicare rebates.

And the health funds are the crocodiles that can hurt all and sundry with their vast sums of capital, ferocious lobbying — particularly with this Coalition government — and jaws that can even kill the sharks. They are political players, for-profit, and reap huge benefits from their relationships with governments.

If private practice is to be preserved in Australia, with all the diversity, skills and flexibility it brings, it needs to be nurtured and supported in this wild environment.

Santa Greg could consider tax breaks, better incentives to employ, and better item numbers for smaller practices. As long as existing incentives (retention grants, relocation grants, the Practice Incentives Program etc) can also be utilised by government- and corporate-funded practices, smaller practices are going to be disadvantaged. Government-funded clinics, for example, don’t have payroll tax to pay. This is why, in my experiences, more and more young doctors are happy to not run their own practices. The red tape is a nightmare for small practices.

Perhaps Santa Greg should restrict such incentives to smaller practices. The playing field is far from level and private practice needs to get a fair go.

The locum market is out of control. Just do an internet search of the locum agency sites and you’ll see what I mean.

Prices have reached the point where locums are now out of reach for private practices; only the government can afford them because the government is willing to hire them at a loss.

As a practice-owning GP, I can tell you that to get a locum GP for the day costs $1200–$2500. Specialists are usually $2000+. The problem is that on top of those fees are agency commissions, travel and accommodation. In my experience, given an average GP only bills $1200–$1800 for an average day’s work (note: before practice expenses and taxes deducted), practice owners are better off shutting the door than hiring a locum.

Despite the high prices, hospitals and government GP clinics are still crying out for locums and, from my personal observations, often cannot get them.

Until hospital salaries, Medicare rebates and general conditions catch up to reasonable levels, this problem is only likely to get worse.

Lords a-leaping: stop propping up health bureaucracies that should be wound up

There is too much red tape in health; most agree on that. Organisations that supposedly are there to help inevitably produce paperwork and compliance procedures that slow down clinicians.

To expand on my Day 10 wish, I ask Santa Greg to give some thought to the Primary Health Networks (PHNs) (formerly known as Medicare Locals and Divisions). PHNs are solutions in search of problems.

Imagining a GP landscape without PHNs would not be hard for the 99% of GPs not on PHN payrolls.

This may change if Santa Greg mandates PHN roles in how practices report, comply and access various government schemes. Such schemes may include Health Care Homes, the Practice Incentives Program and vaccination programs.

Santa Greg could save a lot of money by divesting rather than investing in PHNs. This cash could go into the Medicare GP rebate to help raise it above the current pitifully low level.

It’s hard for doctors to identify with a medical board that is not headed by a medical practitioner. We wouldn’t expect the Attorney General or Chief Justice to be anyone other than a lawyer.

Medicine is a very complex, diverse profession; accordingly, it’s impossible for someone not trained in medicine to lead a medical board effectively.

In summary, Santa Greg, I’ve been a very good GP in 2018, and if you could please just give me these 12 things for Christmas, I know Australia will be a healthier country in 2019. I wish all MJA InSight readers a wonderful Christmas and prosperous, healthy 2019. Thanks for all your comments and encouragement in 2018!