Explainer: hospital funding in a nutshell 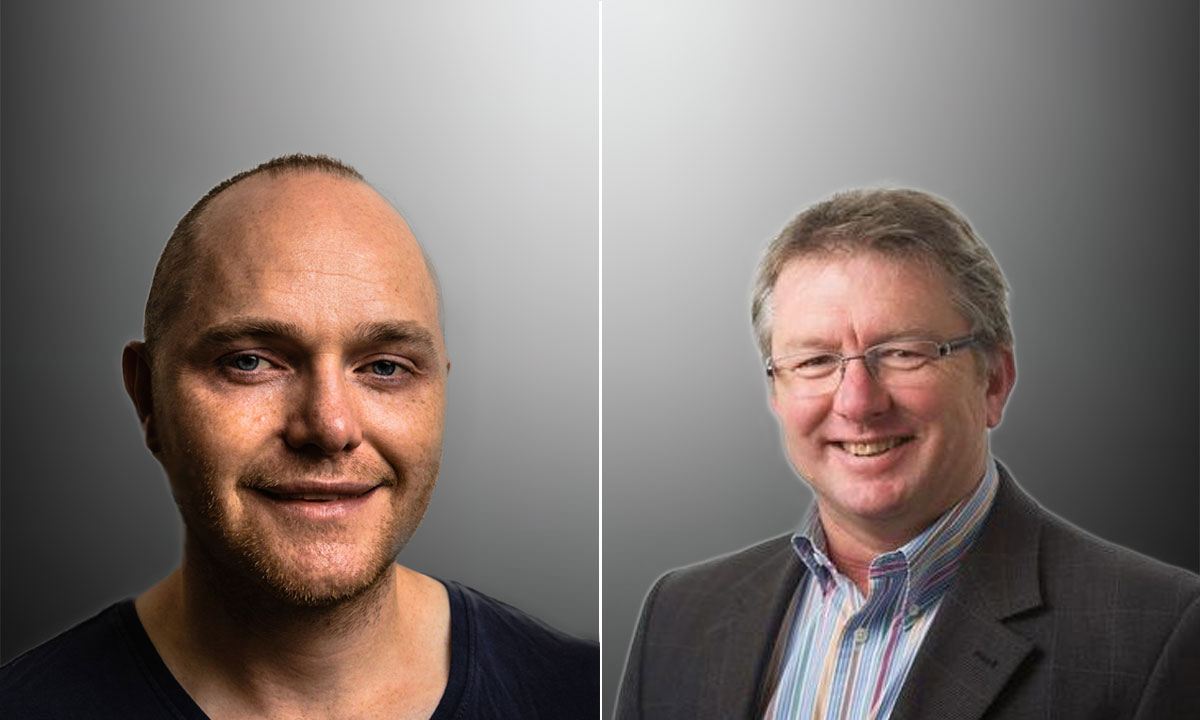 NEIGHBOURING hospitals across Australia are now grouped into networks, whose acronyms vary from state to state, but typically called Local Health Networks (LHNs) or Local Health Districts. One commonality for all is that, for every admission, there is a hefty cost – with a need to pay for medicines, staff wages, catering, pathology, electricity and so on. Across Australia currently, acute hospital beds cost close to $2000 per day per patient – if we include very expensive admissions (such as to intensive care). Meanwhile, non-ICU beds in acute hospitals cost at least $1500 per day.

Who pays for this? In short, we all do. On our behalf as managers of public health systems, state or territory health departments sign agreements with LHNs, denoting that the state is the “purchaser” (funding public health care services for its citizens) and the LHN is the “service provider” (examples can be found here and here).

Given the impact of health care costs for each state, the Commonwealth government reimburses the states approximately 45% of their overall costs – with the balance paid for by the states from their own budget. Similar reimbursement to states derives from sources including work-injury schemes, out-of-pocket payments, and private insurers.

This system, in which the Commonwealth contributes to the payment for state-funded care in most large Australian hospitals, is known as activity-based funding (ABF), and has been established in a number of states for many years.

So how does it work?

In short, as opposed to the Commonwealth simply giving large state hospitals lump sums or blocks of funding to be spent as seen fit (as may happen for smaller hospitals), ABF is based on reimbursement for actual work done by the LHN each year, reflecting that some diagnoses cost more to care for than others.

Regarding diagnoses – but steering clear of fine detail for the sake of clarity – every time a patient is discharged from an acute hospital, case notes are analysed, codifying what transpired on the wards into so-called International Classification of Diseases (ICD) codes. There may be several for each admission (Figure 1).

From there, numerous ICD codes – both primary and secondary diagnoses, and complications – are fed into a program called a “grouper”, alongside the patient’s age and sex and procedures completed. This program crystallises all such information into one single principal code called a diagnosis-related group (DRG). There are more than 800 possible DRGs, and each one represents an attempt to broadly depict cases with similar hospital resource use (Figure 1).

Figure 1. International Classification of Diseases, 10th edition, codes following an admission with an injurious fall complicating acute secondary parkinsonism, itself secondary to use of trifluoperazine, on top of multimorbidity

So how do diagnosis-related groups link to payments from the Commonwealth?

In short, it depends on the complexity of the case and on how long the patient stayed in hospital.

For admissions (DRGs) of average complexity – neither simple nor complex – the Commonwealth reimburses the states approximately $5000. This is called the “national efficient price” (NEP), a dynamic value that typically increases each year, reflecting the continually rising cost of health care. Some simple low activity admissions, such as a bronchoscopy day-case (DRG E42C), attract only a fraction of this payment ($2000, a weighting factor of 0.4). Meanwhile, complicated high activity admissions – such as routine coronary artery bypass surgery (DRG F06B) may attract multiples of this price ($26 000, a weighting factor of 5.3). Unwieldy acronyms are used to describe this relative weighting of case complexity for specific presentations; in Victoria, the weighting for complexity has long been called a WIES, while elsewhere the equivalent is called an NWAU.

However, payment in this manner is conditional on the patient being “typical” in terms of the length of stay (LOS) commonly expected for the case in question – in other words, an “inlier”. Each DRG is assigned a range of relatively normal LOS, centred around the mean. Very short admissions (less than one-third of the mean average LOS for a particular DRG) are funded at a lower level.

Let’s imagine Mrs Smith, with a complex fractured neck of femur (DRG I78A), is admitted to a public hospital.

The state government’s health department will ultimately pay the bill for her hospital costs; however, the Commonwealth will reimburse the state approximately $9000 as their fair share for the overall cost. This amount is based on the fact that a complicated femoral neck fracture has a complexity weighting (NWAU) of 1.9. This is multiplied by the NEP of $5000 (ie, 1.9 x $5000 = $9000).

Meanwhile, in the hospital involved, let’s imagine it costs $1500 per day as she occupies the bed, taking into account the cost accrued around her (medications, cleaning, wages, building maintenance, radiology etc). From the state perspective, this means that, in effect, if she stays for 6 days (at $1500 each), the admission will be fully reimbursed by the Commonwealth (6 x $1500 = $9000); further, if the admission is even shorter, it may even make a relative profit for the state. Contrastingly, if something unexpectedly prolongs her stay, for every day that she occupies the bed past Day 6, the state has to find $1500 on her behalf.

This all assumes, meanwhile, that Mrs Smith is an inlier – noting that the payment of $9000 is conditional on her LOS being “typical”. The national average for her DRG is just under 8 days – and for her to be an inlier, her LOS must be between 2.5–24 days. Although a relative profit can be made by a brief LOS, if the hospital is so well organised that it is able to discharge Mrs Smith from hospital after only 1.5 days, perversely, it is likely to lose money under this model, as she becomes an outlier for LOS (outside 2.5–24 days), and thus the good inlier price of $9000 no longer applies. In her case, an ideal LOS may be, say, 4 days. In that instance, the hospital has only spent $6000 (4 days x $1500 per day), yet the state receives $9000 irrespective (Figure 2).

With all this in mind, it is easy to see why state health departments place great emphasis on the “right” LOS in acute hospitals: neither too short (to become a short stay outlier, in which case income is reduced), nor too long (in which case daily bed costs of, say, $1500 daily outstrip the weighted NEP-based reimbursement).

Clearly, a relatively short (yet inlier) LOS is just right in financial terms. This transpires either by discharging the patient early, with perhaps only the acute event managed, or by managing the case in its entirety but more efficiently and effectively (ie, with high quality from the outset – which is another whole topic in its own right).

This point is very important. The only meta-analysis of ABF principles worldwide in 2014 found that ABF funding models – inherently promoting “short LOS” – provide a “powerful incentive to discharge patients not yet medically stable enough to leave the health care system entirely”. The authors noted a 24% relative increase in discharge to post-acute destinations such as subacute rehabilitation hospitals or home-based geriatric services. It was not entirely clear whether this pressure to move patients on quickly resulted in deleterious outcomes, but at a local level, this is almost certainly dependent on the relative availability of subacute beds or community services, and whether these are staffed with genuinely specialised clinicians who rove in and out of the bigger acute hospitals as mobile specialists. Unfortunately, the availability of subacute inpatient geriatric evaluation and management (GEM) beds for geriatric patients varies wildly across Australia; however, it is interesting to note that Victoria (after 25 years of ABF adoption) has the among the lowest cost hospitals in the nation, yet has relatively more GEM beds than in most other jurisdictions.

Notwithstanding, a question stemming from all of this is: “If state-run hospitals are paid for ‘activity’, shouldn’t we just admit patients liberally to attract Commonwealth reimbursement? Isn’t there an incentive to admit people repeatedly and often?”

The answer to this, though, is no. The Commonwealth places a cap on ABF funding, curtailing the ability of states to be entitled to unchecked growth of reimbursements (the cap specifies that states cannot receive any more than up to 6.5% more than they did the previous year).

Passing this down the line, within the annual agreement that states sign with their hospital networks, there is likely to be a cap placed on the amount that the LHN can spend each year without attracting adverse scrutiny. This may translate into a similar cap on the number of acute admissions and the DRG mix deemed to be acceptable in one year. The importance of this is that it stops health networks from reckless or cavalier spending of the public’s money, and provides a counterpoint to the idea that there is a bottomless pit to fund care.

Are there funding penalties when things go wrong?

In recent times, the Independent Hospital Pricing Authority (IHPA) has, with the agreement of the states and territories, required that hospitals be penalised financially if one of three forms of adverse outcomes occur. A list of clinician-agreed conditions has been promulgated for each of these; these include “sentinel events” (eg, inpatient suicide), “hospital-acquired complications (HACs)” (eg, return to theatre, aspiration pneumonitis, inpatient falls) and “avoidable readmissions” (eg, return with venous thromboembolism within 90 days).

If a sentinel event occurs, the hospital may receive no ABF for the relevant patient. This penalty has been in situ for nearly 18 months now. Meanwhile, adjustments to ABF specifically for HACs and readmissions are not yet finalised by the states. In any case, jurisdictions are applying this general penalty policy quite variably, and some writers have argued that the policy will not truly penalise states in any meaningful way (here and here).

So what are we left with?

There is a lot of juggling going on to get a perfect balance between competing forces. Acute public hospitals are now funded (or penalised) in such a way as to drive efficiency – that is, providing the highest quality diagnostic and therapeutic care as quickly as possible, and free of avoidable complications (though the practicality of this has been questioned). Hospitals are incentivised to achieve “flow”, moving patients on to subacute beds or services when able – but this may generate a “tension” between LOS and safety or quality of care.

We hope this overview helps to make understanding of this daunting topic a little easier.

One thought on “Explainer: hospital funding in a nutshell”