Children and climate change: no time for games 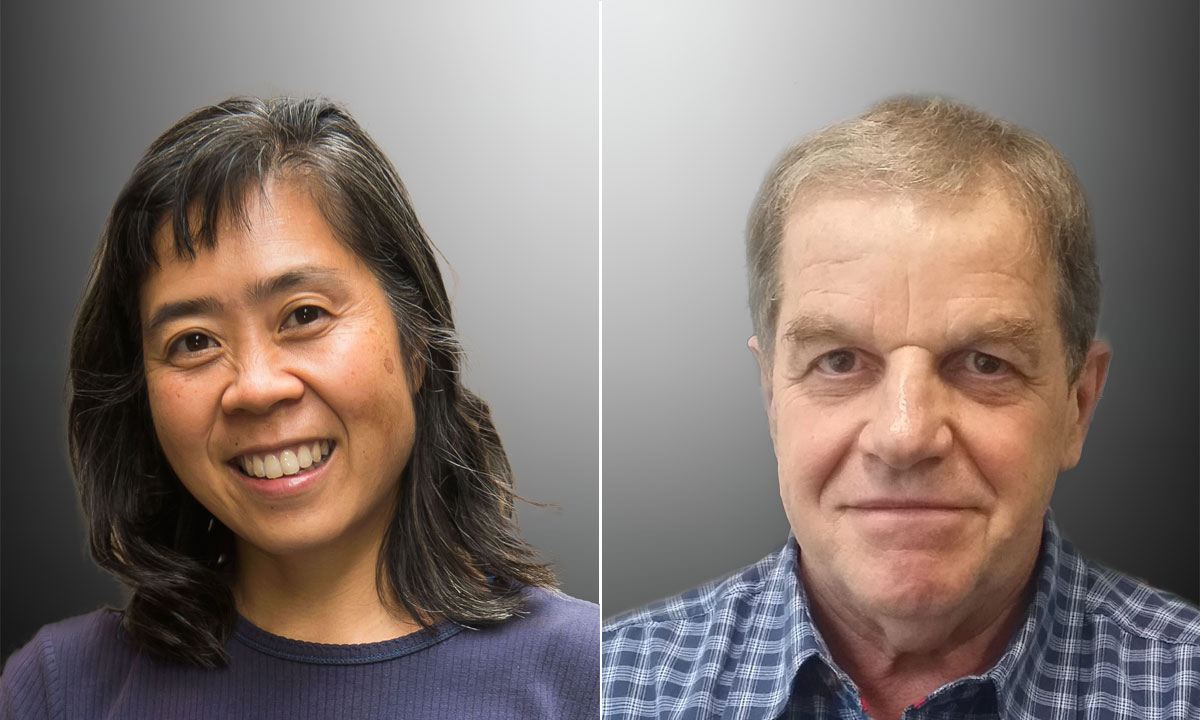 “We’re running the most dangerous experiment in history right now, which is to see how much carbon dioxide the atmosphere can handle before there is an environmental catastrophe.” (22 April 2013, Elon Musk)

CLIMATE change has been labelled by The Lancet as “the biggest global health threat of the 21st century,” with risks specific to children’s health well documented for almost 20 years. Last week, thousands of students across Australia walked out of class and marched in capital cities to assert their right to health and a healthy environment, demanding action on climate change.

The recently released Intergovernmental Panel on Climate Change (IPCC) report is alarming. Human activities have already caused a 1oC increase in average global temperature since pre-industrial times, with widespread impacts on natural and human systems already being observed. The IPCC has now dialled back its previously recommended “safe” threshold of 2oC warming to a more stringent 1.5oC, citing that several hundreds of millions more people will live in climate-related poverty if this is exceeded. With our current trajectory leading us to over 3 degrees Celsius of warming, achieving this new target will require deep decarbonisation of the global economy, reaching zero net emissions by 2050, the report said. Of note, Australia has the highest per capita emission rate among all of the Organisation for Economic Co-operation and Development (OECD) countries and is the 16th highest greenhouse gas emitter in the world (Garnaut 2008, Climate Change Authority 2014, International Energy Agency Energy Atlas 2018).

Climate change and the health of children

Despite a highly developed health care system, Australian children are vulnerable to many of these impacts. Australia itself is one of the most climate-vulnerable countries of the developed world, with the largest percentage rise of death attributable to extreme weather events in the OECD over the past 20 years. Excessive temperatures and heatwaves have been responsible for six to 25-fold increased rate of paediatric emergency department (ED) presentations for asthma, bacterial and viral gastroenteritis and dehydration (Lam, 2007; Xu et al, 2014), and up to double the risk of premature birth during pregnancy (Wang et al 2013, Strand et al 2012, Mathew et al 2017). Extreme temperatures also affect children’s (and adults’) ability to engage in outdoor activities and exercise (further exacerbating Australia’s obesity epidemic), and is also associated with decreased learning and poorer exam scores at school.

Asthma is the most common long term medical condition among Australian children, with one in nine children having the disease (Australian Institute of Health and Welfare 2009, AIHW 2011). Its increasing prevalence may be partly explained by higher concentrations of environmental allergens as well as outdoor air pollution, both of which are tied to global warming. Fossil fuel-generated air pollution causes an estimated 1250 ED presentations or hospital admissions for childhood asthma or respiratory illness annually in Australia’s four biggest cities alone. Traffic-related air pollution is associated with reduced fetal growth, low birth weight, slower attainment of developmental milestones and reduced cognitive function (Sunyer et al 2015, Grineski et al 2016). Children in prams, closer to vehicle-exhaust level, are exposed to up to 60% more traffic-related air pollution compared with adults.

Increasingly, climate volatility is already having a significant effect on food prices, production, quality and availability in Australia, which is facing its smallest winter crop of wheat and pulses in 10 years. Globally, the WHO and the International Food Policy Research Institute (IFPRI) predict that an additional 25 million or more children will be undernourished, with 95 000 additional child deaths annually by 2030–2050 due to malnutrition (Lloyd et al 2011, IFPRI 2009, Hale et al 2014).

The WHO also anticipates an additional 48 000 deaths globally from diarrhoea annually by 2030–2050, mostly in children. In Australia, hospital admissions for diarrhoeal illness are predicted to increase by 10% among Indigenous children living in central Australia, and cases of food-borne bacterial gastroenteritis (eg, Salmonella, Campylobacter and Escherichia coli) will increase up to 60% by 2050.

The risk of vector-borne diseases such as dengue, Ross River virus, Barmah Forest virus, Murray Valley encephalitis and Australian bat lyssavirus is also expected to increase or vary from their current geographic distributions due to changes in temperature, precipitation and humidity, leading to possible increases of encephalitis and systemic illness.

Climate change amplifies inequity, so people already at greater risk of ill-health are likely to suffer disproportionately the negative health consequences compared with those who are better resourced. Aboriginal and Torres Strait Islander communities face continued significant health inequities, brought to prominence by Australia’s Closing the Gap campaign. Lower socio-economic conditions, poorer access to health services, and stronger traditional and cultural ties to the land and natural environment (ie, connection to country) make Aboriginal and Torres Strait Islander communities uniquely vulnerable to the impacts of climate change (Green and Minchin 2014, Bowles 2015). Similarly, rural, regional and remote communities (particularly the agricultural and mining industries) rely more heavily on the land and natural environment for their livelihoods compared with those living in cities, so those living in these areas (including children) are more likely to be exposed to increasing climatic risks and their consequences.

Children face the biggest climate change-related injustice – a transgression of intergenerational equity. They are more vulnerable to their surrounding environment and are less able to cope with its physical and psychological stresses and harms. Children are the least responsible for greenhouse gas emissions and are least able to influence action on climate change, and yet, they will be exposed to its impacts for the duration of their lifetimes. Not only do children have the most to lose in terms of present and future health and quality of life, but they will also inherit a world that has been diminished in terms of resources, safety and opportunity unless effective swift action is taken to address our climate change emergency and protect their future.

What the health profession is already doing

Health and medical organisations in Australia and worldwide have started to take action. In Australia, the Australian Medical Association (AMA), the Royal Australasian College of Physicians and the Royal Australasian College of Surgeons have all issued statements recognising climate change as a threat to human health and calling for action. The Council of Presidents of Medical Colleges distributed the communiqué Managing and responding to climate risks in healthcare earlier in 2018, endorsed by 11 medical colleges. The Climate and Health Alliance has developed the comprehensive Framework for a national strategy on climate, health and wellbeing for Australia. Similar initiatives have been undertaken globally by other distinguished medical organisations, particularly in the United States, Canada and the United Kingdom.

However, much more rapid and urgent mobilisation is needed if we are to escape global warming’s worst consequences. We must capitalise on the significant health cobenefits of tackling climate change, recognising that decreasing our fossil fuel dependence, encouraging active transport, and decreasing our red meat intake will measurably decrease the incidence and cost (in both health and economic terms) of air pollution-related illness, obesity, diabetes, cardiovascular disease and certain cancers. The health care sector in Australia is extremely energy- and resource-intensive and is responsible for 7% of Australia’s total greenhouse gas emissions. Greening our hospitals is an achievable goal.

Finally, along with personal actions to reduce carbon pollution, in the name of preserving health, we must advocate personally and professionally for more aggressive climate action and strongly support the actions of the AMA and medical colleges.

Doctors for the Environment Australia, a peak medical organisation addressing climate change and its impacts on health, is launching an urgent children’s health awareness campaign – No Time for Games: protecting children’s health in a changing climate – and is asking all health professionals (nurses, doctors, allied health practitioners, medical students) across Australia to support the No Time for Games pledge. Health professionals are well placed to use their knowledge and standing to advocate for policies that protect health. This campaign is supported by the RACP and the AMA.

To protect the health of current and future generations of children, we must avoid the widespread, severe and irreversible impacts of climate change. We are responding to that call and ask you, personally and professionally, to join us and take this pledge to support:

Dr Karen Kiang is a Paediatrics Advanced Trainee in Melbourne, with special interests in international child health, refugee and asylum seeker health, climate change and hospital sustainability. She is also a Victorian DEA member, and is a lecturer on the health effects of climate change on children.

Professor David Isaacs is Clinical Professor in Paediatric Infectious Diseases at the Children’s Hospital at Westmead and the University of Sydney. He has published over 400 papers, 25 humorous articles and 12 books, including (with his twin brother Stephen) a children’s book – The prickly pair. He is Editor-in-Chief of the Journal of Paediatrics and Child Health.

31 thoughts on “Children and climate change: no time for games”