The rise and rise of older drinkers 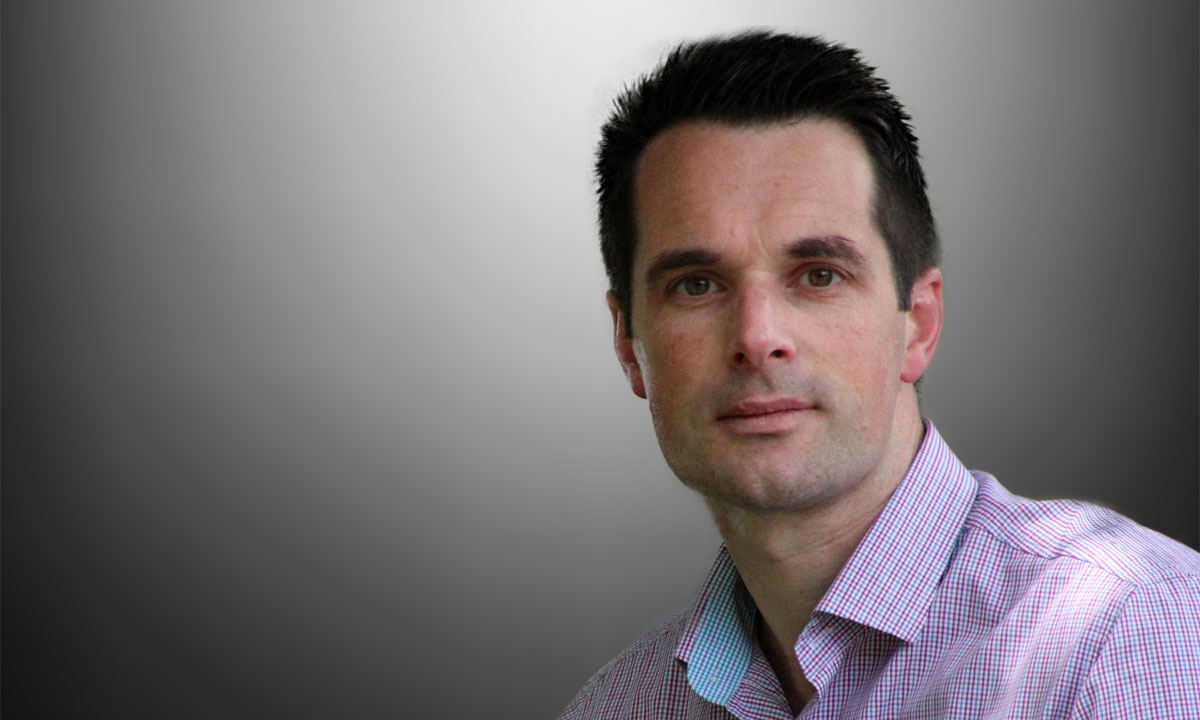 THE term “hazardous drinking” makes most of us think of 20-year-olds drinking a lot of cheap alcohol and causing mayhem in our streets and emergency rooms. But recent trends suggest that it’s also older adults that we should be concerned about.

The rate of hazardous drinking is rising rapidly in older adults worldwide, such as in the United States, the Netherlands and Sweden. This is matched by rising alcohol-related hospitalisations and deaths in older adults. An increase in older adult drinking is also evident in Australia and New Zealand. This has serious implications for our health systems, which are not designed to identify at-risk older drinkers nor to address their needs until their condition becomes critical.

How many older adults drink?

In 2018, alcohol consumption in Australia plunged to its lowest level in over 50 years, whereas New Zealand set records for alcohol sales. Despite this divergence, both countries share a common trend. Drinking rates in youth and young adults have fallen in both countries over the past decade, yet in Australia, older drinkers have not changed their drinking habits at all, and in New Zealand there has been a rise in hazardous drinking in older adults.

Research shows that Australians in their 60s are much more likely than younger Australians to binge drink multiple times per week. An exploration of risky drinking (ie, drinking above recommended weekly guidelines) in older Australians found that approximately 45% of older men and 30% of older women in the community were risky drinkers, and that 60% of these men did not understand what the low risk drinking levels were.

In combination, these findings highlight that the level and stability of drinking in older adults on both sides of the Tasman is of real concern.

Why should we be worried about older drinkers?

Older adults drink for many reasons, including for social enjoyment, leisure activities, reducing loneliness, and even for the perceived health benefits of alcohol. However, there are four clear reasons that we need to be concerned about how much and how often older adults drink.

Reason 1: There are no health benefits of moderate drinking for older adults.

A growing body of research shows that the presumed health benefits of moderate drinking are highly questionable. A recent New Zealand study of almost 3000 adults aged 50 and over showed no health benefits of drinking and that moderate drinkers were actually wealthy people who could afford healthier lifestyles. Further research from the United Kingdom shows that older adults reduce or stop drinking when they get ill, illustrating that good health is an “indicator” of drinking and not a product of it. Despite previous public guidance suggesting that red wine may be good for brain health, in the absence of any health benefit of drinking, health professionals need to explore to what extent drinking may be harming older patients.

The ability of our bodies to process and dilute alcohol diminishes with age, so the same amount of alcohol in a 30-year-old is likely to be more intoxicating for a 70-year-old. Such increases in intoxication can go unnoticed for routine drinkers but can lead to serious accidents. For example, the past 20 years have seen significant increases in ambulance attendances in Victoria involving alcohol intoxication for all ages, but the increase has been far greater for those aged 50–59 years.

Reason 3: The risk of alcohol–medications interactions increases with age.

Research highlights that between 21% and 35% of older drinkers also use alcohol-interactive medications, seriously increasing the risk of harm. Further, research on older drinkers in the UK found that self-medication with alcohol for health issues was common. A case series of more than 200 patients presenting to geriatric and aged care psychiatry wards and associated community services of a New South Wales metropolitan hospital (average age 81.9 years) found that nearly one in five patients screened positive for moderate to high risky alcohol use, some with comorbid benzodiazepine misuse.

Reason 4: Alcohol is a risk to brain health that we simply cannot ignore any longer.

Alcohol is an important, modifiable risk factor for cognitive impairment that we should target for dementia prevention campaigns. Research from Sydney established alcohol-related dementia to be the leading cause of young onset dementia (onset of symptoms before age 65 years), accounting for nearly 20% of cases. Additionally, a study following 1300 older women over a 20-year period reported that moderate drinking was not protective against dementia, and that women who increased their drinking over this time increased their risk of developing dementia.

What are the problems with identifying older drinkers in primary health care?

An editorial in International Psychogeriatrics offers a succinct outline of the critical social, governmental, organisational and individual factors that in combination ensure alcohol use is often undetected in older adults. From a primary health care view, there are three key factors undermining our ability to identify and manage older at-risk drinkers.

First, there is a general lack of awareness among health professionals in primary health care, community pharmacies, drug and alcohol, aged care and GPs about older adults’ alcohol use, as well as possible long term health impacts. Further, even when awareness exists, many are uncomfortable talking to older adults about alcohol. For example, a study on community pharmacists clearly identified that a lack of knowledge about alcohol guidelines and older adults drinking, and a lack of confidence all served as critical barriers to broaching the subject with older clients.

Second, current alcohol screening ignores the factors placing older adults at heightened risk. Current screening assumes that alcohol patterns alone (ie, drinking frequency, quantity and bingeing) are paramount risk factors. This works as a screening approach for healthy younger populations. However, current screening practices are actually missing some older drinkers who are at most risk of alcohol-related harm due to comorbid conditions, medication use and health issues that make even low level drinking potentially dangerous.

Third, older adults themselves can misreport their alcohol use. When talking to their GPs, many older adults under-report consumption, either because they are ashamed or because they assume they are at low risk (even when they are not) and lack insight into the risks that alcohol poses. In a recent (to be published) Australian study, Dr Adrienne Withall, from the University of New South Wales, and colleagues explored drinking in older adults with dementia, some of the most at-risk older drinkers. They found that these drinkers also have little insight into their drinking and may misreport consumption levels, meaning their GPs’ understanding of their drinking might be way off the mark.

So how do we solve these problems?

With a rise in older drinkers, and in the number requiring treatment for alcohol use disorders, it’s critically important that we improve our response now. Recent research in New Zealand shows that older adults, regardless of their level of drinking, see their GP regularly across the year. This makes primary health care an ideal setting for implementing key interventions.

We need routine alcohol-screening protocols sensitive to risk for older drinkers that are implementable in settings across primary health care, community pharmacies, drug and alcohol and aged care. Such a system could apply an algorithm to current GP health care software that prompts alcohol questions for patients with identified comorbidity risk factors. This offers health professionals a low burden, evidence-based rationale for initiating alcohol use discussions with older adults, thus reducing discomfort for them and their clients.

It is essential to package enhanced screening with enhanced education for health care professionals on the risks that older drinkers face. We have not been trained to work with older drinkers and a toolkit should provide critical information both on the dangers of alcohol for ageing bodies, and on how health professionals can engage older adults in discussions about their drinking. For example, discussions can be difficult if trust and rapport is not first established, so explaining that alcohol may interact with their medications can be a good initiator that is both evidence-based, caring and morally neutral.

A screening and knowledge enhancement system along the lines identified above is currently being developed for pilot testing in New Zealand. The aim is to develop a comprehensive package that in the next 2 years will be available for health professionals in any New Zealand region. In an era marked by the rise of the older drinker on both sides of the Tasman, it makes sense to explore whether this package could (and should) be applied in Australia as well.

Dr Adrienne Withall is with the School of Public Health and Community Medicine at the University of New South Wales. She leads the CHAMPION team, whose focus is care and cognitive health for groups at risk of early cognitive decline and dementia, including substance misuse and homeless and justice health populations.

Dr David Newcombe is Head of the Department of Social and Community Health at the University of Auckland, New Zealand. He is Associate Director of the Centre for Addiction Research, and co-leader on the Health Promotion Agency-funded study Enhanced screening protocol and training package for at-risk older adult drinkers attending primary care.

Professor Michael Farrell is Director of the National Drug and Alcohol Research Centre at the University of New South Wales. He is Chair of the International Consortium on Health Outcome Monitoring Substance Use working group and editor of the Cochrane Drug and Alcohol Group.

Professor Janie Sheridan is Director of the Centre for Addiction Research at the University of Auckland, New Zealand. She is co-leader on the Health Promotion Agency-funded study Enhanced screening protocol and training package for at-risk older adult drinkers attending primary care.

5 thoughts on “The rise and rise of older drinkers”