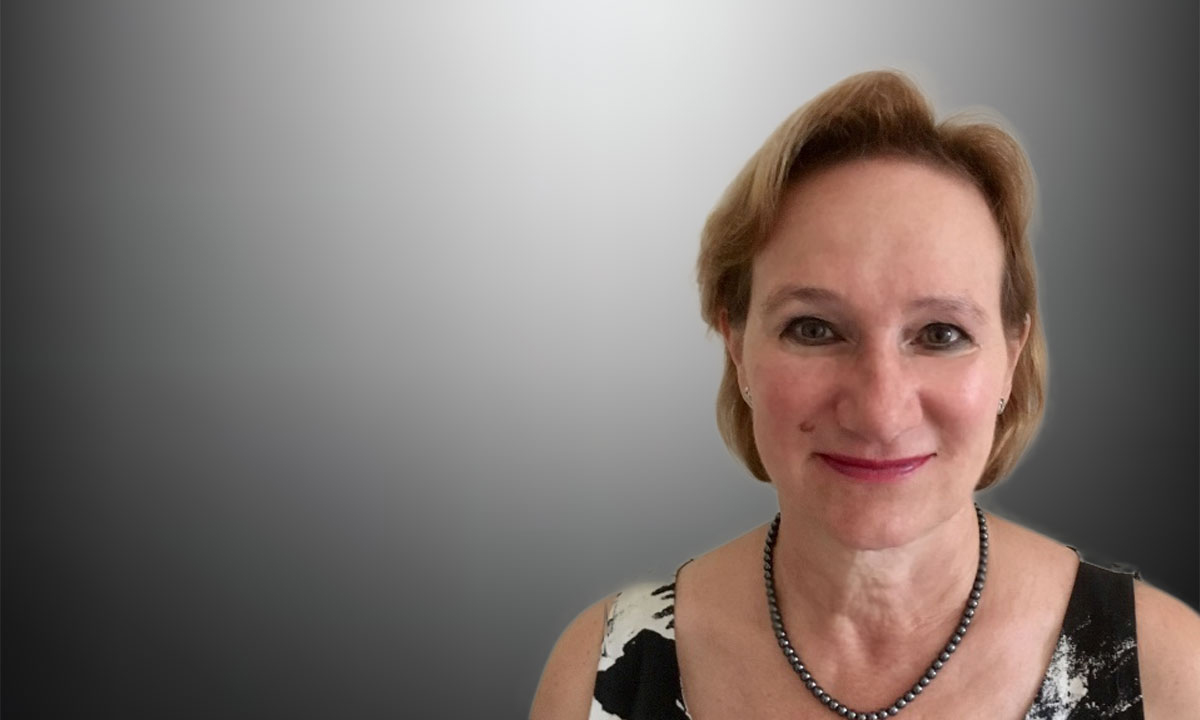 SILICOSIS, or fibrosis of the lungs due to inhalation of crystalline free silica, is a disease that was thought to be obsolete in Australia until very recently.

Silicosis is the oldest and best recognised of the pneumoconioses or dust diseases. It can occur in workers employed in many occupations. Until recently, cases usually affected older men who had worked in dusty conditions before the implementation of the current occupational dust regulations and who had slowly progressive disease. However, over the past few months, an alarmingly high number of young men – 53, including 11 with progressive massive fibrosis – have been diagnosed with severe progressive silicosis following dust exposure from cutting artificial stone benchtops, and it is highly likely that many more will soon be detected. Screening in Queensland by WorkCover has uncovered an epidemic of silicosis as reported by the 7.30 Report on Oct 10th & 22 November 2018.

Despite the causes of silicosis and the methods of prevention having been well known for at least 70 years, cases are still arising from new occupational exposures; for example, silicosis arising from sandblasting jeans in Turkey in the early 2000s was a particular disaster, with deaths reported in patients as young as 19 years old due to a modern fashion for weathered denim jeans.

This Australian outbreak is the result of a new exposure in the artificial stone  industry stimulated by  the housing boom: that of cutting, polishing and finishing imported artificial or engineered stone. This stone consists of resin embedded with a very high level of silica and silicates – higher levels than marble or granite, the traditional products – and high levels of respirable free silica are liberated during machine tool cutting and polishing. The use of these benchtops has become routine in most housing developments, as they are relatively cheap, durable and attractive. With increasing market demand, the artificial stone industry has rapidly expanded, particularly over the past decade. Many new companies have been set up to deal with this demand in an industry that, in general, has a reputation for poor compliance with regulatory requirements.

Approximately 35% of the workers screened in Queensland were found to have accelerated silicosis, and there is a high rate of progressive massive fibrosis — a stage in which the inflammation and scarring in the lung is very active and the worker is highly likely to become permanently disabled or die.

These cases are affecting young men (the youngest to date is aged 21 years), often with dependent families, early in their working careers.

Silicosis is currently believed to be incurable other than by lung transplantation. These cases represent a tragedy that is made more poignant by the fact that silicosis is totally avoidable.

Artificial stone silicosis was first described in 2009 in Spain (here, here and here), followed by several cases in Italy. The index case in Australia was first recognised in 2016, published in the Medical Journal of Australia, and reported to regulators by concerned physicians. The patient had such severe disease that lung transplantation was soon required. Subsequently, respiratory physicians from the Occupational and Environmental Special Interest Group of the Thoracic Society of Australia and New Zealand gathered cases together and published a case series. These workers were using no precautions at all against dust inhalation and were dry cutting the engineered stone both in the preparation factory and on site in the installation areas. The usual long latency for disease to develop had been shortened due to high dust inhalation. A worrying feature in these patients was that their lung function declined rapidly. Another concern was the fact that index cases of silicosis were first detected in secondary care, implying that there are likely to be many more workers affected who remain undiscovered throughout Australia.

Despite epidemics in other countries, awareness of this risk has been low in Australia. A particularly severe outbreak of artificial stone silicosis was reported from the national lung transplant unit in Israel. Israel is the site of Caesarstone, a major world producer of engineered stone, a product which dominates the market in Australia. However, Israel is not the only producer of this product and Australia also imports it from Europe and China.

Workers with silicosis gradually develop breathlessness on exercise, and a dry cough, which usually progresses gradually; without transplant they will eventually develop respiratory failure and die. However, symptoms are a late manifestation, and many patients will not notice anything until severe disease is established. Cases can be detected earlier by workplace surveillance using lung function and chest imaging, which is mandatory in most states but is seldom actually done. If caught early enough, and further exposure is prevented, silicosis only progresses slowly. However, if high levels of free silica have been inhaled, the rapidly progressive type (accelerated silicosis) can occur.

As well as silicosis, workers are also at an increased risk of tuberculosis (which occurs at least three times more  frequently with silica exposure); and fungal infections; chronic obstructive pulmonary disease (COPD); lung cancer; rheumatological diseases, such as rheumatoid arthritis, Sjögren syndrome and mixed connective tissue disease; and renal disease. The link between silica exposure and these risks is underappreciated by most doctors.

Despite awareness of the silica hazard and existing regulations regarding permissible exposures to free silica, the high silica content of artificial stone has been poorly appreciated. Information is still evolving about its other constituents such as metals and resins. Larger companies are better placed than small ones to be be aware of the risks and to manage dust-control strategies; however, the industry sector has evolved into many small and family-run businesses with very limited knowledge of regulatory requirements regarding safe levels of silica exposure. Small companies have  limited resources to conform to regulations. Moreover, many artificial stone workers nowadays are sub-contractors in the building and construction industry and may have little or no training regarding health issues or safe work practices. There is no formal overall oversight of health issues, and responsibility is placed on individual contractors.

As a result of the concerns raised by the medical community, several workplace audits have been conducted, which have shown extremely high respirable free silica levels. One study that sampled artificial stone workplaces in New South Wales also found significantly high silica levels measured in the nearby area, potentially affecting others, not just those workers actually cutting the artificial stone. Bystanders may also be at risk. There are also concerns that even wet cutting will not reduce the silica levels adequately to protect workers.

The preliminary findings of the first health surveillance data were notified to WorkCover Queensland and Workplace Health and Safety Queensland in September 2018. In NSW, surveillance has been offered at a low cost by iCare, but the uptake has been patchy. Fewer than 20 artificial stone workers have been screened to date, so it is not possible to know whether many cases have yet to be detected.  The same applies in Victoria. Elsewhere, several workplaces using artificial stone have been identified in South Australia, but funds have been lacking to start surveillance. No information is available from other states.

Treatment of these newly diagnosed workers is a problem. Until recently, there have been few treatment options for silicosis other than transplantation; however, in the era of antifibrotic treatment, there is some hope. Respiratory physicians have recently been successful in obtaining limited funding for a world-first trial in this area, an investigator-initiated pilot study treating 50 patients with nintedanib, an oral antifibrotic therapy. It is hoped this could reduce the progressive lung function decline in pneumoconiosis, including silicosis. The trial, on which some of us (DY, AJ and SM) are co-investigators, is due to start in 2019. Whole lung lavage has also been suggested for acute silico-proteinosis, but there is little evidence regarding this. Otherwise, management is supportive only.

Regular follow-up would assist with detecting and managing the associated diseases described above, including tuberculosis, lung cancer, COPD, Sjögren syndrome and connective tissue disorders, such as rheumatoid arthritis. These conditions may be amenable to modern biological drugs. Lung transplantation is also an option in end-stage disease, and outcomes are similar to those of transplantation for other diseases. All these diseases lead to significant human and financial burden, and it seems obvious that “prevention is better than cure”.

What should be done? All workers currently involved in the manufacture of kitchen benchtops (a workforce thought to be several thousands) need to be identified and urgently screened. In particular, there is an increased risk of developing (and spreading) tuberculosis for workers from migrant communities, and cases should be sought in the tuberculosis clinics, as TB can mask underlying silicotic nodules. The rest of Australia needs to follow Queensland’s lead and ban dry stone cutting.

The medical community can assist by simple actions, including taking an occupational history, being aware of such hazards, considering the possibility of this work-related disease, and referring early.

Unfortunately, there is currently no system for recording disease burden or even knowing how many workers are at risk. A centralised registry with branches in every state is needed, similar to those that already exist for several cancers, such as lung cancer and mesothelioma, and will require dedicated sustained funding. Ideally, this should be supported by a rapid response unit for investigating outbreaks of occupational respiratory disease.

Better education regarding the hazards of silica inhalation and of diagnosing occupational lung disorders is needed for both primary and secondary care doctors; the loss of awareness of occupational lung disease by both regulatory bodies and by medical professionals needs to be reversed.

Improved education is also needed for workers and particularly employers, who are legally responsible for the consequences of poor dust control. This is being implemented by several state regulators. Dust reduction strategies must concentrate on reduction at source, because use of respiratory protection may not be adequate even if appropriately chosen, worn and fitted. All these issues need to be managed urgently.

Dust does not respect state borders. The federal government needs to take leadership and ensure that this epidemic is stopped right now. The epidemic of silicosis in Australia highlights the fact that it is far too easy to forget about  occupational lung diseases. Apathy, complacency and lack of enforcement of regulatory standards for dust control have had severe and tragic consequences, which will continue to affect young men for many years. Urgent action is needed to identify affected workers, prevent further exposure, and stop this unnecessary epidemic.

Associate Professor Deborah Yates is a Senior Staff Specialist at St Vincent’s Hospital, Sydney, Conjoint Associate Professor at UNSW and Co-Chair of the Coal Mine Dust Lung Disease (CMDLD) Collaborative Group and is active in the Thoracic Society of Australia and New Zealand (TSANZ) and Royal Australasian College of Physicians (RACP).  She publishes regularly in the fields of respiratory medicine and occupational lung disease and continues an active clinical practice.

Dr Anthony Frankel is Head of Respiratory Medicine at Bankstown Hospital. He has interests in COPD, asthma, pulmonary embolism and occupational health.

Dr Susan Miles is a respiratory, sleep and general physician with a clinical and research interest in the field of occupational lung disease. She is a staff specialist at the Calvary Mater Newcastle and a Conjoint Senior Lecturer with the School of Medicine and Public Health at the University of Newcastle. She also works in private practice. She is a member of the NSW Dust Diseases Board and the NSW Manufactured Stone Industry Taskforce. She is also a member of the Thoracic Society of Australia and New Zealand Occupational and Environmental Lung Disease Special Interest Group.

Dr Anthony Johnson is a respiratory physician in Liverpool, NSW. He has interests in occupational lung disease, lung cancer and COPD.

Dr Ryan Hoy is a respiratory and sleep disorders physician at Cabrini Medical Centre, Malvern and Senior Research Fellow at the Monash University Centre for Occupational and Environmental Health.