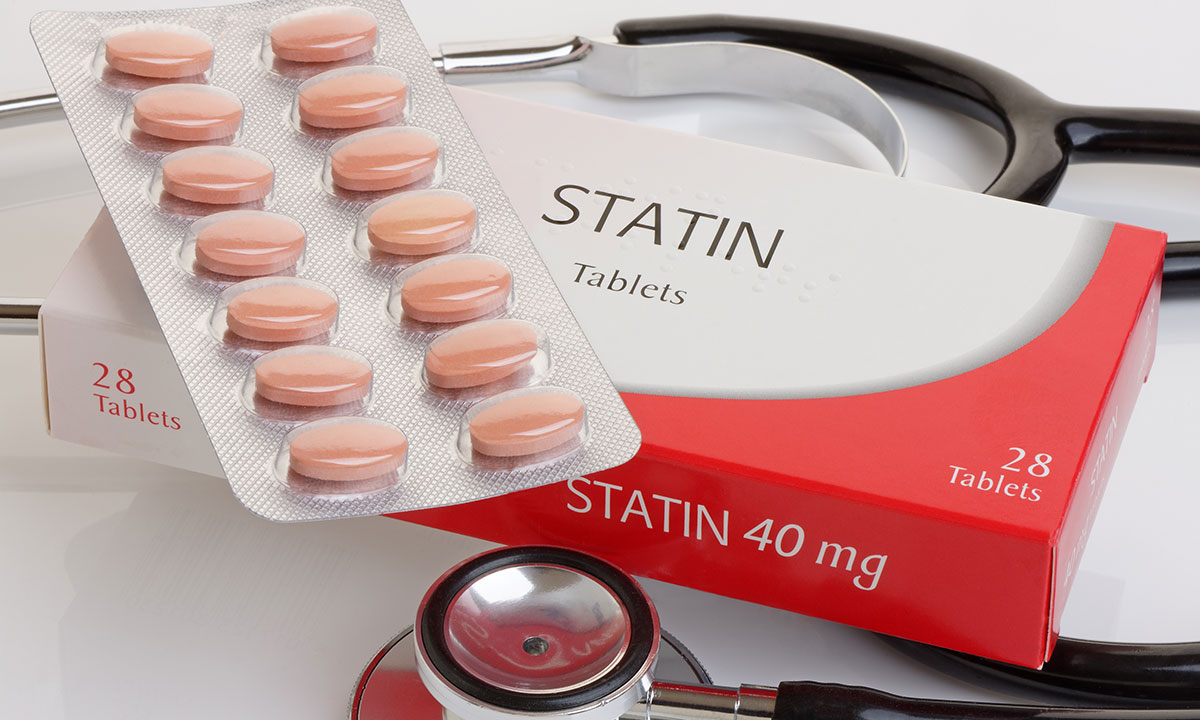 Post-heart attack, almost half miss out on vital statins

ALMOST half of people who have been hospitalised with a heart attack are not receiving the intensive lipid-lowering therapy that could help to reduce their high risk of a further event, according to Australian research, and women, particularly, are being undertreated.

In a study published online by the MJA, 1565 of 3441 patients (45%) were not receiving intensive lipid-lowering therapy, defined as treatment with atorvastatin (≥ 40 mg/day), rosuvastatin (≥ 20 mg/day), or simvastatin (≥ 80 mg/day), with or without ezetimibe 6 or 12 months after hospitalisation for confirmed acute coronary syndrome.

The researchers analysed patients enrolled in the CONCORDANCE (Cooperative National Registry of Acute Coronary care, Guideline Adherence and Clinical Events) registry between January 2015 to May 2016. They found that, 6 or 12 months after discharge, 826 patients (24%) were receiving some form of lipid-lowering therapy other than the recommended intensive therapy, and 739 patients (22%) were receiving no lipid-lowering therapy at all.

The key predictors of not receiving intensive lipid-lowering therapy were not being prescribed treatment prior to their hospital admission (odds ratio [OR], 1.53) or discharge (adjusted OR [aOR], 7.24), being a woman (aOR, 1.20), and not being referred for cardiac rehabilitation (aOR, 1.39).

They also found that patients who were managed medically in hospital (not revascularised; aOR, 1.54) or underwent coronary artery bypass grafting (aOR, 1.55) were less likely to be receiving intensive lipid-lowering therapy at follow-up than those with a percutaneous coronary intervention.

Professor Stephen Nicholls, Heart Health Theme Leader at the South Australian Health and Medical Research Institute and Professor of Cardiology at the University of Adelaide, said the findings were disappointing, but not surprising.

“We know from the large clinical trials that aggressively lowering [low-density lipoprotein] cholesterol with the highest dose of the statins is the standard of care for [high-risk] patients like the ones in the MJA study cohort,” he told MJA InSight.

“Yet, not only are there patients who go home without highest doses of the statin, many patients end up on either low dose statin or no statin 12 months down the track,” Professor Nicholls said.

“That worries all of us because the people at highest risk of having a heart attack are people who have had one before. We should be doing as much as we can to lower their likelihood of having another event, which may be potentially fatal.”

He said a further “striking” message in the research was that being a woman was a predictor of not being on intensive lipid-lowering therapy.

“The data very clearly show that women benefit just as much as men do from these drugs and … it worries me greatly when I see reports like this that suggest, yet again, that women are being undertreated. Not only do we have a lot to do in general [regarding adherence to secondary prevention measures], we are clearly not winning the messaging about treating women aggressively.”

In an exclusive MJA InSight podcast, lead researcher on the MJA article, Professor David Brieger, Professor of Cardiology at the University of Sydney’s Concord Clinical School, said despite being at high risk of a recurrent event, people tended to think they were “fine” after being hospitalised and treated for acute coronary syndrome.

“People … tend to feel better because their symptoms have gone,” Professor Brieger said. “But we know that a significant proportion will re-present with either further heart attacks or heart failure or, further chest pain or strokes. And those presentations make up about 30–40% of the acute presentations we see.”

Professor Gerald Watts, Professor of Cardiometabolic Medicine at the University of Western Australia and a consultant physician at Royal Perth Hospital, said the findings reflected the experience internationally, as demonstrated in the EUROASPIRE surveys.

“Despite all the hype about genetic testing and precision medicine, the basic adherence to therapies that are proven to prevent recurrent events – lowering cholesterol, controlling diabetes, stopping smoking, controlling blood pressure – is still not getting to the people who need it most,” he said.

“There is a lot of work to be done in trying to get these simple treatments fully implemented for these very high risk individuals.”

Professor Watts said effort needed to be invested across all facets of care, at the policy level, organisational level, doctor level, and patient level.

“There are physician factors here – there is less impetus to control risk factors than it is to do more procedures in cardiology, and a higher threshold to focus on secondary prevention,” he said.

“Secondary prevention can be carried out effectively if there is an integrated system between the hospital and primary care – you can’t expect this to be the responsibility of just a single [sector]. The volume of patients is so large, [secondary prevention initiatives] have to involve, in large measure, the primary care sector and the community.”

Professor Brieger said statins had had some “bad press” in recent years, and while this may be partly justified for use in primary prevention in low risk patients, the evidence of benefit was unequivocal in high risk patients.

“The concerns that we have had as clinicians is that the fallout from this bad press was that patients who have had previous events – and were, by definition, at very high risk of having further events – were also stopping their therapies,” he said, adding that these findings had confirmed anecdotal reports of patients ceasing statin therapy.

Professor Nicholls agreed, adding that the number of media reports of potential adverse effects with statins “grossly outweighed” the number of articles about the benefits of statins.

Professor Nicholls said the study underlined the key role that cardiac rehabilitation could play in improving adherence with lipid-lowering therapies.

“Cardiac rehabilitation plays an important role because a patient is in hospital for [up to] 4 days after a heart attack – there’s a lot happening, lots of people talking, and they are not necessarily taking it all in,” he said. “Cardiac rehabilitation classes are critical because it’s a great opportunity for patients to sit down with rehabilitation nurses who can demystify the whole [event] and explain what the patient needs to do to prevent ending up back in hospital or worse.”

5 thoughts on “Post-heart attack, almost half miss out on vital statins”