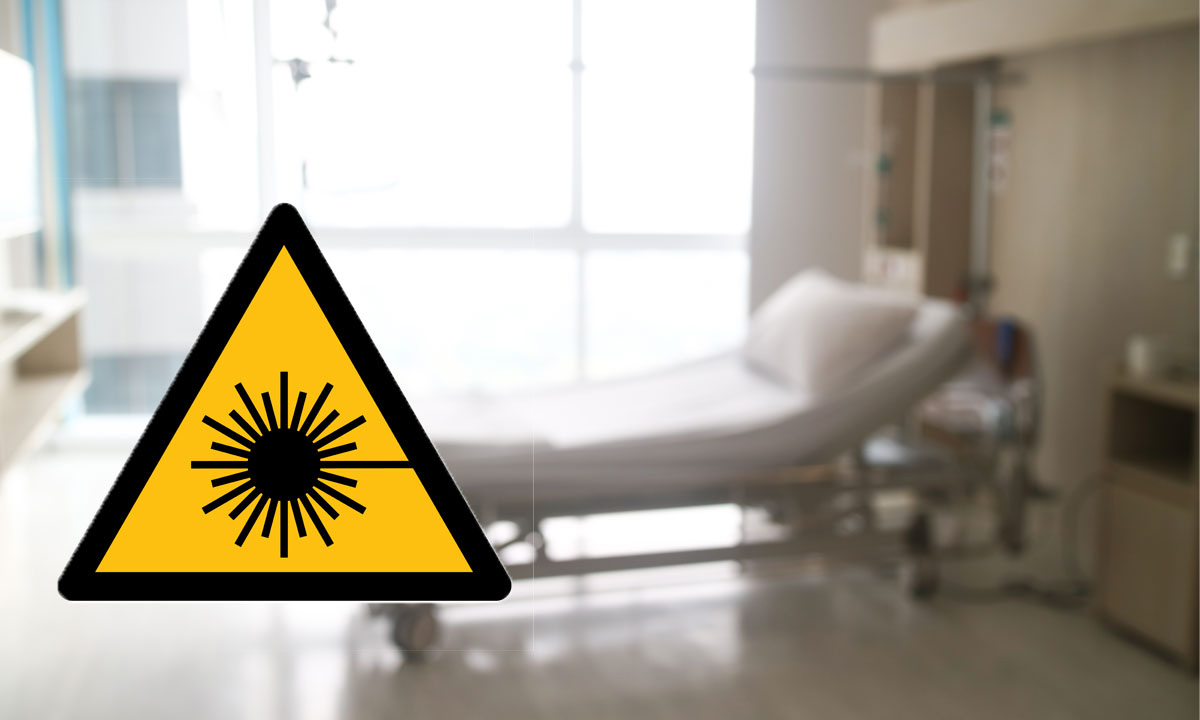 AUSTRALIA is running the risk of repeating the mistakes made with transvaginal mesh, say experts who have raised concerns about the limited evidence on the safety and effectiveness of carbon dioxide (CO2) laser therapy used to treat vulvovaginal atrophy.

In an exclusive MJA InSight podcast, Associate Professor Christopher Maher, urogynaecologist at the Wesley and Mater Private hospitals and researcher at the University of Queensland, said there were many similarities between the use of vaginal laser therapy for the treatment of vulvovaginal atrophy (also called genitourinary syndrome of menopause [GSM]) and the transvaginal mesh intervention.

“What really causes some anxiety for me is we have been through all this within the past 10 years with transvaginal meshes, we’re still going through it,” he said. “Everyone wishes we had done things differently [with transvaginal mesh], but we are just repeating the same problems again.”

Their concerns included the fact that the placebo effect had not been properly evaluated because the trial lacked a sham laser/sham cream arm, and that patients in the laser/sham cream trial reported a significant worsening of pain after treatment, without any differences being detected between groups on the remaining outcomes.

They wrote that: “It is uncertain how many laser treatments for symptoms of GSM are being performed in Australia, as episodes of treatment cannot be tracked by a specific Medical Benefits Schedule item number.

“Currently, treatments are being offered in specialist, general practice and cosmetic medicine settings.”

In July this year, the US Food and Drug Administration (FDA) issued a stern warning about the use of CO2 laser therapy marketed for “vaginal rejuvenation”, saying that it has “serious concerns about the use of these devices to treat gynaecological conditions beyond those for which the devices have been approved or cleared”.

Speaking in the MJA InSight podcast, Dr Buttini said doctors in Australia who were performing this treatment needed to consider the potential medicolegal consequences.

“Doctors are obliged by common law and professional practice obligation to provide sufficient information for informed consent to patients, including risks, side effects, alternative treatments and costs,” Dr Buttini said.

“In the light of the FDA action … practitioners using this device really ought to be seriously thinking about the medicolegal implications until more information is available.”

The FDA has given the green light to the use of laser treatment for abnormal or pre-cancerous cervical or vaginal tissue, as well as genital warts.

The Urological Society of Australia and New Zealand backed the FDA’s call for caution, and urged Australia’s Therapeutic Goods Administration (TGA) to also review claims made in Australia regarding this technology.

Buttini and colleagues wrote that the TGA has approved CO2 laser therapy for “incision, excision, vaporization and coagulation of body soft tissues using [CO2] as the substrate. Its typical applications are oral surgery, dermatology, ENT and gynaecology”.

“CO2 laser therapy is not specifically listed for treatment of GSM,” Buttini and colleagues wrote.

They noted that, unlike for pharmaceutical approvals, companies promoting vaginal laser treatment do not need to provide evidence from phase 3 clinical trials to receive clearance in Australia or the US.

Susan Davis, Professor of Women’s Health at Monash University, said the increasing use of CO2 laser therapy for treatment of GSM was “extremely concerning”.

“We are talking about a procedure that is being administered to an increasing number of women with insufficient evidence of long-term safety and efficacy,” Professor Davis told MJA InSight. “Certainly, women are saying that there is a benefit, but the placebo effect is probably enormous.”

The procedure costs more than $500 per treatment, with three treatments required initially, followed by annual treatments.

“When women attend two or three times for a treatment, and pay a lot of money, they are going to anticipate their symptoms will improve,” said Professor Davis, who is also President of the International Menopause Society.

She called on the Royal Australian College of Obstetrics and Gynaecology (RANZCOG) to “update their position on this”.

It states: “At present, there is little high-quality evidence that these procedures are effective, enhance sexual function or improve self-image. The risks of potential complications such as scarring, adhesions, permanent disfigurement, infection, dyspareunia and altered sexual sensations should be discussed in detail with women seeking such treatments.”

According to the RANZCOG website, the statement was due for review in March 2018.

Martha Hickey, Professor of Obstetrics and Gynaecology at the University of Melbourne, said she was concerned at the increasing availability of a treatment for which there was limited evidence.

“It is premature to be offering women vaginal laser treatment for dryness or any other symptom until we have evidence that it works and is safe. Currently, we do not have this evidence,” she said.

“Within the not-too-distant future we will have evidence about the safety and efficacy of vaginal laser. “In the interim, it seems foolish to be using a technique that has the potential to do harm; for example, the high cost of the procedure and the potential to cause long-term symptoms such as pain.”

Professor Hickey said vaginal dryness was a common symptom in postmenopausal women and most women didn’t require any treatment.

“For women who do require treatment, the best evidence we have currently, is that low dose oestrogen is the most effective treatment for vaginal dryness and is safe for the great majority of women.”

A double-blind randomised controlled trial of the efficacy of the MonaLisa Touch fractionated CO2 laser procedure for the treatment of postmenopausal vulvovaginal symptoms is currently underway at the Royal Hospital for Women in Randwick. The trial aims to recruit 78 participants and has recruited 56 participants to date.

Professor Hickey said the Australian trial was one of several trials of laser therapy procedures being conducted internationally.

“Within the not-too-distant future, we will have evidence on safety and efficacy and it might be effective,” she said. “In the interim, it seems to me foolish to be using this because it’s not as if there is no potential for harm.”

She said harm may be persistent adverse symptoms, or a woman paying hundreds of dollars a session for an ineffective treatment.

Professor Hickey added that clinicians who had purchased the expensive equipment for performing these procedures also had a conflict of interest in recommending it.

Professor Davis said she had ethical concerns with the use of this treatment at present.

“While the jury is out, I believe that using this treatment in the community, at a cost to the individuals, is taking an uncertain treatment too far. And because we are health care professionals, our patients will [have] trust in us that we are administering a treatment that we know works,” she said.

Dr Thierry Vancaillie, a Sydney gynaecologist and pain medicine specialist agreed that oestrogen was the first-line treatment for vaginal atrophy and associated symptoms but that of there was residual symptomatology, carbon dioxide laser laser was “an excellent adjuvant”.
“Then there is the patient population everyone forgets: the breast cancer survivor, who is not allowed to take oestrogen and has sometimes been treated with powerful anti-oestrogens. For them there is no other option,” he said.
“Obviously there has been inappropriate marketing, mostly by non-gynaecologists, but that doesn’t mean that legitimate treatment should be withheld from those women who need it the most.”

MJA InSight approached both RANZCOG and the TGA for comment, but neither body was available to comment at the time of publication.