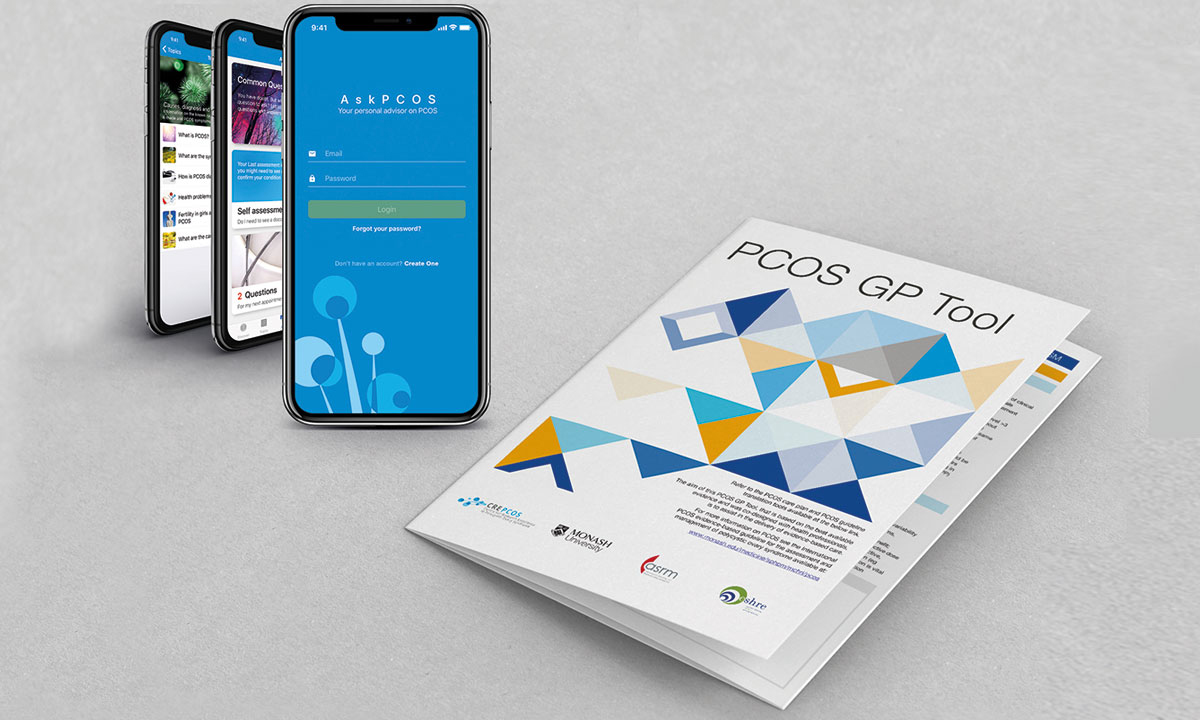 WITH up to 70% of women with polycystic ovary syndrome (PCOS) remaining undiagnosed, Australian experts have spearheaded a global effort to transform the way in which the condition is diagnosed and managed.

In a supplement in this week’s MJA, a team of Australian experts who led the development of an international PCOS guideline have outlined the new guideline – which was simultaneously published in three international journals in July – and the accompanying translation and implementation program.

Codirector of the National Health and Medical Research Council Polycystic Ovary Syndrome Centre for Research Excellence (PCOS CRE) and co-author of the guidelines Professor Robert Norman said the impetus to develop the guideline came from patients.

“We consistently had complaints that doctors knew less about PCOS than patients did,” Professor Norman told MJA InSight. “Informed patients would present to their GP or specialist and know far more about the condition and ask questions that often the doctors couldn’t answer properly.”

Professor Norman also pointed to the findings of a 2005 survey of Australian gynaecologists and endocrinologists that found a lack of consensus on the definition, diagnosis and management of PCOS.

Professor Norman said after the development of Australian guidelines in 2011, it was decided to develop an international guideline in collaboration with all the major experts and relevant societies.

“It was a huge international effort,” he said. “We asked doctors and patients around the world what were the questions they wanted answered.”

The 166 recommendations in the guidelines were developed through a collaboration of 37 organisations across 71 countries. Sixty clinical questions were prioritised based on 40 systematic reviews and 20 narrative reviews.

“It was not a bunch of doctors saying this is our best view on things,” said Professor Norman, who is also Professor of Reproductive and Periconceptual Medicine at the University of Adelaide’s Robinson Research Institute and consultant at Fertility SA. “It was going out to consumers and doctors around the world and asking them what they wanted and reviewing the evidence.”

In an exclusive MJA InSight podcast, Professor Helena Teede, also co-director of the PCOS CRE and co-author of the guidelines, said the guideline grounded the Rotterdam diagnostic criteria in evidence.

“Previously, [the Rotterdam criteria] were a consensus statement, so it was what the experts thought, and this process is very far from that, this is the experts, the GPs, the women and all the evidence that is now available coming together.”

The new guideline endorses the use of the Rotterdam diagnostic criteria. In adults, this is based on the presence of two of the following: clinical or biochemical hyperandrogenism, ovulatory dysfunction, or polycystic ovaries on ultrasound, highlighting that ultrasound is not necessary in diagnosis when irregular cycles and hyperandrogenism are present. Moreover, in adolescents within 8 years of menarche, both menstrual abnormalities and hyperandrogenism are necessary for diagnosis, and ultrasound is not recommended due to overlap with normal reproductive physiology; adolescents with some clinical features but without a clear diagnosis should be regarded as “at risk” and receive follow-up assessment.

Professor Norman said ultrasound was the biggest problem in PCOS diagnosis due to variability in quality of machines and lack of accuracy in younger women.

“We don’t want people to have ultrasounds for the diagnosis of PCOS until they are in their early 20s. We are aware that ultrasound can be very qualitative and controversial, so we have tried to de-emphasise ultrasound.”

Professor Norman said in the future it was hoped that a blood test could replace ultrasound in diagnosis.

“Anti-Müllerian hormone (AMH) is very closely correlated to the number of small follicles in the ovary and we think that, in time, AMH could displace ultrasound because it’s a single blood test, it’s more objective, and it doesn’t vary across the cycle,” he said. “At the moment, we can’t recommend it because of a variety of assay problems and standardisation, but in a couple of years it may well be that ultrasound becomes less important and a blood test becomes more important.”

The metabolic aspects of PCOS have been emphasised in the guidelines, Professor Norman said.

“There is four times the risk of diabetes [among patients with PCOS], there is sleep apnoea and fatty liver, so we are trying to concentrate people’s minds on these risks and focus on lifestyle as a major issue.”

For PCOS-related and anovulatory infertility, letrozole is now recommended as the first-line pharmacological treatment, although it should be recognised as off-label in Australia. Clomifene citrate and metformin are also often used in practice. Second-line treatment includes gonadotrophin therapy or laparoscopic drilling.

“Importantly, in vitro fertilisation is indicated for women with PCOS and anovulation, after failure to respond to first- and second-line ovulation induction, or if there are other factors contributing to infertility,” the experts wrote in the MJA.

Professor Norman said the guideline sought to reassure patients with PCOS that they could have a normal fertility potential and have been shown to have the same number of children as women without PCOS.

“They may just need a little bit of intervention and they should look at the simple intervention before the complicated intervention,” he said. “If a patient is overweight, losing weight might [help them get] pregnant naturally.”

Professor Norman said the emotional wellbeing of patients with PCOS had also been prioritised in the guideline.

“This is something that consumers felt very strongly about,” he said. “It’s well based in the literature that almost every quality-of-life assessment comes out showing that women with PCOS are not in good shape generally. The guideline encourages health specialists to ask very brief questions about emotional health and wellbeing and give guidance about what to do if it’s abnormal.”

Key to the success of the guidelines is a translation program, he said.

“Guidelines without translation are useless because often no one reads them, and often few act on them,” Professor Norman said.

The translation program includes a patient app (AskPCOS), which provides answers to many questions as well as a list of questions that women may ask their health professional. The app is currently available on Apple iTunes, and will be available on Android in mid-October.

A GP tool has also been developed. Professor Teede said the free tool had been designed “by GPs for GPs”.

One thought on “PCOS translation resources a boon for GPs”