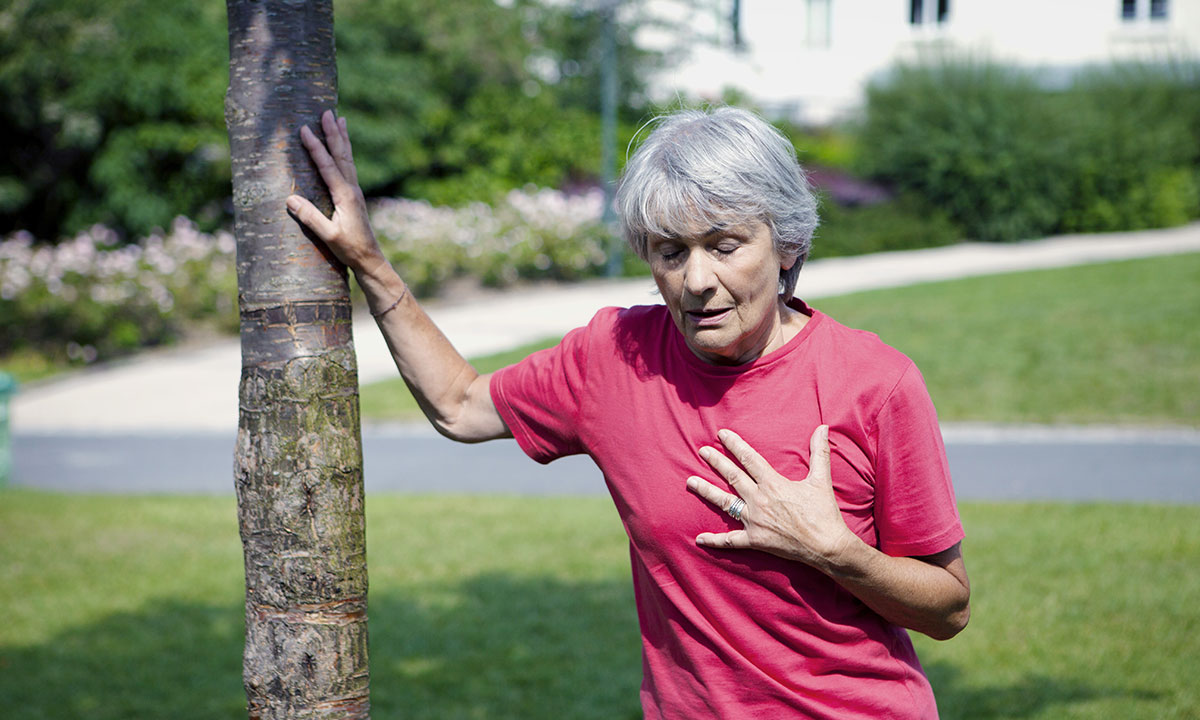 FOR some time, it has been known that men and women present differently with acute coronary syndromes (ACS). Observational studies have shown women are more likely to have atypical symptoms and that they present at an older age on average, with more comorbidities – all of which could logically lead to worse outcomes. But once you account for these and other differences, do women with ACS still do worse and do they get poorer treatment than men?

The answer on both counts, according to a new study published in the MJA, is yes – at least when the diagnosis is ST-elevation myocardial infarction (STEMI).

The study authors, from a number of hospitals across the country, found that revascularisation rates for women with STEMI are lower than for men, even after adjusting for risk category. Women are also less frequently referred for cardiac rehabilitation and less likely to get preventive medications such as b-blockers or statins. At 6 months, women were more likely to have another serious cardiovascular event, and were more likely to have died.

The cohort study involved almost 3000 patients with STEMI, around two-thirds of whom were men, identified prospectively from data collected from 41 Australian hospitals between 2009 and 2016.

Senior author, Professor Clara Chow of the University of Sydney and Westmead Hospital, says that going into the study, her hypothesis was that there would be no differences in treatment between the genders because STEMI had a clear diagnostic path and very well defined treatment protocols.

“Something is going wrong after diagnosis,” she told MJA InSight in an exclusive podcast. “Part of the previous literature was saying STEMI is diagnosed later in women, and potentially that could be the case, but once the diagnosis is made, men and women should get the same treatment and get revascularised. But it’s not occurring.”

Does the poorer treatment mean that some women presenting with STEMI may be dying unnecessarily?

“You have to raise that possibility,” Professor Chow says. “They are doing worse, this is a hard fact.”

Dr Jenny Deague, a Perth-based cardiologist who sits on the boards of both the Cardiac Society of Australia and New Zealand and the National Heart Foundation, says that the study findings are worrying but not necessarily surprising.

“STEMI treatment is very guideline-driven, so it’s disappointing to see the difference between men and women. But even at my own hospital, we did a study of door-to-balloon times and women had longer times, so we’re not identifying STEMI in women as easily as in men. We do see these differences at the coalface, but the good news is that we’re aware of the issue and we’re trying to reverse the biases, and things are getting better.”

Dr Deague, who was not involved in the MJA study, points to the finding that treatment did improve for women over the time period of the study.

“You’ve got to remember that the original coronary care units in Australia didn’t even let women into them. You were only allowed in if you were a bread-winning man. So, we’ve come a long way in women’s health. But coronary heart disease is the commonest killer of women, and treatment of STEMI is one area that we really should be able to nail down.”

She says that there’s been an upsurge of interest in women and heart disease among cardiologists.

“At the last European Society of Cardiology meeting I was at, they had a whole stream on women’s cardiology. And next year at the Cardiac Society meeting in Adelaide there will be a spotlight on heart disease in women. So, the cardiology community is focusing on all of this.”

Dr Deague says the most worrying aspect of the study for her is the worse mortality for women at 6 months.

“That’s my main concern. If the women were getting less medication but the mortality was the same, then that would be a difference that didn’t necessarily matter. But that’s not the case. Some people may not be able to tolerate b-blockers, but not to be given statins after STEMI is simply unacceptable.”

She says that one thing GPs can take away from this study is to ensure that when their patients come out of hospital with a STEMI that they are on statin medication.

“That’s something our GP colleagues can double-check on. They can ensure patients are in a cardiac [rehabilitation] program, have been considered for b-blockers and are on statin medication, in case the cardiologist missed it.”

In other STEMI news, the MJA is also publishing a research letter that shows that Victorian hospitals are struggling to meet the demands of new guideline requirements for door-to-balloon times in patients with STEMI. The recently updated guidelines tighten the recommended time from 90 to 60 minutes.

The research authors found that median door-to-balloon times in 16 Victorian hospitals where percutaneous coronary intervention was performed was 69 minutes – within the old guideline requirements, but outside the new ones.

Results were no better for patients presenting at hospital within the so-called golden first hour after symptom onset, when there is the greatest potential for myocardial salvage.

Reducing delays after hours and increasing rates of in-hospital notification of receiving hospitals could reduce door-to-balloon times, the authors say.

4 thoughts on “Are women dying unnecessarily after heart attack?”