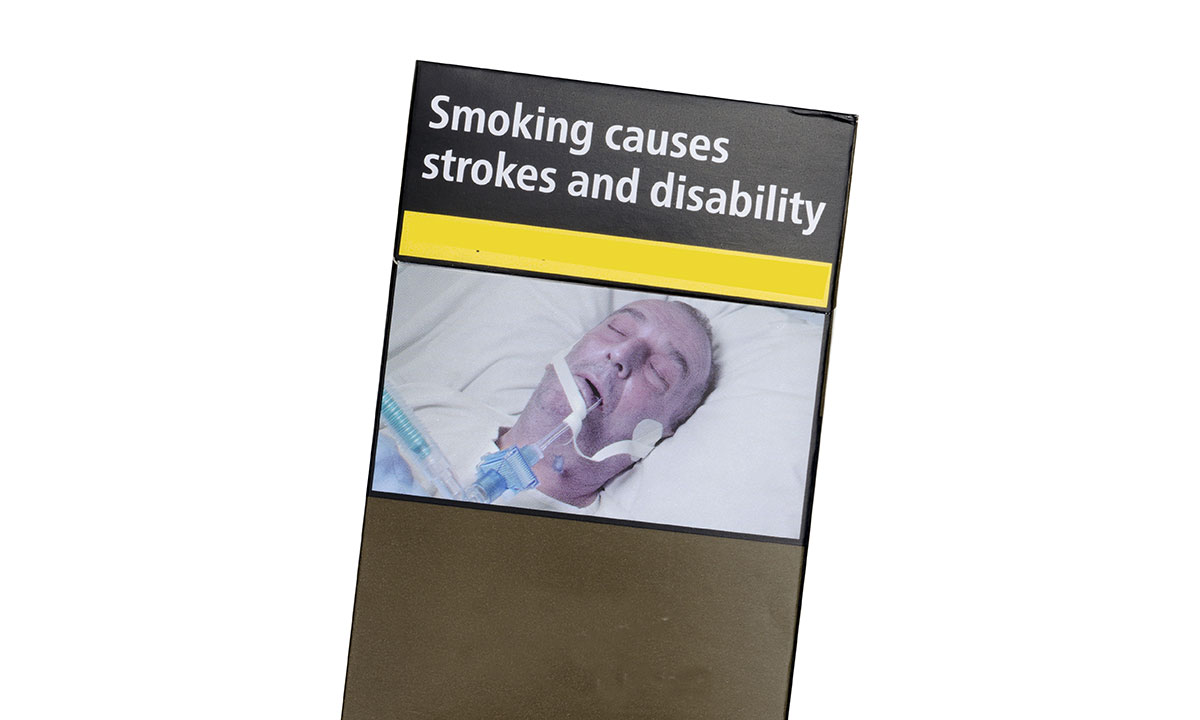 THE federal government is reviewing the graphic warnings on cigarette packs but doesn’t want to “pre-empt the outcome of the evaluation”, while a public health expert says the time for consultations is over.

The current images on cigarette packs have been in circulation since 2012, and research published in the MJA shows they need refreshing.

Lung cancer, throat cancer and gum disease are all well known as being caused by smoking, but the new research shows that many Australians are unaware of other serious smoking-related harms, such as pancreatic cancer and rheumatoid arthritis.

A spokesperson for the Australian Government Department of Health said that a public consultation phase will begin later in July 2018, with a draft strategy expected to be available for consultation by the end of this year.

“The government is aware that changes in health warnings are important to maintain saliency and enhance impact and effectiveness,” the spokesperson said.

“A market research evaluation of the graphic health warnings on tobacco products is under way.”

Asked if a national mass media campaign was on the table, the spokesperson said: “The government does not wish to pre-empt the outcome of the evaluation – which is expected to be completed by the end of the year – or any future communication activities”.

“We lead the world in terms of health warnings, but we’re falling behind in terms of media campaigns, which have been mothballed for 6 years,” he said.

“We still have 19 000 people a year dying because they have smoked,” he said. “We know what needs to be done, the evidence is there, let’s get on with new, research-based health warnings and a major media campaign and that will make us world leaders on both counts again.”

Professor Daube added that the $30–40 million cost of a national advertising campaign was a “drop in the ocean” when Australian governments were collecting $12 billion in tobacco taxes each year.

However, only about half of participants were aware that smoking could also cause pancreatic cancer (51.0%), liver cancer (50.5%), and infertility in women (49.8%).

“The warnings that we have had on packs up to now have been doing a great job, but [this research] also tells that we can do better,” said Professor Wakefield, who is also a National Health and Medical Research Council principal research fellow.

Professor Daube said that the research clearly showed that smokers were not fully informed about the risks of smoking.

“If you are getting new messages about other harms that may be of particular concern to you, then that can have a real impact,” he said.

Professor Wakefield said that mass media campaigns could help to “bring to life” some of the lesser-known harms that are difficult to communicate in a static image on a cigarette pack.

“[Mass media campaigns bring] a felt risk into the equation as well,” she said. “It provides a better understanding of the risk that someone is running by continuing to smoke and how they could reduce their risk by quitting.”

Todd Harper, CEO of Cancer Council Victoria, said that the research was timely in showing that further effort was needed in educating smokers on the risks of smoking.

“It’s easy to assume that because we’ve had campaigns on smoking and graphic warnings on [cigarette packs], smokers are perfectly informed about all of the harms of smoking, but … we still have some work to do,” he said.

He said that educating smokers about the specific harms caused by smoking also helped to personalise the risks.

“Cancers [such as] oesophageal cancer and pancreatic cancer … have much poorer survival rates than other diseases, so it’s really important to be doing everything we can to prevent those types of cancers or diseases occurring in the first place,” Mr Harper told MJA InSight.

He agreed that a national media campaign was needed alongside updated graphic health warnings.

“We get a much bigger bang for our buck if we are combining pack warnings with education campaigns,” he said. “TV warnings provide more information for smokers about those specific harms which are then reinforced every time a smoker reaches for their cigarette pack.”