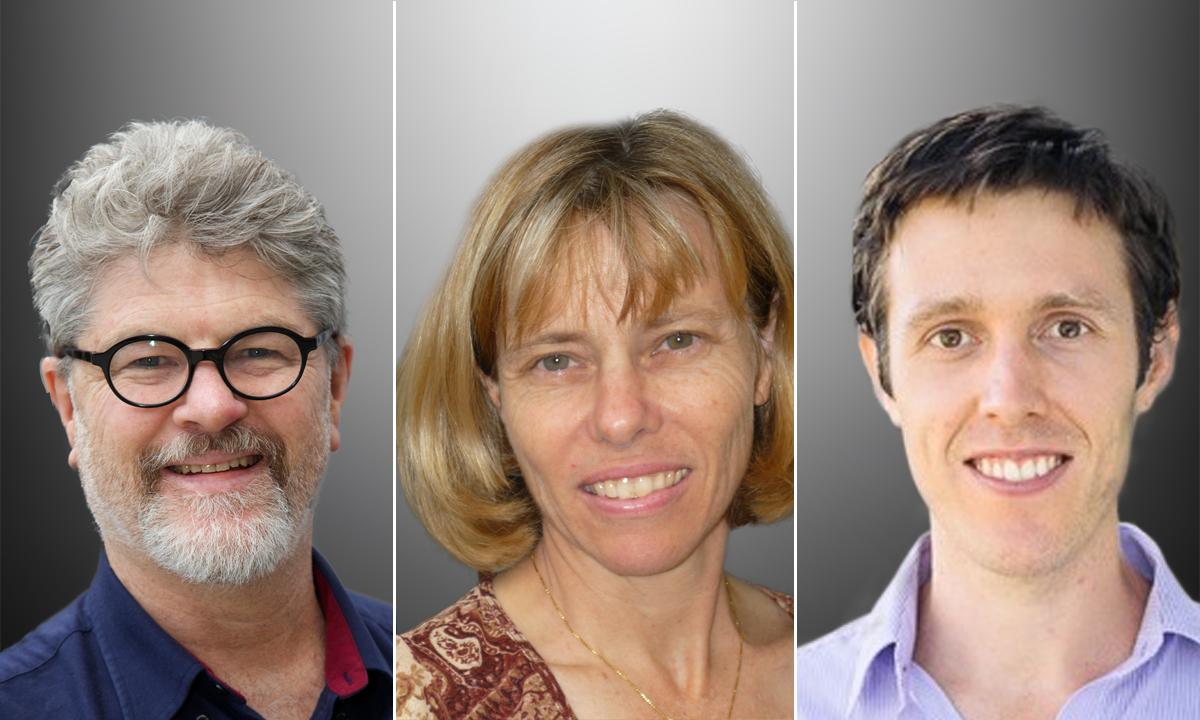 Far from “the old man’s friend”, pneumonia ends lives prematurely, even in wealthy countries in the 21st century with access to the best health care. The most common cause of pneumonia – Streptococcus pneumoniae or pneumococcus – is estimated to cause around 20% of pneumonia in Australia and more than 15 000 GP visits, 8000 hospitalisations and 2000 deaths in Australians aged 65 years and over each year.

Our main tools to prevent pneumococcal pneumonia are vaccines. The 23-valent pneumococcal polysaccharide vaccine (23vPPV) is provided free under the National Immunisation Program (NIP) Schedule – a single dose for otherwise healthy people aged 65 years and over and two doses, 5 or more years apart, for Aboriginal and Torres Strait Islander people aged 50 years and over. For people with immunocompromising conditions or chronic disease and smokers (over 50% of those aged 65 years or older), an additional dose is available 5 years later. A dose is also available for Indigenous adults aged under 50 years with chronic disease, and up to three doses in a lifetime. In addition to the nationally funded program, people with chronic disease or smokers aged under 65 years are recommended to get a prescription from their GP and purchase 23vPPV, at a cost of around $40, although it is free in some states.

Another vaccine – the 13-valent pneumococcal conjugate vaccine (13vPCV) – is funded for all children, but in adults is recommended (but not funded) only for those with immunocompromising conditions. Inclusion of 13vPCV under the NIP for all people aged 65 years and over is under consideration.

Yet, despite a publicly funded immunisation program, coverage for pneumococcal polysaccharide vaccine was low at 54% in those aged 65 years and over when last measured nationally in 2009. While there have been several calls for increases in coverage since that time, more recent data suggest coverage has actually declined.

In New South Wales, the proportion of those aged 65 years and over who had received a dose of 23vPPV dropped by around 10 percentage points from 2009 to 2015 – according to the latest available data. There is also evidence that pneumococcal vaccination administration may be substantially delayed from the age of first recommendation in older adults, with recent analysis of NSW data suggesting that over half of vaccinations occur after the age of 70 years. Coverage also dropped nationally in eligible Aboriginal and Torres Strait Islander adults between 2005 and 2013 to only 29% for those aged 50 years and older, again the most recent data.

Ongoing work by Western Australia and NSW researchers using childhood immunisations linked for the first time to morbidity and mortality data has enabled the calculation of vaccination coverage for specific high risk subpopulations, as well as enhancing the identification of Indigenous children. Results to date show that when pneumococcal conjugate vaccine was only funded for high risk infants (2001–04), coverage with the third dose of pneumococcal vaccination in pre-term infants (high risk) and Indigenous children during the targeted vaccination program was around 30%, while coverage with additional recommended doses for pre-term infants in their second year of life and at 4–5 years of age remained below 20% and 5%, respectively, in 2005–2013 (McCallum and colleagues; Pneumococcal conjugate vaccine coverage and rates of invasive pneumococcal disease in pre-term children; 15th National Immunisation Conference, Brisbane, June 2016. Refereed oral presentation; and here).

There are several possible reasons why coverage is so low in adults and for doses targeted at subpopulations.

The recommendation for 23vPPV second dose in otherwise healthy people aged 65 years and older was removed in 2011 due to concerns about adverse reactions and doubts about the net benefit of this dose. The decline in coverage in NSW coincides with this decision, suggesting an accompanying decline in vaccine confidence or acceptability. There may also be some confusion among providers resulting from mixed signals regarding which vaccine to use. The Pharmaceutical Benefits Advisory Committee has recommended funding of the 13vPCV for those aged 65 years and over to replace the 23vPPV. However, this has not (as yet) been formalised, with a review of the cost effectiveness of 23vPPV being considered. In the interim, the Australian Immunisation Handbook continues to recommend the use of 23vPPV in preference to 13vPCV. In fact, recent pneumococcal vaccine decisions in other high income countries have been mixed, with the US funding a dose of 13vPCV followed by 23vPPV 12 months later in older adults, whereas the UK, like the majority of high income countries, has not recommended funding of 13vPCV in the elderly due to the herd immunity impact from its use in infants.

The bottom line, however, is that 23vPPV, at the time of writing, is the recommended and funded vaccine for adults, yet coverage for NIP Schedule-eligible groups appears to be declining, from a low base, and this decline needs to be urgently reversed.

The long-awaited whole-of-life Australian Immunisation Register (AIR) is not yet fully operational, but is urgently needed to help monitor pneumococcal vaccine uptake as well as individual patients’ previous doses of pneumococcal vaccine. However, due to the limited information collected, the AIR alone is unlikely to contain sufficient information to be able to identify and monitor coverage in specific subpopulations who are recommended to receive additional vaccinations and would benefit most from high coverage. To provide robust population-based estimates in these risk groups, routine linkage of the AIR to other sources of health data, which has been shown to be feasible with childhood immunisation data, is imperative.

In the meantime, before improvements to public health infrastructure arrive, there is much that can be done by individual providers.

It is well known that a vaccination recommendation, or lack thereof, by a health care professional is the most influential factor for the majority of patients determining whether or not to vaccinate. It is more difficult for health education messages to reach subpopulations. So, to achieve good outcomes, it is necessary to try harder than for programs aimed at a broader population. Nowadays, it is relatively easy to set up alerts for health care professionals when a patient is overdue for an intervention, and to generate letter or SMS-based reminders. This will only work, however, if clinic staff are alert to the issue, have the conversation with their patients and update their records during patient consultations. It is also important to remember that, while a second dose of 23vPPV is no longer recommended for otherwise healthy people aged 65 years and over, the majority of patients in this age group will still be eligible for a second pneumococcal dose 5 years after the first, due to chronic illness, immunosuppression or smoking.

It is also important for individuals to take the initiative for their own health. Anyone who smokes, has a chronic disease, has an immunocompromising condition or is aged 65 years or older should talk to their GP about whether they should have a pneumococcal vaccination, or revaccination. Given pneumonia is a potentially life-threatening respiratory infection, should an individual develop a cough, fever, shortness of breath and feel generally tired and unwell, they should head to their doctor without delay.

Dr Robert Menzies is a Senior Lecturer at the University of New South Wales (UNSW). He has more than 20 years’ experience in communicable disease control, specialising in vaccine-preventable disease epidemiology, evaluation of immunisation programs, and applying vaccines to improve the health of Aboriginal and Torres Strait Islander people and other marginalised groups. His research interests include improving immunisation program delivery, continuous quality improvement and the use of large routine data collections.

Dr Heather Gidding is an infectious diseases epidemiologist. Her main areas of interest include the use of routinely collected data for epidemiological research, in particular using data linkage methods, to examine the impact of vaccination programs. She is an Associate Professor and National Health and Medical Research Council Post-Doctoral Research Fellow in the School of Public Health and Community Medicine at UNSW and Senior Research Fellow at the National Centre for Immunisation Research.

Dr Anthony Newall is an Associate Professor in Health Economics at the School of Public Health and Community Medicine, UNSW, Sydney. His main research area is the economic evaluation of infectious disease prevention strategies, as well as the mathematical modelling and statistical analyses that inform these evaluations. He can be found on Twitter at @Anthonynewall.