Tobacco in Australia: time to get back to basics 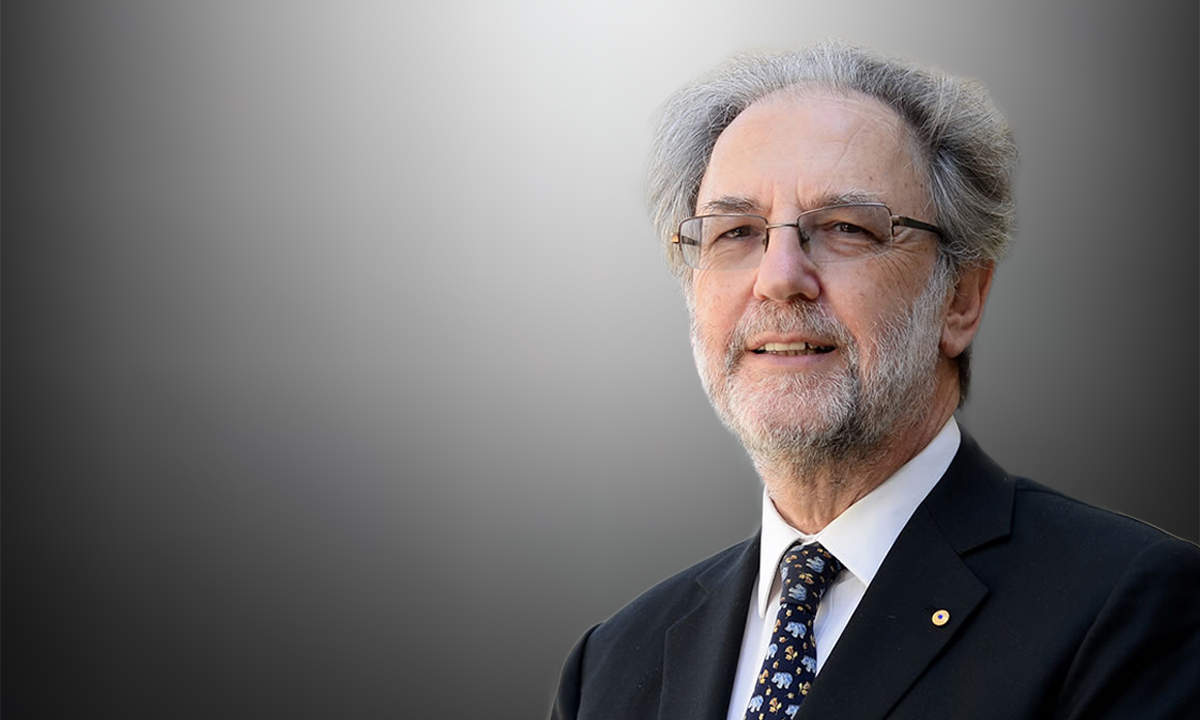 WE have known since 1950 that smoking is lethal, we know the vector (the global tobacco industry), and we have known for more than 40 years about the key measures needed to reduce smoking. Yet, smoking in Australia still causes some 19 000 deaths each year, and is likely to kill two-thirds of regular smokers.

Despite fierce opposition from the tobacco industry and its allies, there have been stunning declines over time in smoking among both adults and children, there are now significant declines in smoking in Aboriginal and Torres Strait Islander peoples and other vulnerable groups, and Australia is rightly seen as a world leader in action to reduce smoking. As the Prime Minister acknowledged in 2016, tobacco control is “one of [our] big public health successes”.

Globally and locally, the tobacco industry was under pressure during the first part of this century. There was universal acceptance of the evidence. The WHO Framework Convention on Tobacco Control was ratified by 180 countries. The industry’s reputation sank so low that some companies specified this as a risk in terms of their capacity to attract good staff. Even desperate and dishonest lobbying failed to prevent the measures they feared most, such as tax increases, strong media campaigns and plain packaging. A UK High Court judgement (one of many that have gone against tobacco companies) ruled that “The tobacco industry … facilitates and furthers, quite deliberately, a health epidemic”. Major companies in the United States were required to run advertisements confirming that they deliberately deceived the public about their products and the harms of smoking.

But these massive global corporations do not sleep: they have been strategising and are resurgent. Their opposition to measures that work is harder-line; their lobbying and use of front groups has increased; their resistance has extended even to litigation against governments, universities and the charitable sector, successfully delaying action in many countries; they have developed innovative approaches to maintain and increase sales of their “core product”; they are succeeding in rolling back tobacco control measures in some countries; they present themselves as health experts; they are making their products more attractive to young people; and they have developed new forms of promotion that distract from the action they fear.

While the companies have launched charm offensives in high income countries, they are also ruthlessly targeting low income countries, where there is immense cause for concern about the rising toll of deaths caused by smoking — estimated globally at more than 7 million each year.

Meanwhile, back in Australia, the steady decline in smoking that we saw until 2013, boosted by both plain packaging and the media coverage that surrounded this measure, along with regular tax increases, may have slowed between 2013 (12.8%) and 2016 (12.2%).

That should not be surprising after the larger-than-usual decline between 2010 and 2013 and absence of support for further action by governments. Indeed, occasional slowing in the decline is not a new phenomenon, as we saw in the 1990s, even after bans on tobacco advertising and promotion. We needed further evidence-based activity to maintain the momentum — especially major, hard-hitting media campaigns. The National Tobacco Campaign started in mid-1997, overseen by experts; there was more active campaigning; and we saw a return to encouraging declines.

No single initiative of itself will drive rates of smoking down in perpetuity. Each new measure magnifies the effects of what has gone before, but only if action is continually reinforced and properly resourced.

We should have reinforced and capitalised on the early impact of plain packaging and reinforced the impacts of tax increases. But five key factors have prevented this.

First, crucially and inexplicably, there have been no national media campaigns since 2012. The federal government gets more than $11 billion a year in revenue from tobacco taxes. Spending $40 million on media campaigns would be less than 0.4% of this. In an area where Australia led the world for so long, we have joined the back-markers.

Second, tobacco companies have maintained their long history of circumventing advertising restrictions and finding new ways to attract younger smokers. We have seen a plethora of product innovations (thanks to regulatory loopholes promoted even at point of sale), promotion of roll-your-own products (wrongly believed by many smokers to be less harmful than standard cigarettes), price discounting, brand names implying less harm, menthol flavours and youth-friendly filter gimmicks such as “Crushballs”.

Third, despite clear evidence in areas such as filter ventilation and menthol flavouring, there has been no action to regulate the product in ways that could significantly reduce both the harms and the attractiveness of the product. Even the Trump administration is currently considering approaches such as mandatory reduction of nicotine, an approach that merits further consideration elsewhere.

Fourth, there have been no curbs on tobacco industry efforts to influence public policy. Although Article 5.3 of the WHO’s Framework Convention on Tobacco Control, to which Australia is a signatory, prohibits any involvement by the industry in public health policy, tobacco lobbyists abound in Canberra and elsewhere, and at least two political parties are still willing to accept tobacco industry donations.

And fifth, the absence of evidence-based measures has allowed distractions to flourish.

E-cigarettes have been heavily promoted by tobacco companies, e-cigarette sales groups, some researchers and enthusiasts, vapers and assorted others. They are still in their early years, but the most authoritative report (from the US National Academies of Sciences, Engineering and Medicine) recently concluded that the evidence for cessation benefits is “limited”, the evidence for concern in relation to their impact on young people is “substantial”, and there is a need for more research on longer term harms.

There is nothing new in promotion of miracle cessation approaches, let alone new tobacco industry products that enable the companies to seek a role in health discourse and policy. Yet, for the past few years, promotion of e-cigarettes has been front and centre in media coverage on tobacco, supported by some with undoubtedly genuine concern for the health of smokers, but also by organisations and individuals who have previously supported tobacco industry lobbying, opposed action that runs counter to the industry’s interests or simply been absent from campaigns to reduce smoking.

The major tobacco companies have launched global and national promotional campaigns on these and other novel products. That is hardly surprising. As an independent investment analyst recently noted, they have a problem with “receding cigarette consumption stemming from strict government regulations and rising consumer awareness regarding the harmful impacts of tobacco”, and these new products are one means of “combating such challenges”. Indeed, the Philip Morris International company has reported dramatically lower sales and profits from its core product. What could be more in the company’s interests than opposing effective action while fostering distractions that may even help to promote smoking?

Tobacco companies have long sought to use alternative products as a means of renormalising their industry. Lights and milds, low tar and the tar derby, tobacco substitutes … the list is almost endless. Now around the world, we have countless e-cigarette brands, including the alarmingly attractive and student-friendly JUUL devices, and heat-not-burn tobacco products including iQOS, Ploom, Glo and assorted others, with thousands of flavours and other variants — all recklessly marketed ahead of good evidence on their longer term  health and other consequences, all promoted in ways that are likely to attract the attention of young people.

Add to this the difficulty faced by those who support a precautionary position – a flood of personalised abuse, often vitriolic, that intimidates many from commenting in the public arena. This is a completely new phenomenon in tobacco control, compounded by bloggers, tweeters and others for whom abuse seems to be standard practice. There are legitimate debates to be had among people of goodwill, but not with the abusers and those who encourage them.

The Health Minister Greg Hunt deserves praise for standing up to tobacco industry and other lobbying on e-cigarettes, relying on advice from health authorities such as the National Health and Medical Research Council and the Therapeutic Goods Administration and protecting Australia’s well recognised product safety systems, and also for supporting action to address smoking in Indigenous populations.

But action over the past 6 years has stalled, at a time when it should have accelerated. In the absence of robust, well-funded national media campaigns and other action, reports about e-cigarettes have dominated the media as well as the time of the very modest numbers working towards evidence-based action on smoking. At the Parliamentary level, there have been two major inquiries (one Senate, one House of Representatives) on e-cigarettes: both concluded that the government’s approach and the status quo were appropriate; but both were enormously time-consuming. The companies may have failed to get their products on the market, but the focus on e-cigarettes has brought them substantial benefit as a distraction from effective action.

For those who worked long and hard to make Australia a world leader in tobacco control, it is deeply disappointing that political complacency in recent years has both led to lack of action and allowed distractions to dominate the public and policy arenas.

It is time to get back to basics.

The Government should now restore Australia’s global leadership by implementing the measures we know will be effective:

This is, after all, an epidemic that will cause the death of 1.8 million Australians. The 8 May federal Budget is the opportunity to get back on track, restore Australia’s global leadership, and save thousands more lives.

6 thoughts on “Tobacco in Australia: time to get back to basics”