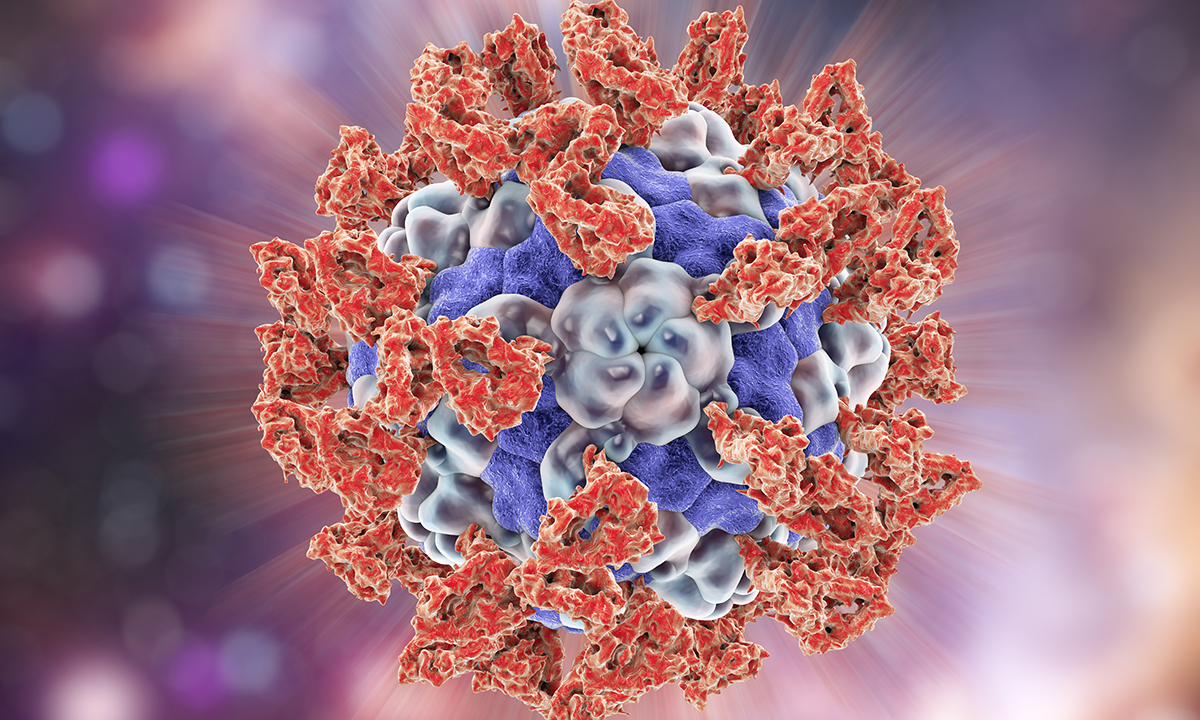 Be on the alert for parechovirus

PAEDIATRIC infectious disease experts are seeking to raise awareness of the clinical signs of parechovirus in infants, after Australia experienced its third epidemic of the infection earlier this year.

Writing in the MJA, Dr Philip Britton, a paediatric infectious diseases physician at the Children’s Hospital at Westmead, and co-authors noted that epidemics of human parechovirus (HPeV) in young children had occurred in Australia every 2 years since the virus was first identified here in 2013.

According to data collected through the Paediatric Active Enhanced Disease Surveillance (PAEDS) network, the most recent epidemic in late 2017 and early 2018 was caused by HPeV genotype 3, which has been associated with more serious disease than other subtypes.

In December 2017, more than 200 infants had been hospitalised with HPeV infection across five PAEDs sites in NSW, Victoria, Queensland, WA and SA.

The MJA authors wrote that while most HPeV infections caused no or mild symptoms, including gastroenteritis or inﬂuenza-like illness, severe disease could manifest as meningoencephalitis, seizures or sepsis-like presentations (including septic shock), or less common presentations including signs of surgical abdomen. According to unpublished PAEDS data, severe disease occurred in about one in 10 hospitalised babies.

Dr McMullan said that together with his colleagues, he had also identified infants with HPeV that presented as “red, hot, angry babies”.

“Some infants have this interesting phenomenon, where they present as really irritable and have a diffuse, red rash. They feel warm to touch and they really hate being moved and held because they seem to be in a lot of pain. So that can be a big clue,” he said.

Professor Dominic Dwyer, clinical professor of Medicine (Immunology and Infectious Diseases) at the Westmead Clinical School at the University of Sydney, said that identifying HPeV infection could be challenging.

“When clinicians see a child or a baby with a sepsis-like illness, they are usually thinking of a bacterial infection,” he said.

Clinicians now needed to consider HPeV as one of the potential sources for this spectrum of presentations, Professor Dwyer said.

“The only way to know that it’s parechovirus is to do a specific test for it,” he said. “If you can exclude a bacterial infection and show that [an infant is] actually infected with parechovirus, then you can stop unnecessary antibiotics. There aren’t any specific therapies for parechovirus [infection] yet, so one is really applying supportive therapy to these children.”

The MJA authors wrote that children younger than 6 months of age with no confirmed diagnosis but characteristic presentations – including febrile illnesses with rash or seizures, sepsis syndromes (including shock), and suspected meningoencephalitis – should be tested for HPeV.

They pointed to evidence of adverse neurodevelopmental outcomes after severe HPeV infection and recommended that all children hospitalised with HPeV infection have regular follow-up with a paediatrician.

A study of Australian infants hospitalised with HPeV3 infection in 2013 found that 19% showed “significant concern in developmental attainment 12–16 months after infection”.

Dr McMullan said that there were still many unknowns about the potential neurological sequelae of HPeV infection.

“We are still learning about the exact spectrum of neurological and developmental outcomes and the predictors of better and worse outcomes,” Dr McMullan said. “While we gather that research, it is very important to have follow-up, ideally by a paediatrician, so that if there are developmental or neurological problems, that child has the benefit of intervention and directed care as soon as possible.”

Speaking in an MJA InSight podcast, Dr Britton said that the 2-yearly cycle of HPeV infections mirrored the experiences of the UK, although such a pattern had not been observed in Europe or in North America.

“We don’t have a strong rationale for … this 2-yearly cycle, but the similarity with the UK is striking enough that we would anticipate that we will see future epidemics,” said Dr Britton, who is also a senior lecturer in child and adolescent health at the University of Sydney.

Professor Dwyer said that the more HPeV was detected, the more we could learn about the virus and possible treatment and prevention.

“The more we use these tests and the more clinicians think of these tests in the right clinical situation, then the more information we get and that’s what then drives discoveries of vaccines or antiviral therapies,” he said.

At present, there was no vaccine for HPeV, but experts were hopeful that a vaccine could be developed as it had been for other enteroviruses, such as poliovirus.

Dr Britton said that clinicians who had concerns about acute cases of HPeV infection could get support from their state or territory infectious disease service.

“The paediatric infectious disease community around Australia has become very aware of this virus and there is a lot of active research going on,” he said. “We would love both clinicians and patients to engage in that process.”

5 thoughts on “Be on the alert for parechovirus”