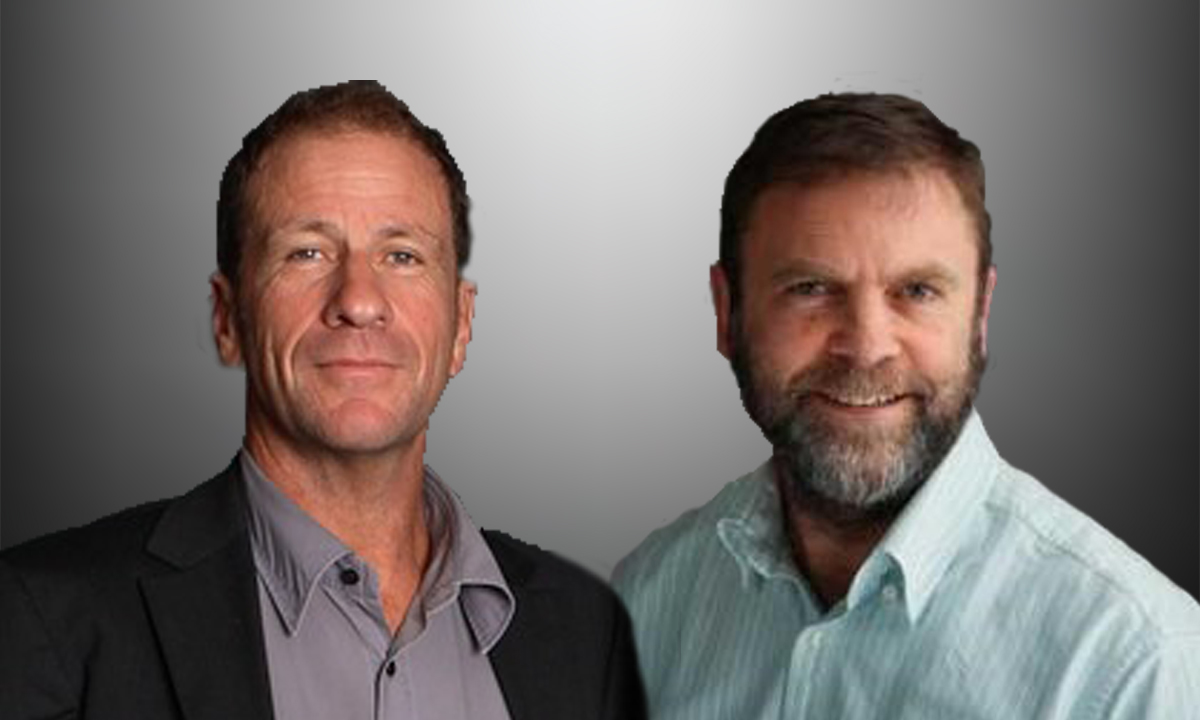 Scientia Professor David Cooper, foundation director of the Kirby Institute, died on Sunday 18 March after a brief illness. His work on HIV infection research made him an internationally renowned clinician-scientist and advocate.

WHEN David Cooper turned to immunology in the early 1970s as his chosen specialisation pathway in medicine, he could have had no inkling of the lifetime of work that awaited him, because the world’s first known case of HIV infection was still almost a decade away.

Once the deadly disease did make its dramatic appearance first in the urban centres of the US, he was ready to mount and lead many of the most important research initiatives in the global fight to gain control.  In 2018, thanks to such endeavours, HIV is a manageable chronic condition in many countries, and across the world most people with the infection have access to free, effective treatment, regardless of where they live or their level of income.

Born in Sydney in 1949, Cooper finished high school and commenced medical studies at the University of Sydney aged 15, the extremely bright son of Jewish immigrants from eastern Europe. By the time of his graduation as a doctor in 1972, he had already been awarded first class honours for a research project that he had undertaken during his medical studies and had his first publications in prestigious medical journals. By the end of the decade, he had obtained the joint fellowships in internal medicine and pathology required to qualify as an immunologist and was producing a steady output of research. In other words, he was on track for a conventional career as a hospital consultant with academic interests at a well-regarded institute.

All that was to change with Cooper’s move to the Dana-Farber Cancer Institute in Boston in 1981 under a National Health and Medicine Research Council (NHMRC) travelling fellowship, in the very year HIV first manifested itself as cases of the severe and previously unknown immune deficiency syndrome that soon became known as AIDS.

Cooper was intrigued both medically and scientifically by this new phenomenon that had initially been detected primarily in gay men and people who injected illicit drugs. He had the insight to see that if it was due to a transmissible agent, as was appearing increasingly likely based on linkages between cases, it would soon turn up in Australia.

At the end of his fellowship, he headed back to St Vincent’s Hospital in the heart of Darlinghurst, the Sydney locality that had recently become one of the world’s most vibrant centres of gay culture as the vile and ancient anti-sodomy laws were finally repealed.

By 1983, the year Cooper returned, the novel retrovirus HIV had been discovered and shown to be the cause of AIDS, and its primary transmission pathways confirmed as being sexual intercourse, blood contact and from mother to infant. Accurate serological tests for HIV appeared in 1984 and provided the basis for epidemiological and natural history studies of the infection.  The rapid accumulation of knowledge about the causes of HIV infection and AIDS was accompanied by the realisation that there was little contemporary medical science could do to stop the virus’s steady destruction of the immune system in affected people, and the seemingly inevitable onset of fatal illnesses that ensued.

Nevertheless, with key allies across the health professions, Cooper threw himself into clinical care, setting up a comprehensive service at St Vincent’s to respond to the sudden onslaught of life-threatening illnesses that was erupting in the local gay community.

In a climate of fear and discrimination, not the least from within the health professions, he gathered the support of the Sisters of Charity, then in charge at St Vincent’s, to provide the best possible care that anyone knew how to do in those early days. He assembled a multidisciplinary team encompassing everything from laboratory diagnostics to social and psychological support.  This model became the benchmark against which clinical care for HIV infection was judged in Australia.

At the same time, Cooper was at the centre of efforts to devise an effective program of research to better understand the patterns of transmission and disease progression and provide opportunities to improve treatment strategies. With colleagues, he set up one of the world’s first prospective studies of HIV in gay men, ultimately recruiting and following up over 1000 participants, and providing the first detailed understanding of the epidemic’s reach and impact.

It was around this time that Cooper, in collaboration with local primary care doctors and laboratory scientists, made a clinical observation that first brought him world attention: the recognition that in the first weeks of HIV infection, most people exhibited a characteristic illness that could be recognised clinically and by laboratory markers.  Seroconversion illness, or primary HIV infection as it became known, provided insights into pathogenesis, as well as alerting clinicians to the need to offer testing to people presenting with the condition.

In devising and implementing both clinical services and research programs, Cooper was among the earliest to recognise and embrace the critical importance of combatting discrimination and involving affected communities.

Australia was fortunate in those early days to have an enlightened federal health minister – Dr Neal Blewett — and equally fortuitously, a shadow minister – Dr Peter Baume — who could see that HIV was much more than a medical issue, and that it would take a concerted and strategic national response to maximise the likelihood of achieving control. The government of the day was therefore receptive to a plan put forward by Cooper and his colleagues that a national research centre be established, with a mandate to track the course of the epidemic to guide prevention efforts, and to accelerate research into new treatments.

This proposal led to the establishment, at the University of New South Wales in 1986 under Cooper’s leadership, of what was first known as the NHMRC Special Unit, which in 1989 became the National Centre in HIV Epidemiology and Clinical Research and finally the Kirby Institute, honouring Cooper’s great friend and ally in promoting health as a human right, Justice Michael Kirby.

From this platform, pursuing a patient-centred agenda, Cooper made sure that every potential new therapeutic advance came to St Vincent’s and to Australian clinical sites more generally, as quickly as possible.  People with HIV in Australia were among the first in the world to get free access to AZT (zidovudine), the first drug to show therapeutic promise, via a nationally funded program managed through the new centre.

Cooper began to work closely with international colleagues, devising and implementing large trials of new antiretroviral drugs, combinations of antiretrovirals, immunotherapies and vaccines. He was respected in equal measure by his academic and clinical peers, by the pharmaceutical companies, who sought his expertise in trial design and access to his networks, and by the patients and their advocacy organisations, who trusted him to prioritise the most promising strategies into accessible research protocols that offered world’s-best practice care.

At a crucial time in global HIV history, Cooper was elected President of the International AIDS Society, serving in this role from 1994 to 1998, as well as playing an important part in the Society’s activities before and after this period. Much more than a professional or academic organisation, the Society has provided the global rallying point for the fight against HIV, through its regular conferences that are among the biggest health-related events in the world. The 1996 Conference in Vancouver, presided over by Cooper, marked the finding that HIV disease progression could be stopped by combining classes of the new anti-HIV drugs. Almost overnight, people with HIV who had been extremely ill were able to return to more or less normal lives through daily medication.

Cooper then made two strategic contributions that turned out to be as important as any of the vast body of medical research that he produced.

First, he made sure that the HIV conference in 2000 went to Durban, taking it to the heart of the region of the world most affected. This ambition required persuading the pharmaceutical companies, which provided substantial funding for running the conference, of the merit of staging it a place away from the usual northern hemisphere venues. For Cooper, it was the opportunity to promote the message that treatment needed to be available to all, not just people in rich countries.  Within a year of the conference, major global initiatives had been launched to pay for HIV treatment in low- and middle-income countries.

A second, and equally important initiative was the establishment of HIV-NAT, a partnership between the Netherlands, Australia and Thailand dedicated to improving HIV treatment in Asian countries. Cooper was one of the three founding directors and instigator of many of its activities. HIV-NAT brought world-class research capacity to the region and is now a Thai-led organisation recognised as the regional leader in all aspects of HIV research.

Over the subsequent two decades, Cooper remained in the forefront of HIV clinical research. With his colleagues at St Vincent’s he provided the earliest descriptions of one of the key side-effects of the new treatments, observations that inspired new directions in drug development. He took a leading role in many of the most important international trials that led to simplified, more effective and less toxic regimens, to the point that a single pill a day, started as early as possible in the course of infection, is now highly effective management for most people with HIV.

Cooper’s clinical acumen was as impressive as his research achievements. He maintained an active practice in HIV infection, autoimmunity and allergy throughout his career. His research agenda was driven by the problems he saw in front of him in his clinics and on the wards.  Patients found him to be a diligent and caring physician and he inspired several generations of medical trainees to follow his example as a clinician scientist.

By all of the “metrics” that academics are required to judge each other these days, Cooper was a giant, with prodigious counts of publications, citations, grant funding and doctoral graduates. It was in the most important, but less easily quantified metric that the scorer would have recorded Cooper as standing apart from the vast majority of his peers: his research had a direct and life-saving impact for so many people, in Australia and all over the world.

Under Cooper’s leadership, the Kirby Institute expanded its work to encompass prevention and treatment of a number of other important infectious diseases. These activities are united by a commitment to research that is a true partnership with those most affected by the health conditions under investigation. This principle was fundamental to Cooper’s approach to his work, and will be his lasting legacy for the Kirby Institute.

Cooper’s many friends and colleagues throughout the world have offered tributes this week, and the deepest sympathies to his wife Dorrie, their daughters Becky and Ilana and his whole family, who supported his work at every step and were so central to the person that he was.

Scientia Professor John Kaldor is head of the Public Health Interventions Research Group at the Kirby Institute, UNSW Sydney, and worked with David Cooper for over 28 years.

Professor Anthony Kelleher is head of the Immunovirology and Pathogenesis Program at the Kirby Institute; Acting Dean and Theme Leader at UNSW Medicine; and clinical immunologist and immunopathologist at St Vincent’s Hospital and SydPath in Sydney.