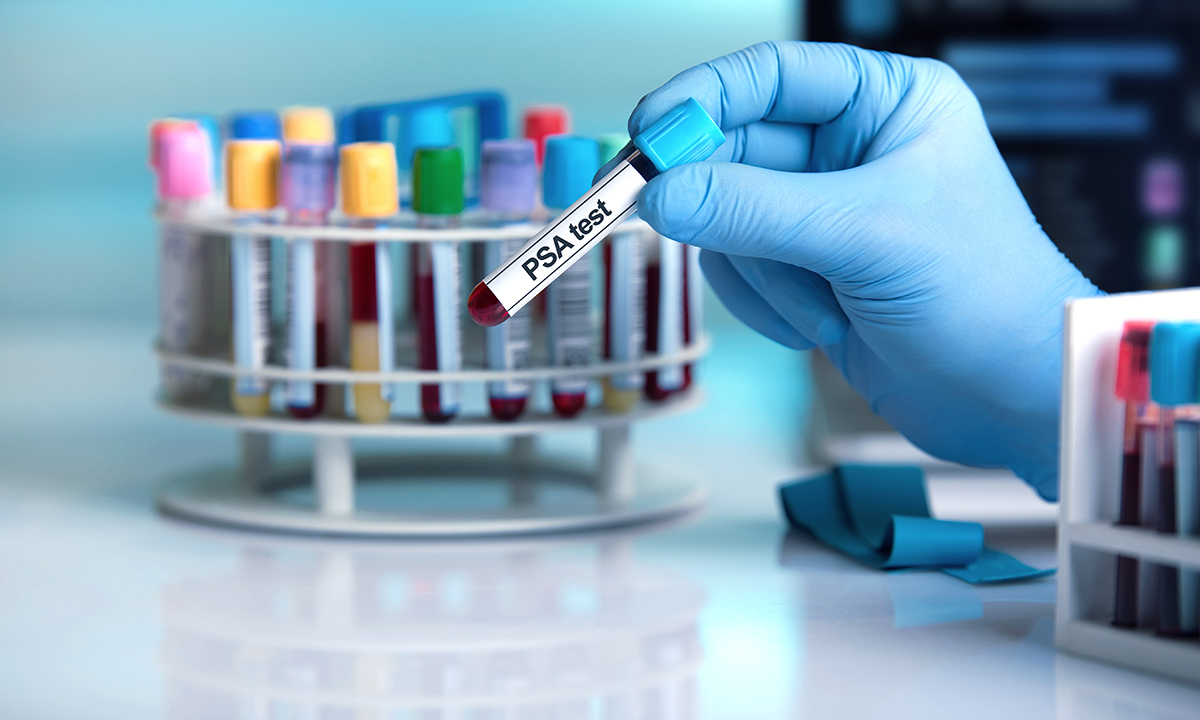 PSA screening for asymptomatic men: is the jury in yet?

THE HIGHLY contentious issue of screening for prostate cancer is back in the news after the publication of a large study looking at the effects of prostate-specific antigen (PSA) testing on disease-related mortality rates.

The CAP Trial – involving almost 600 GP practices across the United Kingdom and around 400 000 asymptomatic men aged 50–69 years – compared the outcomes of patients who were invited to have a one-off PSA test with a control group who were not. Around 40% of the men in the intervention arm took up the offer of a test.

After 10 years of follow-up, more cases of prostate cancer were diagnosed in the screened group (4.3% v 3.6%), but there was no difference between the two groups in the number of men who died from prostate cancer. The reason, the researchers say, is that most of the extra cancers picked up in the screened group were of low grade (Gleason Grade 6 or lower) and were therefore unlikely to lead to death. The study findings mirror those of other large trials of PSA screening, which have reported rates of overdiagnosis (detection of disease that would not affect a man in his lifetime) of around 50%.

“The findings do not support single PSA testing for population-based screening,” the study authors concluded.

In an interview on Radio National’s Health Report, lead author Richard Martin, a professor of Clinical Epidemiology at the University of Bristol in the UK, described PSA testing as “a blunt tool”. He said that what was really needed was “a better method of identifying aggressive tumours that will harm men”.

Could this study, and others like it, herald the end of PSA testing in asymptomatic men? That seems most unlikely, for a number of reasons.

One is that PSA testing is firmly entrenched in the Australian medical landscape, as shown in a just-published study in Nature Scientific Reports. The NSW research, based on a cohort from the 45 and Up study, found that over half of asymptomatic middle-aged and older men had had a PSA test within the 3-year study period, despite there being no national screening program for prostate cancer.

Second, the Urological Society of Australia and New Zealand (USANZ) remains a firm advocate for the test. In a media release in response to the new study, it says the PSA test “still offers the best hope for beating prostate cancer” and says that there are steps that can be taken to minimise any potential harms.

“It’s reinforcing what’s already been found, which is if you do PSA screening you turn up a lot of low grade cancers, and that’s not the group you necessarily need to treat. Nowadays, we would put these men in a surveillance program. The truth is PSA testing is happening, it’s out there, and inappropriate testing does occur. But we do have well developed guidelines in Australia, which suggest that it can be done in men aged 50–70 years, if the patient wishes it and if he has been appropriately informed by his GP of the potential benefits and harms.”

But the guidelines could also be seen as an exercise in buck-passing, putting the onus on the layman patient to make a decision, or having to rely on the recommendations of an individual GP who may have his or her own idiosyncratic take on what has become a highly partisan issue. Professor Sengupta says that he personally thinks it’s a good idea for asymptomatic men in the target age group to be tested.

“It’s imperfect, but it’s still the best way to pick up prostate cancer. What I think needs to happen is in the step after that, when we try to identify the cancers that need treatment, as distinct from the low risk ones.”

He says that one promising development is the increasing use of magnetic resonance imaging (MRI) as a tool for identifying which cancers need treatment.

“The future of this may well be that if the MRI is good enough, the men who won’t need treatment won’t necessarily have to undergo a biopsy. If they’re in the normal-appearing range, we’ll keep the patient in follow-up, but he won’t have a diagnosis of prostate cancer. He’ll just have something that we need to keep an eye on. That could remove some of the psychological burden of being diagnosed with a cancer.”

Ultimately, Professor Sengupta says, the way to minimise harms and maximise benefits is to perform PSA testing appropriately, with the appropriate safeguards, and do the follow-up.

In that regard, there may be further work to do, judging by the findings of the aforementioned 45 and Up study. The authors of that study found high levels of inappropriate testing: 41% of men in their 40s, 55% of men in their 70s and 30% of men aged over 80 years had had a PSA test within the study period. Non-clinical factors influencing the odds of having had a PSA test included frequency of GP visits, socio-economic group and marital status.

19 thoughts on “PSA screening for asymptomatic men: is the jury in yet?”